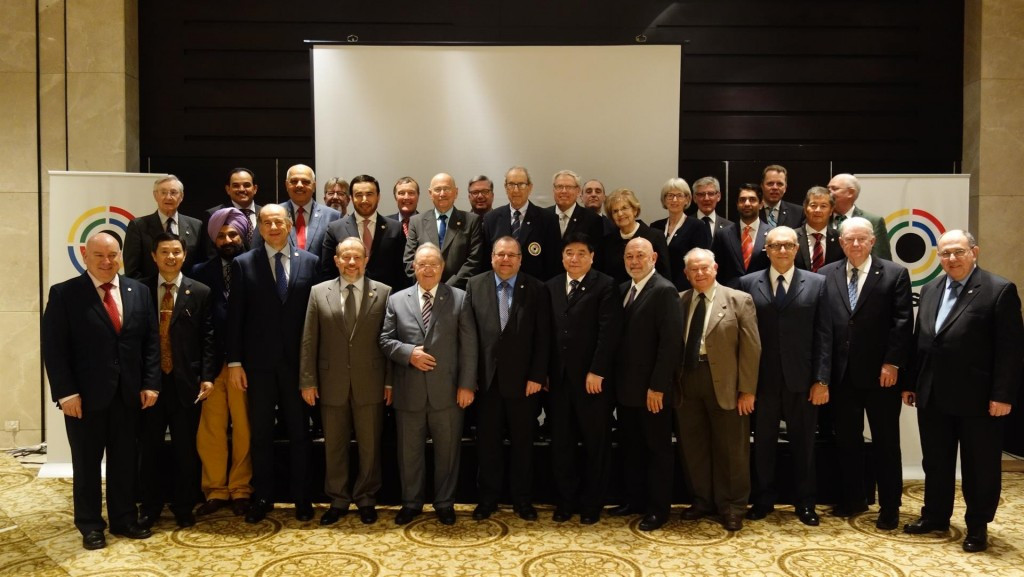 The International Shooting Sport Federation (ISSF) has approved plans for which disciplines they want to feature at the Tokyo 2020 Olympic Games.

During an ISSF Executive Committee and Administrative Council meeting held in New Dehli, India, on Tuesday and Wednesday (February 21 and 22), a move to implement the International Olympic Committee's (IOC) Agenda 2020 was unanimously agreed.

Part of the project set up by the IOC was to equal the balance between disciplines for men and women in the sports included on the Olympic programme.

These changes, which will be forwarded to the IOC before the deadline for Tokyo 2020 programmes on February 28, will see the men's double trap, 50 metre rifle prone and 50m pistol contests replaced with mixed gender team events in trap, 10m air rifle and 10m air pistol respectively.

The IOC Executive Board will make a final decision on the 2020 Olympic shooting programme later this year.

"We believe this is a fundamental step forward for our beloved sport," ISSF President Olegario Vázquez Raña said.

"We fully support gender equality, and our Committees have worked very hard to develop a Tokyo 2020 proposal that will support the future growth of our sport.

"We want to retain 15 Olympic events, preserve equality in our three disciplines - rifle, pistol and shotgun - and offer all female and male athletes the same opportunities.

"Shooting is one of the oldest and most universal sports of the world; inclusion is part of our DNA."

During the meeting, a decision was also made on where ISSF Championships for the 2018 and 2019 seasons will be held, apart from the Rifle and Pistol World Cup Final, where a choice of host is still being considered.

Al Ain in the United Arab Emirates will host the 2018 ISSF Shotgun World Cup Final, while Suhl in Germany has been given the 2019 Junior World Cup.

A full list of Championships and where they are being hosted can be found here.

Plans were also approved for a new Ad-Hoc Committee for Sustainability to be set up, which will be chaired by Jörg Brokamp.

The Committee will work on developing sustainability and environmental policies in the build-up to Tokyo 2020.

Tomorrow, the first competition of the ISSF World Cup season is set to begin in New Delhi.

Finals in the men’s and women’s 10m air rifle competitions and women trap will be decided on the first day.

Action is due to continue until the delegations depart on March 4.