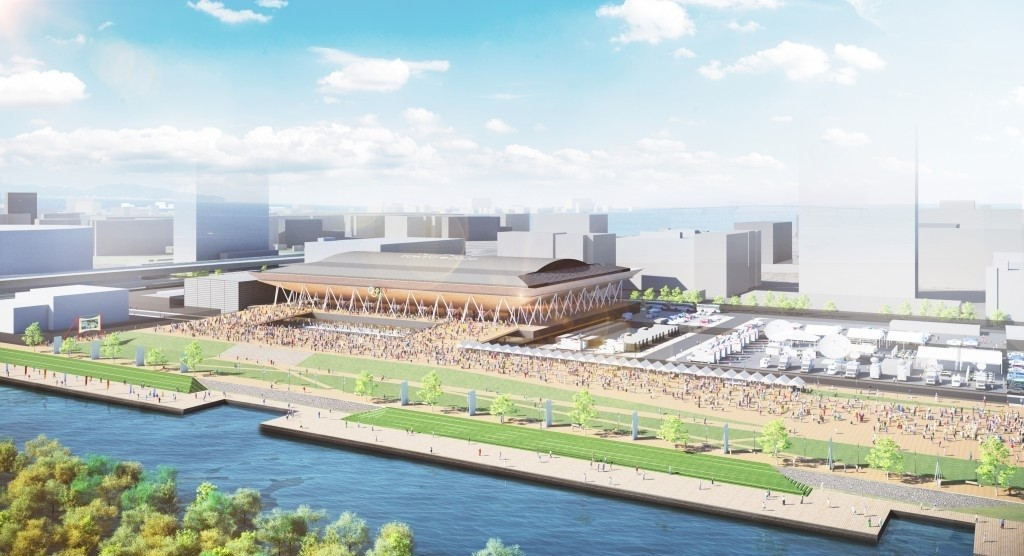 The cost of constructing the gymnastics venue for the 2020 Olympic Games in Tokyo has reportedly more than doubled as their concerns remain over the rising budget of the event in the Japanese capital.

It has been claimed the cost increase is due to a rise on construction prices across Japan, as well as making the facility more earthquake resistant.

Constructor Shimizu Corporation has won a contract to develop the venue, which is scheduled to be complete by October 2019.

Shimizu have vast experience in constructing sporting venues, with the Izu Velodrome being one of their previous projects, a due to feature at Tokyo 2020.

Organisers announced in March that the 12,000 spectator facility would no longer be a temporary venue, but would remain for a further ten years and become a convention and exhibition centre.

The venue, located in the Tokyo Bay Area, will stage boccia during the Paralympics.

Venue costs have been a major controversy in recent months following a report from a Tokyo Metropolitan Government Task Force commissioned by the city's new Governor Yuriko Koike, which proposed ways to reduce the growing budget of the Games.

They had proposed that venues for rowing and canoe sprint, volleyball and swimming be moved in order to help avoid the budget increasing to ¥3 trillion (£22 billion/$30 billion/€26 billion).

In a final Government report, it was proposed that a downgrading of the proposed Sea Forest course on Tokyo Bay from permanent to temporary status could cut costs from a projected ¥70 billion yen (£540 million/$660 million/€600 million) to around ¥30 billion (£230 million/$280 million/€260 million).

insidethegames understands the Sea Forest venue is the favoured proposal and is likely to be reconfirmed in the coming weeks.

It is expected that, if confirmed, the venue would have some adjustments to the original proposal.

There were no mentions of any venue switches during the Tokyo 2020 presentation to the Association of National Olympic Committees (ANOC) General Assembly here.

"We have promised the best athletes' experience for all athletes, even if they are competing in other parts of Japan,” Japanese Olympic Committee President Tsunekazu Takeda told delegates.

Basketball, cycling, taekwondo and surfing competitions are due to take place outside Tokyo.

It was confirmed by ANOC secretary general Gunilla Lindberg after the General Assembly that Tokyo would stage the event in 2018.

It will be easier for the Japanese capital to play host in 2018, the Swede said, than in 2020 in the same year as they are due to host the Olympics and Paralympics.