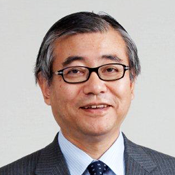 Tokyo 2020's rising budget has been blamed on "poor supervision" and a "lack of clear authority" by the head of the Metropolitan Government panel commissioned to investigate ways to cut costs.

Keio University Professor Shinichi Ueyama also promised that a final overall budget for the Olympic and Paralympic Games is expected to be capped before the end of the year.

Recommendations finalised by his Commission yesterday for changes to prospective venues for aquatics, volleyball and rowing and canoe sprint are currently being considered ahead of a final decision also expected next month.

They projected the budget could exceed ¥3 trillion yen (£22 billion/$30 billion/€26 billion) unless drastic changes are made.

"There is no proper mechanism in place [in the Organising Committee] to manage the entire budget, a real lack of governance," Ueyama told reporters when asked to explain the rise.

"There is nobody who has authority equivalent to a chief executive or chief financial officer as there is in a usual company.

"This is a source of great concern to us."

Japanese media claim the International Olympic Committee (IOC) are concerned that no budget has yet been set.

Ueyama's timetable of next month means it could be finalised at the IOC Coordination Commission inspection visit scheduled for December 1 to 2.

It is also expected to be discussed by the IOC Executive Board at its meeting in Lausanne on January 6 to 8.

The ¥3 trillion figure is a four-fold increase on the budget proposed by the Japanese capital during the bidding phase in 2013.

"When the first version of the overall budget comes out in December, costs for things like transport and security will be spelled out in detail, because the maths has to be done first," Ueyama said.

"The IOC will then relay their experience from past Olympic Games and after that, there will be specific discussions.

"I'm not too pessimistic about it."

Ueyama's Commission proposed that a downgrading of the proposed Sea Forest rowing and canoe sprint course on Tokyo Bay from permanent to temporary status could cut costs from a projected ¥70 billion yen (£540 million/$660 million/€600 million) to around ¥30 billion (£230 million/$280 million/€260 million).

This was described as the only realistic alternative to the Sea Forest venue.

But sports bodies have disputed this and claim only Sea Forest fills all of their criteria.

Others, including Tokyo 2020, have predicted that the Naganuma course would be even more expensive - something Ueyama has criticised.

"For the Organising Committee to say how much Miyagi - which is something we only started discussing this summer - will cost or that it will be more expensive than keeping it in Tokyo when they haven't even properly studied it is nothing short of unfair, in my opinion," he said.