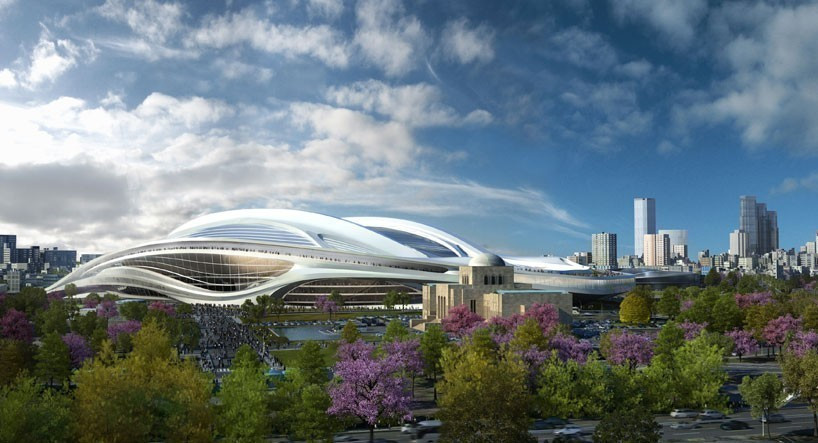 Zaha Hadid Architects have warned the competition process for the construction of the much-maligned Tokyo 2020 National Stadium could cause a “lower-quality” venue to be built which may cost “much more than anticipated”.

The London-based firm, who were behind the construction of the Aquatics Centre used for the 2012 Olympic Games, have teamed up with Japanese company Nikken Sekkei to form updated plans to design the Tokyo stadium after their initial idea was scrapped in July.

But with just one day remaining until the window for proposed entries closes, they have yet to find a suitable construction contractor to help carry out the project.

This has prompted them to claim the process has “restricted the existing design team, as well as many other Japanese and international architects that may wish to take part, from entering the new competition without a construction contractor”.

They have, however, vowed to “deliver the most cost-effective Stadium of the highest quality for the people of Japan that builds on their investment in the two years of comprehensive design work, is ready in good time for the 2020 Games and provides a new home for sport in Japan for generations to come”.

“These restrictions risk the project again facing the problem of a lack of competition between contractors that has led to increased construction costs and major delays,” a Zaha Hadid statement read.

“The risk also remains that a restricted competition with the fixed construction deadline will lead to a rushed design and lower quality Stadium that costs more than anticipated, may not be ready in time and does not provide for a sustainable and productive long term use.

“The design team remains ready to work with a construction contractor, the National Government and Tokyo Metropolitan authority to deliver a revised National Stadium design of the highest standards and value for money, ready for all athletes and spectators of the Tokyo 2020 Games, and go on to host national, international, local and community events for the next 50-100 years.”

The development comes after Japanese Prime Minister Shinzō Abe scrapped the original plan for the Stadium last month, due to be built on the site of the arena used for the 1964 Olympics, in the face of public criticism after its costs rose to ¥252 billion (£1.3 billion/$2 billion/€1.8 billion), nearly twice original estimates.

The Japanese Government announced a revised budget of JPY ¥155 billion (£800 million/€1.1 billion/$1.3 billion) but concerns still remain over whether a suitable venue can be constructed in the relatively short time-frame.

It was due to be used as part of Japan’s hosting of the 2019 Rugby World Cup and Zaha Hadid have claimed they would be able to get it ready in time for the event in four years’ time should they be awarded the construction contract.

The timeline remains tight, with the Government having put forward a final completion date of March 2020, although they will aim to be ready two months earlier in January in order to comply with an International Olympic Committee (IOC) request.