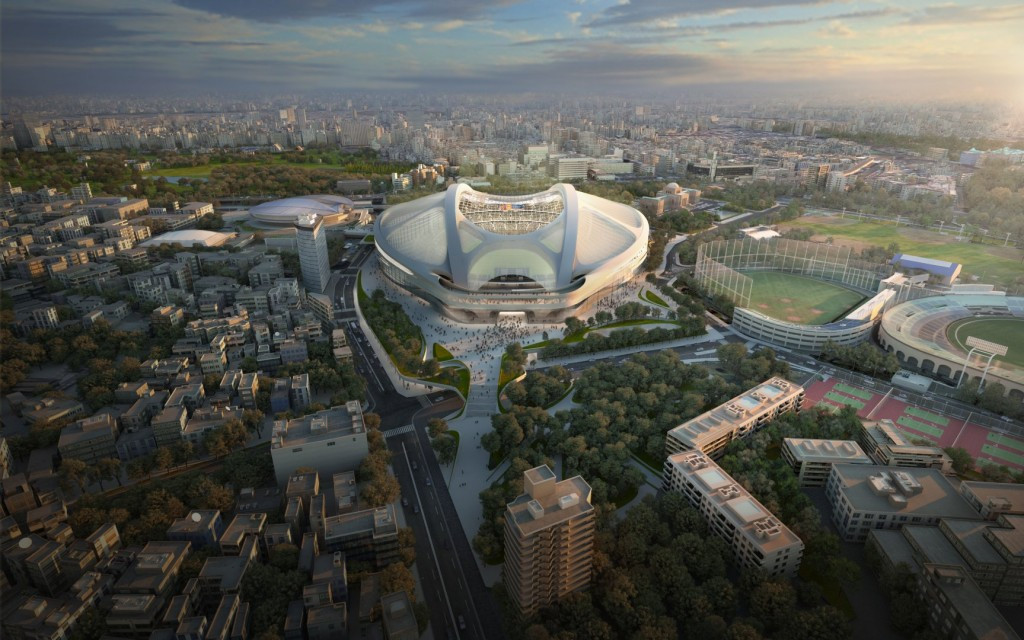 Zaha Hadid Architects have launched a campaign to have its original design for the National Stadium in Tokyo built for the 2020 Olympic and Paralympic Games in the Japanese capital, promising they will modify some aspects of it to help keep costs down.

Japanese Prime Minister Shinzō Abe last month scrapped the original plan for the Stadium, due to be built on the site of the arena used for the 1964 Olympics, in the face of public criticism after its costs rose to ¥252 billion (£1.3 billion/$2 billion/€1.8 billion), nearly twice original estimates.

The Japanese Government re-opened the tender process with a budget of ¥134 billion (£692 million/$1.1 billion/€1 billion).

The London-based Zaha Hadid Architects have now released a 23-minute video and 91-page report on the firm's website warning that the Japanese taxpayer faced the prospect of a new design costing even more if their plan was scrapped completely.

The firm claimed the increase in the cost of the Stadium is due to a 25 per cent rise in costs across Tokyo's construction market over the past two years.

They warned it could be impossible to create an equivalent stadium for less money.

"The design should be seen as the only way to achieve value for money in the market," Zaha Hadid Architects said in the film.

"To start the design from scratch is an unnecessary risk which we think the [Japanese] Government should reconsider if its aim is to achieve a lower price than ¥252 billion.

"We believe the answer is to introduce more competition between the contractors but to not lose the benefits of the design.

"A new concept design submitted with a price can not be trusted after five months of design work.

"It takes much more time to determine a design with complete price certainty, and by the time that certainty is achieved it will be too late.

"The Japanese public will get less value for money with this approach."

Japan's Olympics Minister Toshiaki Endo revealed today that the Government will pick the design that gets the highest evaluation, and that Hadid's proposal could be chosen when a decision is made, possibly as early as by the end of this week.

The video claimed that by revising the plan and holding competitive bidding, the Stadium could be built less expensively without changing the basic design.

Revisions would include no air conditioning for spectator seating as well as a smaller capacity than the original 80,000 proposed.

Zaha Hadid Architects also claimed that if they are chosen they could still complete the work in time so that the Stadium could host the 2019 Rugby World Cup, which Japan is hosting.

"It is a unique design which has been thoughtfully developed over two years to be not only beautiful but compact and efficient for this specific and special location in Tokyo," Zaha Hadid Architects said in the video.

"The current design encapsulates all of the lessons learnt from our direct experience of other Olympic stadiums."