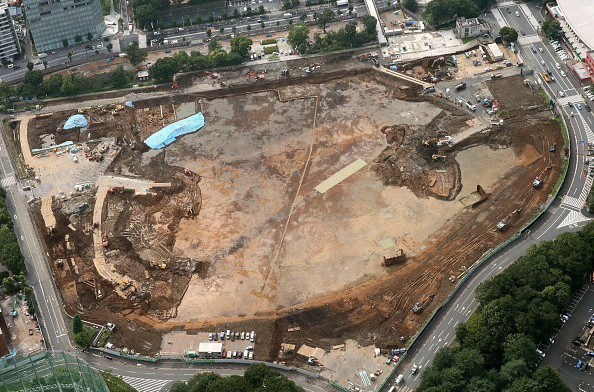 A deadline of the end of next month has been imposed on organisers of the 2019 Rugby World Cup in Japan to find a replacement venue following the "disappointing decision" of the Government to remove the new National Stadium from the list of venues.

Initial plans to develop a National Stadium for both the World Cup and the following year's Olympic and Paralympic Games were scrapped last month on the orders of Prime Minister Shinzō Abe as costs soared to ¥252 billion (£1.3 billion/$2 billion/€1.8 billion).

The old National Stadium, which hosted the 1964 Olympics, was demolished earlier this year.

A new downscaled design is currently being drawn-up, but, despite a request from the International Olympic Committee for it to be completed by January 2020, it is not expected to be ready until March, meaning there is no chance of the Stadium being used for the World Cup.

In a strongly-worded statement today, World Rugby claimed the "new National Stadium was due to be the centrepiece of an exciting programme of 12 host venues", with its loss having "significant impact" on "critical" aspects of the tournament including "overall ticketing capacity and tournament budget".

They added: "These are critical to an event that is the lifeblood of the game, underpinning its growth worldwide and the financial support of 120 national rugby Federations."

Following "detailed and positive consultation" with organisers, World Rugby is seeking "formal reassurance regarding the following key hosting criteria by the end of September in order to undertake a thorough review and analysis of the information".

This will consist of both a "revised detailed host venue proposal that delivers exceptional team and fan experience, maximising opportunities for fans to be a part of rugby’s showcase event", as well as a "revised tournament budget with appropriate financial security".

"World Rugby remains confident that the criteria can be met by the Japan Rugby 2019 Organising Committee and that the first Rugby World Cup in Asia will be a resounding success," the statement concluded.

Japan 2019 are yet to publicly react to the statement but have previously said they are in the process of finding an alternative venue.

A possible ray of light was provided yesterday after Zaha Hadid Architects, the British-based firm that designed the abandoned plans, announced that if they are chosen to adopt a new plan they could still complete the work in time so that the Stadium could, after all, host the Rugby World Cup.

Their new design would include no air conditioning for spectator seating as well as a smaller capacity than the original 80,000 proposed.