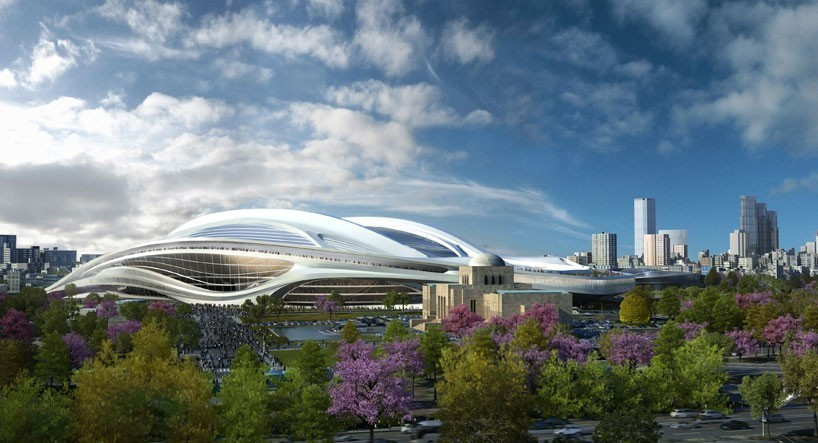 Zaha Hadid Architects have teamed up with Japanese design and engineering company Nikken Sekkei to form updated plans to design the Tokyo 2020 Olympic Stadium after their initial idea was scrapped in July.

Japanese Prime Minister Shinzo Abe announced the scrapping of the project amid soaring construction costs and a growing public backlash, casting a shadow over preparations for the Games.

Japan's Sport Council, the Government-arm in charge of selecting bidders for the plan, started seeking new proposals last Tuesday (September 1), with a final selection not scheduled until late December.

But Zaha-Hadid, the firm best known for designing the Aquatics Centre for the London 2012 Olympic Games, have since insisted their modified plans can still be a success.

They will revive their partnership with Nikken Sekkei, who completed the framework, schematic design and detailed design development stages of the initial designs, vowing to produce “the most cost-effective delivery plan”.

"Our team in Japan and the UK have worked closely with Nikken Sekkei to develop a design for the new National Stadium for Japan that meets the Government's core principles and it is an honour to be invited to progress the design together with Nikken Sekkei to the revised technical brief," said Zaha Hadid in a statement today.

"While the new selection criteria and scoring system places greater emphasis on costs and construction time, it also requires the delivery of a stadium that is celebrated not only by all Japanese, but also all athletes, spectators and people around the world.

"Therefore the highest standards of architectural planning and design are essential, in addition to the detailed considerations of the stadium’s cost and construction time."

The team have already spent a "tremendous amount of time on a very comprehensive analysis of the unique characteristics of this sensitive site", as well as the most efficient planning for athletes, spectators and the Stadium’s long-term management operations.

"Detailed plans" to optimise safety, comfort, and the integration with  surrounding natural environment, have been fully developed, which includes "in-depth discussions with all local authorities; resulting in over 4,000 drawings of detailed design development".

This means they are "technically ready" to start construction.

"We believe the best way to respond to the new brief is to maximise the use of the expertise gained by the design team over the past two years," added Nikken Sekkei.

"Our company is certain that retaining the team of design supervisor and designers can deliver the best National Stadium and we have invited Zaha Hadid Architects to join the design team.

"Applying this knowledge and experience of the project, this team can further develop the design to the new brief as a cost-effective proposal to realize the world’s best National Stadium."

Challenges remain, however, with a contractor able to commit to the lower cost and time constraints of the new specifications still to be found, with the initial contractors who worked with Zaha Hadid no longer involved.

Timelines also remain tight, with the Government having put forward a final completion date of March 2020, although they will aim to be ready two months earlier in January in order to comply with an International Olympic Committee (IOC) request.

Zaha Hadid have also vowed that, if they get the green-light in December, they will be able to complete the Stadium in 2019, in time for the Rugby World Cup, something which had been thought impossible since the initial design was scrapped.