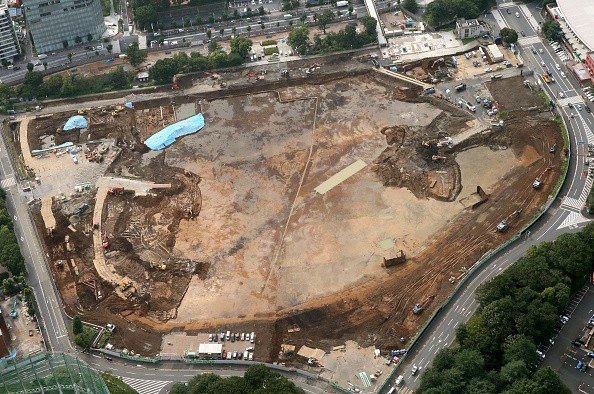 Japan is to launch a new international design competition to choose a stadium to be the centrepiece of the 2020 Olympics and Paralympics in Tokyo, it was announced today.

It follows the decision last Friday (July 17) by Japan's Prime Minister Shinzō Abe to scrap the original controversial design by Iraqi-British architect after the cost of building it had soared to  ¥252 billion (£1.3 billion/$2 billion/€1.8 billion).

Japan's Sports Minister Hakubun Shimomura today laid out a new timetable for the construction of the arena which is to be built on the site of the Stadium which hosted the Olympics in 1964, the last occasion Tokyo staged the Games.

The plan is to launch a design competition to choose a new design and builder this autumn and begin building next January or February.

Japan had originally planned to start construction of the new stadium in October and complete it in May 2019 so that the new facility would be ready in time for the Rugby World Cup that year.

Abe has admitted that the decision to drop Hadid's design means the new stadium will now not be ready in time for the Rugby World Cup and officials are currently seeking an alternative venue.

Hadid's design, featuring two gigantic arches over the Stadium and which had been compared to looking like a bicycle helmet, was chosen by the Japan Sports Council in November 2012 following an international design competition.

The design, however, attracted widespread criticism from prominent Japanese architects.

Arata Isozaki, considered one of Japan's greatest-ever architects, had claimed it looked “like a turtle waiting for Japan to sink so that it can swim away”.

In the end, however, it was the raising costs that caused the most controversy and led to Abe stepping in.

Jim Heverin, the project director of Zaha Hadid Architects, denied that the cost of the new Stadium had risen because of the complicated nature of its design.

He claimed it was because the cost of materials and labour had risen substantially in Japan.

Shimomura revealed today that he was planning to set-up an independent inquiry into why the costs had risen so much.

Shimomura said he will discuss with Japan's Olympics Minister Toshiaki Endo and the Prime Minister's office details of the inquiry.

Japan's Infrastructure Minister Mr Akihiro Ota promised today his department will offer as much help as possible to ensure the Stadium is completed in time for the Olympics.