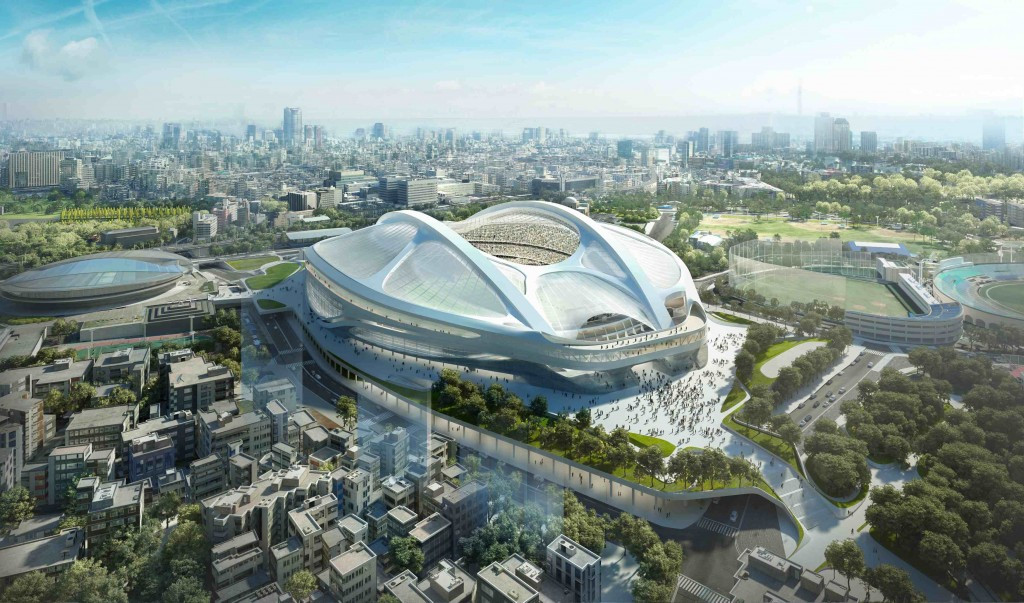 The architect who oversaw the selection of plans for Japan's controversial new National Stadium, which will be the centrepiece for the 2020 Olympics and Paralympics, defended the the decision to choose a design by Iraqi-British architect Zaha Hadid which is now set to cost $2 billion, nearly double the original estimate.

Last month's announcement that costs for the new Stadium had risen to ¥252 billion (£1.3 billion/$2 billion/€1.8 billion) has provoked huge controversy in Japan, putting the country's Prime Minister Shinzō Abe under severe pressure to intervene and choose a new design.

Tadao Ando, the architect who headed a committee that chose Hadid's design in a 2012 competition, said he wanted the design - compared by critics to a spaceship and bicycle helmet - to stay, and that the soaring costs was not his fault.

The original cost when the design was chosen nearly three years ago ¥134 billion (£692 million/$1.1 billion/€1 billion).

"Just like all of you, I want to ask, why does it cost ¥252 billion?" he told a packed press conference in Tokyo today.

"Aren't there ways of bringing this down?

"As a citizen of this country, I think that surely something can be done.

"We have to adjust this.

"But we can't abandon Zaha.

"If we do, we'll lose international trust in Japan.”

Ando, who has suffered from poor health recently, including having major surgery last year in which his pancreas and spleen were removed, claimed costs crept up during later stages of finalising the design which he, and the committee, were not part of.

"I really want to keep that design but the price doesn't match," Ando said.

"I thought Japan could carry this off when a lot of other places couldn't."

Abe's Government is already under public pressure after introducing a series of National Security Bills which would allow Japanese troops to fight abroad for the first time since the end of World War Two, including being able to come to the rescue of allies under attack even if Japan itself has not been attacked.

That involves reinterpreting Japan’s pacifist constitution, which limits the military’s role to self-defence.

Soaring construction and labour costs, along with a rise in Japan's sales tax, are blamed for much of the price surge for the cost of the Stadium.

"While listening to the voices of the people, I want to push forward with preparations to make the Olympics a success," said Abe, defending the costs of the Stadium.