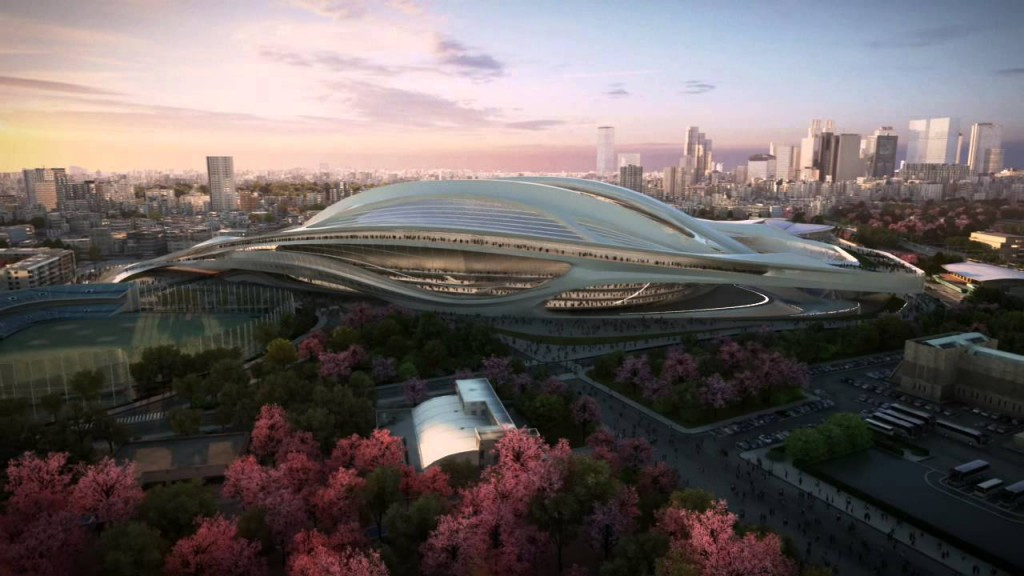 There are fresh doubts over the construction of the main stadium for the 2020 Olympics and Paralympics in Tokyo with with the Japanese Government facing severe pressure over the soaring costs which means it will now cost more than $2 billion (£1.3 billion/€1.8 billion).

Olympics Minister Toshiaki Endo acknowledged at a Diet Committee meeting that total construction costs have "substantially increased" and the Government "must provide a thorough explanation to the public" regarding why it has risen from ¥162.5 billion ($1.3 billion/£831 million/€1.2 billion) in the Tokyo 2020 Bid Book to ¥252 billion (£1.3 billion/$2 billion/€1.8 billion).

Sports Minister Hakubun Shimomura said at the same meeting he considered revising the construction plan after hearing from contractors and architect Fumihiko Maki, who proposed to do away with the two-arch structure and roof of the initial plan, but redesigning meant the stadium would not be finished in time for the Rugby World Cup 2019 that Japan is also hosting.

The existing design featuring two gigantic keel arches forming the backbone of the roof of the Stadium, conceived by Iraqi-British architect Zaha Hadid, has drawn public criticism for being expensive.

The Japan Sports Council (JSC) decided last week to go ahead with construction in accordance with the original design, ignoring widespread criticism that blames the controversial design for much of the planned structure’s enormous cost overrun.

The original estimate for building the Stadium, which is being built on the site of the stadium that hosted the 1964 Olympics,  when Hadid was chosen in an international design competition in November 2012 was ¥134 billion (£692 million/$1.1 billion/€1 billion).

The price has now almost doubled, even after the introduction of cost-cutting measures such as postponing the construction of its retractable roof until after Tokyo 2020 and making 15,000 of its total 80,000 seats removable.

The JSPC blame the engineering challenge of building the Stadium’s unique structure for adding ¥76.5 billion (£40 million/$61 million/€56 million) to the cost , while blaming another ¥35 billion (£18 million/$28 million/€26 million) on a raise in the costs of manpower and construction materials.

JSC officials claim that Japan would be breaking the international commitment it made in its campaign to host the 2020 Olympics and Paralympics if they fundamentally changed the design of the Stadium, and that it was their responsibility to keep the core of the original design intact.

A poll published by Japanese national broadcaster NHJ found that 81 per cent of people disapproved of the plans to build the Stadium without changing its design.

NHK telephoned men and women aged 20 or over across Japan for three days from last Friday.

Only 13 per cent were in favour of the Stadium.

The Government is expected to make a final decision by the time of the International Olympic Committee's Session in Kuala Lumpur on July 31 and August 1.

Japanese officials in charge of organising the 2019 Rugby World Cup are claiming, publicly at least, that they are confident it will be completed in time for them to host matches there, including the final on October 20 that year.

"We believe the Stadium will be built in time," said Akira Shimazu, chief executive of Japan 2019.

But he also warned that they needed the Stadium to be completed by May so that they can hold a test event there.

Jim Heverin, the project director from Zaha Hadid Architects, is confident that the Stadium will be the best in the world when it is finished.

"It is an honour to be working with our Japanese partners to create a new National Stadium that will be a new home for sport in Japan, ready to welcome the world for the 2019 Rugby World Cup and Tokyo 2020 Olympic and Paralympic Games," he said.

"Our team in Japan has been developing the final design with the Japan Sports Council to meet the need for a user-focussed, efficient and adaptable new National Stadium for Japan's sporting bodies, community associations, participants and fans, for many generations to come.