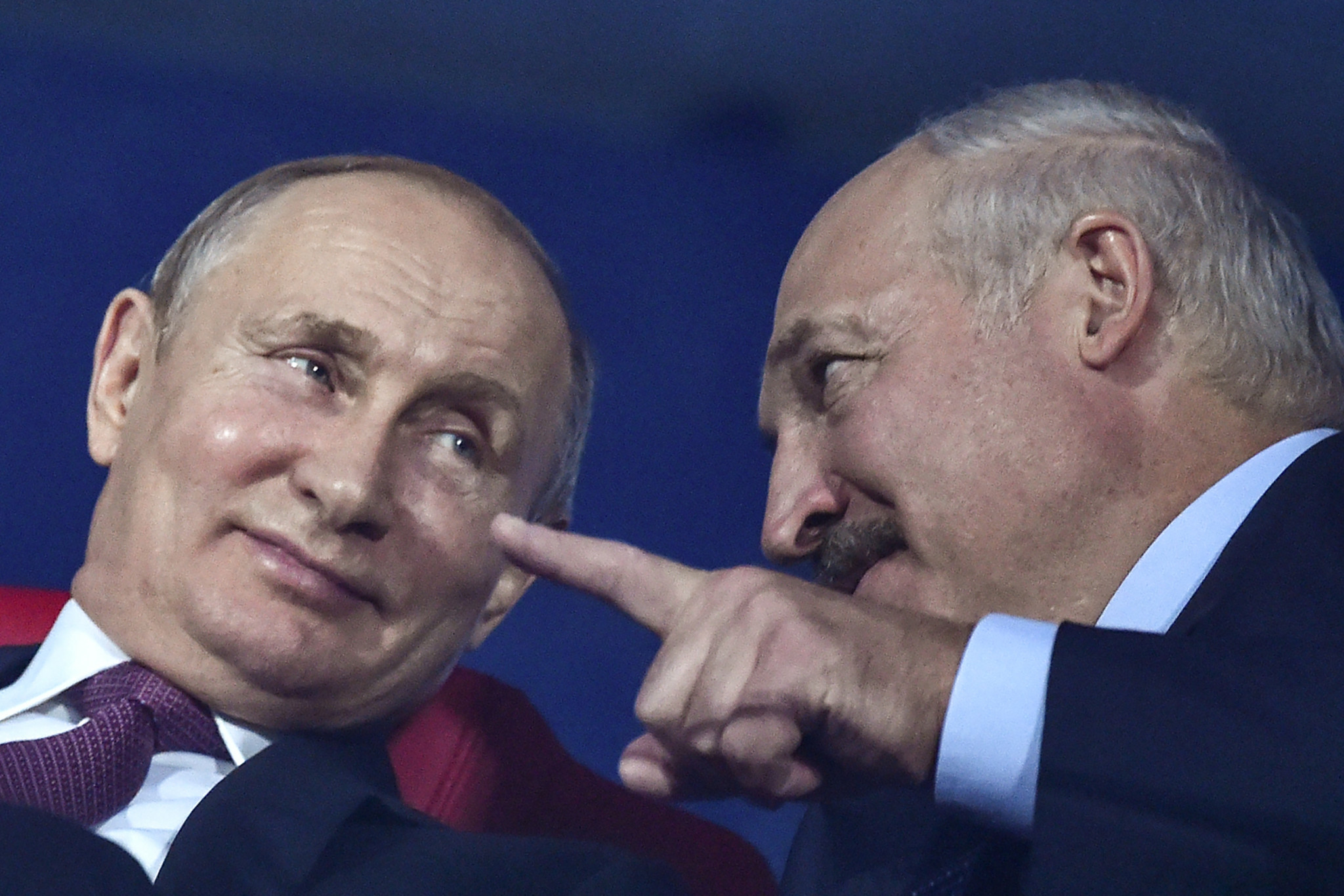 Two flagbearers in last night’s European Games Closing Ceremony have revealed details of their reaction to hearing about the honour being bestowed upon them.

Brice Leverdez of France, who took the silver medal in the badminton after a prolonged struggle in the men’s singles final, commented: "You know what?

"I was in the shower, and the guy just came into the room and I was naked.

"He said, 'Okay, I'll give you two minutes,' and then he said, 'Do you want to be the flagbearer?'

For Spain’s karate queen Sandra Sánchez, who retained her European Games kata title in Minsk, the news of her choice to bear the national flag provoked an immediate reaction:

"Smile from ear to ear," she said.

The full Closing Ceremony speech of the Belarus President Aleksandr Lukashenko, who sat alongside other Presidents, including Russia’s Vladimir Putin, during the proceedings, makes for interesting reading:

"Just a few minutes are left before the final chords of the 2nd European Games.

"They were a triumph of spectacular, unforgettable impressions and strong emotions.

"They brought about every emotion: joy, happiness and disappointment. Such is His Majesty the Sport!

"It was a festival of friendship and unity, tense and passionate competitions that united millions of Europeans into one big family.

"But above all, it was a gift we gave to ourselves, Belarusians, as an evidence of our capability and the proof that we can move mountains, but only when we are together!"

Lukashenko, who is also President of the National Olympic Committee of the Republic of Belarus, claimed the Games had opened the rest of Europe's eyes to his country.

"We have widely opened to the guests all the doors of Belarus, a middle-size European country, living and developing according to her own laws and traditions rooted in her rich history," he told the crowd.

“A country that creates no problems for anyone or makes any claims against its neighbours.

“And our neighbours are very different and sometimes not easy to get along with.

“For ten days a warm atmosphere of mutual respect has been reigning in the Minsk arenas.

“All of you, residents and guests of Belarus, have created it.

“This atmosphere was brought about by everyone who loves sports and believes in the power of the Olympic mission, aimed at preserving peace on Earth.

“The embodiment of this great idea was the Flame of Peace, a symbol of the Second European Games.

“Before we put out this Flame, let us thank all those who have contributed to the success of these competitions.

“Our thanks go to the organisers for the high level of competitions and celebrations.

“We thank the journalists who, in a sportingly brisk and vivid manner covered all the events, timely bringing to their viewers and readers the most spectacular episodes of the Games.

“We say our word of gratitude to the referees for their honest and impartial work.

“And, of course, we express our appreciation to all the athletes who have selflessly defended the sporting honour of their countries, and entered the history of the Second European Games with spectacular records and bright victories.

“Our special thanks to the volunteers who have been working almost round-the-clock, helping make the stay of our guests and athletes in Belarus as comfortable as home.

“Without your help it would have been impossible for us to create such a warm, sincere and welcoming atmosphere."

"A great 'thank you' to the fans whose ardent support has been inspiring the participants of the competitions, charging them with confidence in their success and helping conquer the desired heights," he told a delighted audience.

"You have visited the country, beautiful and very comfortable for living and recreation, met a kind and diligent people living without wars and upheavals.

"And if you want to feel the calmness once again, come to us in Belarus.

"Well, as for you, Mr Lesik - you deserve our special appreciation. Your friendly hugs, unsurpassed artistry will remain forever in our memory.

"You have won our hearts! And we want to believe that, having gone into your fairy forest, you will not forget us and come back again and again.

"The most touching and the saddest moment has come – we are closing the Second European Games. We do not say "goodbye". We say: see you again in Belarus! Any time. You are always welcome here.

"Of course, we shall be all looking forward to the next European Games. May their history be long and glorious!"