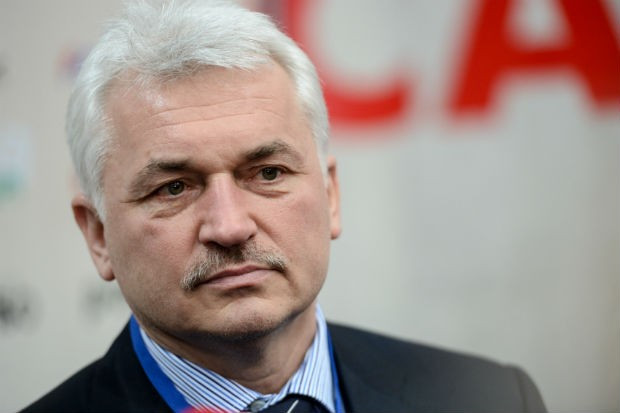 All-Russian Sambo Federation President Sergey Eliseev has said the reaction to "neutral" Russian athletes at the World Sambo Championships in Bishkek was positive, despite the ongoing invasion of Ukraine.

Athletes from Russia and Belarus were allowed to compete at the World Championships as part of an International Sambo Federation (FIAS) team, as decided by the FIAS Executive Committee.

Both nations' athletes have been impacted by the war, due to a recommendation from the International Olympic Committee (IOC) to indefinitely suspend them from international sport.

The FIAS has banned the flags and anthems of Russia and Belarus, but stopped short of implementing the IOC guidance in full.

Eliseev, who is also a FIAS vice-president and the European Sambo Federation President, insisted that the sambo community made the athletes feel welcome at the competition.

"We have no problems with athletes or with the heads of federations of other countries," said Eliseev to Russian state news agency TASS.

"A wonderful environment, excellent attitude towards our athletes, including from foreign athletes.

"Nothing has changed - everything is as it was, and sambo has its own family, we treat each other very positively, the atmosphere here is completely different.

"No demarches in relation to us - only everyone supports each other.

"Despite the fact that all the fights are fierce, after then they shake hands with each other and go to drink tea together."

Shestakov is Russian like Eliseev and the country is sambo's preeminent force.

"There is a decision of the International Federation, there is a positive and understanding of all countries, and no one wants to remove and remove someone," Eliseev said, as reported by TASS.

"The position of the International Federation and countries is adequate - sport is out of politics, and not in words, but in deeds."

That was more than any other team.

Only two categories did not feature a Russian on the podium.

Ukraine boycotted the tournament as a result of the inclusion of Russian and Belarusian athletes.