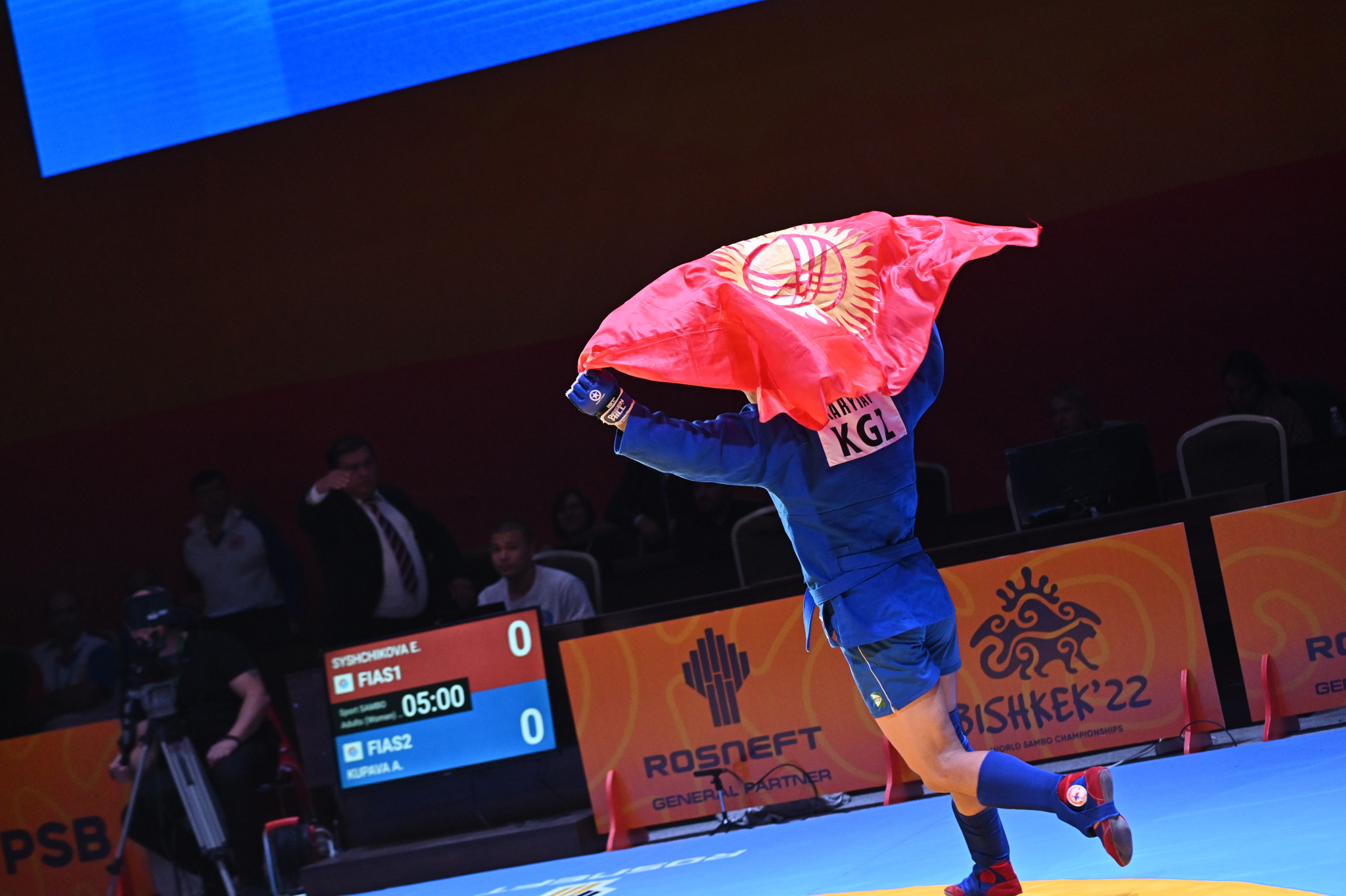 On a day where the neutral International Sambo Federation (FIAS) athletes dominated, Kyrgyzstan's Bekbolot Toktogonov stole the show in front of his home crowd, becoming the nation's second gold medallist in as many days at the FIAS World Sambo Championships here.

Toktogonov started well in the men's over-98 kilograms final in Bishkek by getting the opening point against his opponent, Mongolian Purevedor Damdinsuren.

A second score for the home favourite seemed to put the bout beyond doubt, but Damdinsuren got one back with 30 seconds to go.

Dramatically, the Mongolian fighter put Toktogonov out the ring area with a second to go, leading to a referee's review to see if he would get the equaliser.

Instead, another point was given to Toktogonov to the delight of the crowd, meaning Kyrgyzstan got its second gold of the tournament, with the score finishing 3-1.

Aside from the popular victory, five FIAS neutral athletes, all from Russia, claimed world titles in impressive fashion.

One of them went to Shamil Zilfikarov in the men's under-71kg final, who defeated Feliks Ulanbekov, denying a Kyrgyz victory in the opening bout.

In a fluid match which saw very few stoppages, both athletes came close to scoring a point, before Ulanbekov slapped on an arm submission with 30 seconds to go, forcing the home favourite to tap out.

That was followed by up a victory for Karina Cherevan - who won her semi-final in just 16 seconds with a straight ankle lock - was able to do the same in the women's under-65kg final against The Netherlands' Sem van Dun.

In the other women's final, Olesia Posylkina defeated Volha Maleika from Romania in the under-72kg bout by virtue of a better technical approach.

Sergey Ryabov was the FIAS' other victor, defeating Davit Grigoryan, tripping him up and ending the match by pinning his foe to the ground in the men's under-88kg final.

The only other winner today was Mongolian Bayanduuren Gantumur in the men's combat under-58kg final, defeating Lutfilla Saydamatov from Uzbekistan with a superb comeback in the final minute of the bout.

The last seven champions are to be crowned tomorrow in Bishkek.