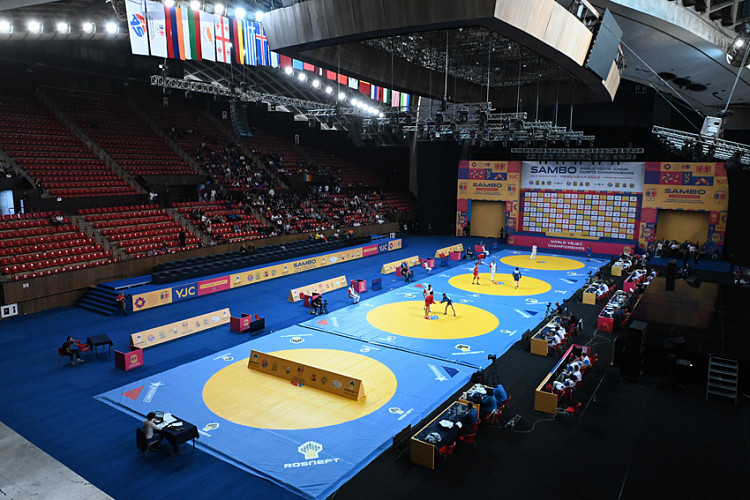 Kyrgyzstan is set to host the World Sambo Championships for the first time in the competition's 49-year history, with athletes from more than 50 nations due to compete in Bishkek, including Russia and Belarus.

In most international sports, athletes from Russia and Belarus are unable to compete due to the war in Ukraine, however, the International Sambo Federation (FIAS) has allowed Belarusian and Russian competitors to participate under the FIAS flag and anthem.

Ukraine objected to this decision and as a result has decided to boycott the World Championships.

Nevertheless, there are 53 national teams competing in total, including the neutral teams of Russia, Belarus and France.

The latter currently competes neutrally due to governance disputes at national level.

A refugee team will be on the entry list for the World Championships for the first time too.

There is to be 21 world champions crowned in Bishkek at the Sports Complex Gazprom for Children, with seven each in women's and men's sport sambo, as well as seven in combat sambo.

Burkina Faso, Djibouti and Saudi Arabia are all competing for the first time at the flagship FIAS event.

Seven gold medallists are to be crowned on each day of competition, with the final day scheduled for Sunday (November 13).

The FIAS Congress is to coincide with the World Championships, taking place tomorrow.