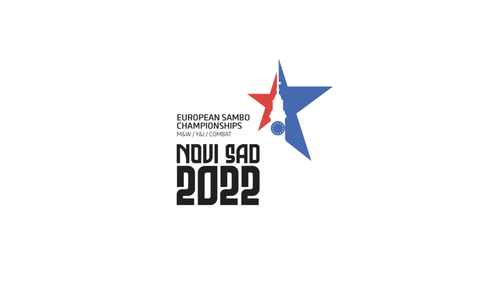 The clock tower at Petrovaradin Fortress has been given a starring role in the logo for this year's European Sambo Championships.

The tournament emblem is a star in the Serbian national colours - red, white and blue - with the clock tower's outline in the middle.

It has been revealed with the event now fewer than two months away.

The European Championships had been scheduled to take place in Yekaterinburg in May, but an International Sambo Federation (FIAS) ruling that sanctioned events cannot take place in Russia or Belarus because of the war in Ukraine saw the event moved to Novi Sad.

The Serbian city is no stranger to being a replacement host for a major sambo event, having staged the World Championships in 2020 when Turkmenistan's capital Ashgabat pulled out.

Age-group European Championships were also combined with the senior event when the 2022 edition was moved.

Senior, junior and youth competition is set to take place between September 15 and 18.

Twenty-one senior titles are due to be awarded, across seven women's, seven men's and seven men's combat sambo weight divisions.

Russian and Belarusian athletes are set to be able to be allowed to compete under the FIAS flag, in a departure from most sports where they are banned outright.