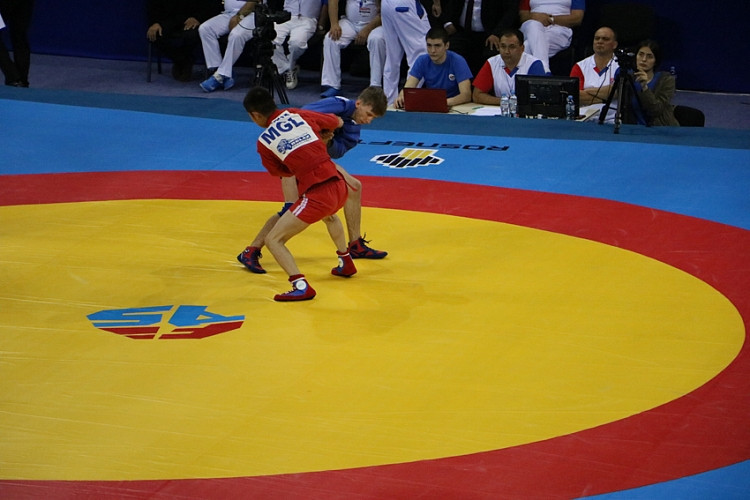 Sambo events will not take place in Russia "indefinitely", the world governing body of a sport whose origins are rooted indelibly in the country, announced tonight.

The International Sambo Federation (FIAS) released a statement to confirm they were following guidelines issued by the International Olympic Committee (IOC) last week following Russia’s invasion of Ukraine that events should not be held in Russia or Belarus.

"Our first and highest priority is to protect the safety of our athletes and all those travelling to and participating at FIAS events," the statement said.

"Due to heightened security concerns and recommendations from the IOC the FIAS has suspended all FIAS events taking place in Russia and Belarus indefinitely.

"We will continue to monitor this situation closely and review on an ongoing basis.

"Any further course of action will be decided based on a thorough risk assessment and the advice we receive from security experts and the relevant authorities."

The most high-profile event to be affected by the decision not to hold events in Russia will be the European Sambo Championships, which was scheduled to be held in Yekaterinburg between May 27 and 29.

Russian and Belarus athletes will also be prevented from competing under their own flags.

Russia were already forced to compete as the All-Russian Sambo Federation at last year's World Championships due to sanctions applied by the World Anti-Doping Agency after being found guilty of state-sponsored doping.

At last year’s FIAS World Championships in Tashkent in Uzbekistan, Russia and Belarus finished first and third on the final medals.

Russia won a total of 18 medals, including eight gold, while Belarus won eight, three of them gold.

This year’s World Championships are due to take place in Ashgabat in Turkmenistan between November 11 and 13.

Vladimir Putin is a former Honorary President of FIAS, a post he was appointed to in 2005 but stood down in 2011.

Putin has claimed that sambo "is a national sport" in Russia and promised to campaign on its behalf to get it included on to the programme of the Olympic Games.

Sambo originated in Russia in the 1920s, when soldiers of the then-Soviet Army developed their own hand-to-hand combat technique.

The word Sambo is a Russian acronym, which stands for "self-defence without weapons".

Putin is a skilled exponent of sambo, along with judo, and FIAS' Russian President Vasily Shestakov has previously claimed that he could have been a top-level competitor if he had not decided to concentrate on his career.

"Sambo and judo may have lost a great athlete, but the country has found a great President," Shestakov, a former member of the Russian Duma, said.