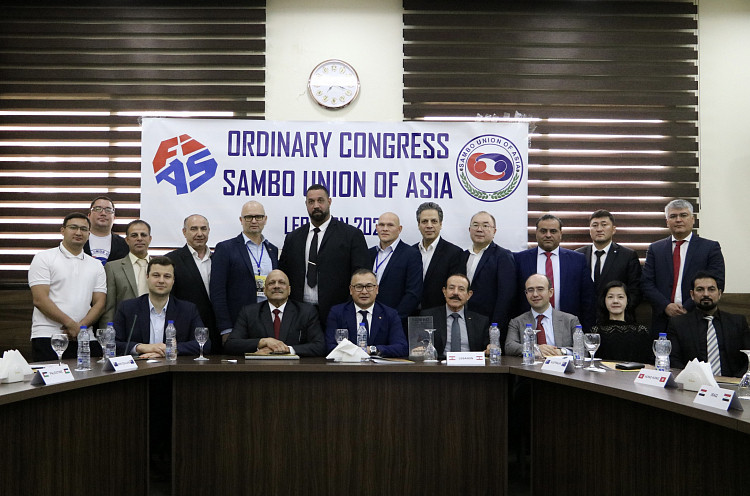 Members of the Sambo Union of Asia (SUA) have voted unanimously for the permanent inclusion of Australia and New Zealand in the body.

It came as Kazakhstan was awarded an edition of the Asian Championships.

National Federations from the two countries in Oceania can now become SUA members, following a decision made by the SUA Congress.

The Congress was held in Jounieh, where this year's Asian Sambo Championships are taking place.

Representatives from 26 countries, including Australia and New Zealand, took part in the Congress in-person or online.

The SUA first agreed to Australia and New Zealand's inclusion at the Asian Championships back in 2019, but athletes from the nations will compete for the first time at this year's event because of COID-19 issues.

Also decided at the Congress was the host nation for the 2023 Asian Sambo Championships, which has been awarded to Kazakhstan.

The Kazakhstan Federation of Sports and Combat Sambo had its proposal to host next year's event, alongside the Asian Youth and Junior Sambo Championships, voted through by the SUA members.

A host city is yet to be decided.

Some 237 sambists are due to take part in this year's Asian Championships across adult, youth and junior competitions, with action concluding on Saturday (June 4).