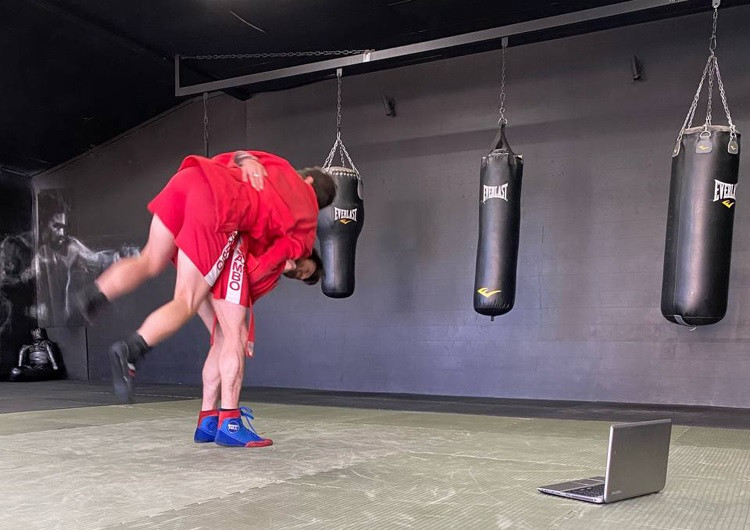 Four of the six individuals that took part in the process secured the title of first level coach.

The candidates were selected by the National Sambo Federation of Australia before meeting their mentors and future examiners via video link.

Seven coaches were initially down to participate only for one to get injured on the eve of the practice and theory exams.

Each coach took the exam from their club in their city and was given an allotted time to enter the online video conference.

Standing in front of the screen with a camera, the coach was told the technique that they must perform.

"As we noticed, the emotions during the online exam are not at all less, and perhaps even more, than in the usual offline format," said Maksimov.

"Regardless of the format, the examiner immediately sees whether the person has an understanding of the subject or not.

"I noted for myself that all the participants at the attestation in Australia had the necessary experience in practicing and teaching sambo.

"I would like to note the desire with which each coach, without exception, approached the certification.

"It is important that all specialists showed a fairly good level of knowledge of theory, and also demonstrated a serious understanding of sambo technique in practice."

Tabakov claimed all candidates showed good knowledge with four of the six successfully completing the exam.

“Thanks to the online format, we increase the speed of exams and reduce their cost.

“Participants can take the exam from their club, in their favorite sambo uniform, without spending extra time and money on travel.

“However, you won’t be able to learn sambo from pictures.

“You need to have an idea about this sport and in Australia it worked, because local experts had sambist experience.”