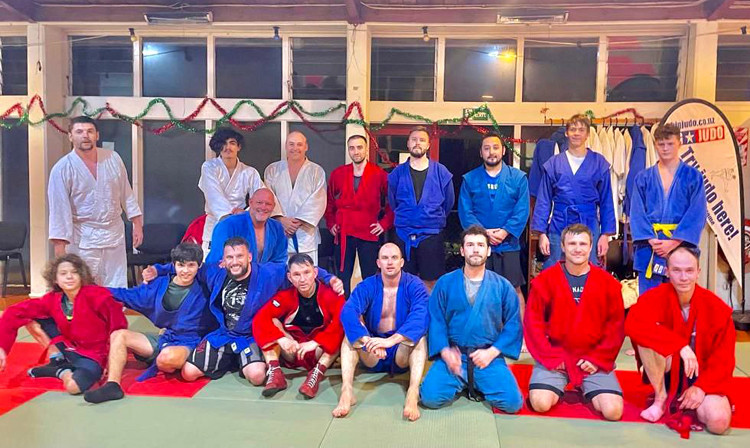 Sergey Permitin, the President of the New Zealand Sambo Federation, has reflected upon the first year of the federation’s existence with detail being paid to dealing with the COVID-19 pandemic.

Permitin, with his partner Vadim Novikov, officially registered the New Zealand Sambo Federation on April 8 last year and they held the first class on May 17.

The New Zealand Sambo Federation President united several coaches of different levels together with the aim of popularising, developing and presenting the new organisation at the international level and launching three sambo clubs with dozens attending.

However, the COVID-19 pandemic quickly began to impact the federation's activities once a national lockdown was announced in August.

This caused all training inside gyms to be cancelled.

"We had to move to the beach with the onset of summer and conduct classes there," Permitin, who learnt sambo as a child at the Yelizovsky Youth Sports School, said.

"We were allowed to return to the gyms only in January of this year, but with a restriction - mandatory vaccination or polymerase chain reaction tests.

"We decided not to stop there and continued to train on the beach every weekend."

As the athletes trained on the beach, their activities began to gain traction with passers-by intrigued by what they were doing.

"Our trainers are approached by guys who just walked along the beach, went for a run or played another sport," Permitin said.

"Seeing sambo training, many of them are interested in this martial art and ask how to start practicing it themselves and whether it is possible to bring children into sambo.

"This is how we simply increase the number of sambo lovers in New Zealand."

From autumn of last year, the online television channel Combat Sport Network featured sambo on its broadcast programming which improved the country’s attention on the sport.

According to Permitin, these initial first year successes has given the federation the platform to continue to grow.

He added: "Now our federation is in the ‘start-up development stage’: we are actively working in all possible areas, involving both children and adults in classes, developing sports, combat and beach sambo, interacting with the media and sponsors, developing the sambo for schools’ programme to move forward.

"We plan to hold national championships and take part in international tournaments this year.

"Today our path is to go from small to great."