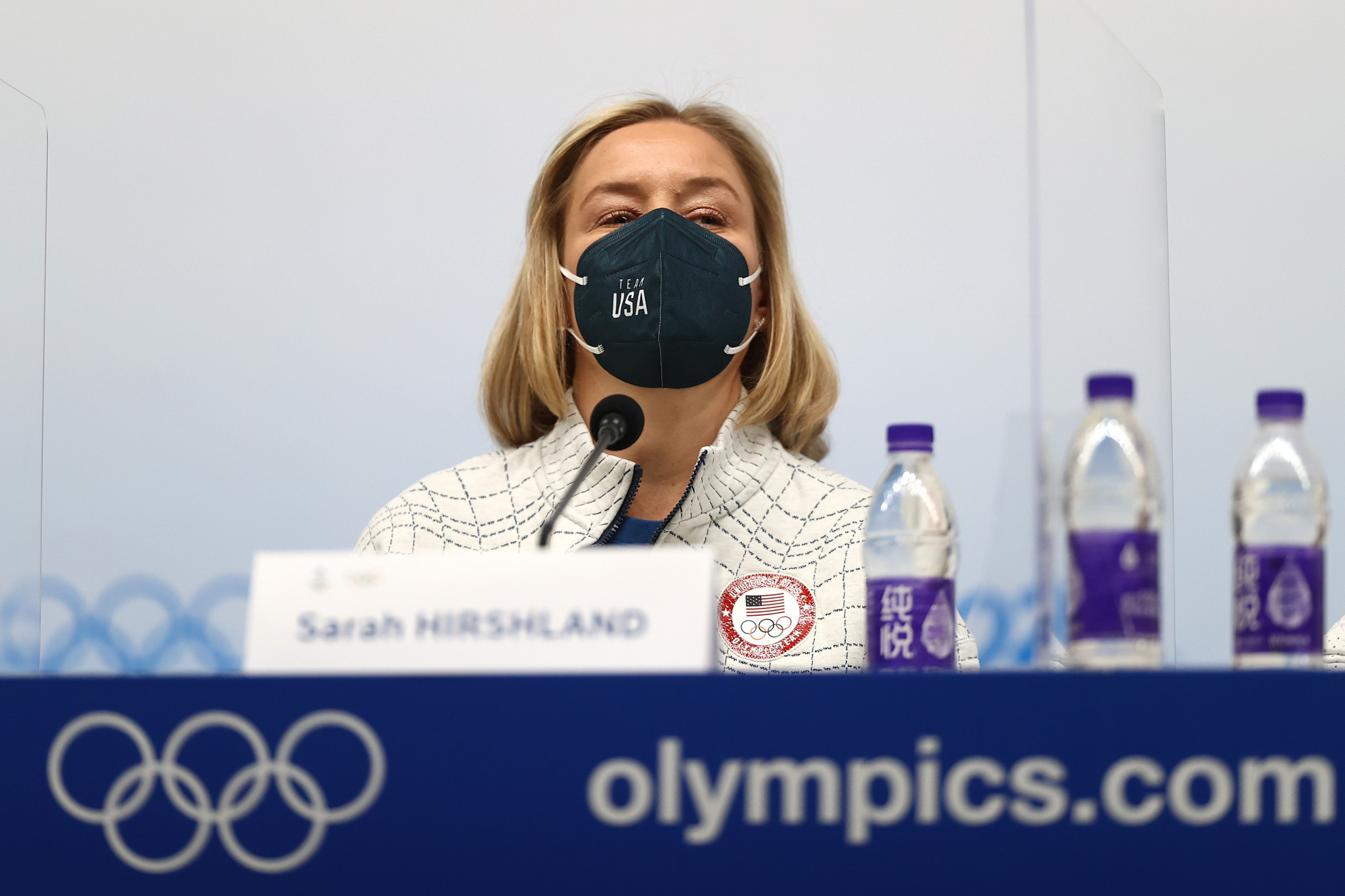 United States Olympic and Paralympic Committee (USOPC) chief executive Sarah Hirshland has claimed the Court of Arbitration for Sport (CAS) decision not to reinstate Kamila Valieva’s provisional suspension marks "another chapter in the systemic and pervasive disregard for clean sport by Russia".

The CAS Panel, chaired by Italy's Fabio Iudica, ruled that it considered her protected person status under the World Anti-Doping Agency (WADA) Code when making its decision, given she is considered a minor due to being 15-years-old.

The Panel, which also included the United States' Jeffrey Benz and Slovenia's Vesna Bergant Rakočeviċ, cited "serious issues of untimely notification of the results of the athletes’ anti-doping test" and potential for "irreparable harm" if she could not compete, among reasons for the decision.

Valieva will be free to compete in the women’s singles figure skating event at Beijing 2022, which is scheduled to start at tomorrow.

"It is the collective responsibility of the entire Olympic community to protect the integrity of sport and to hold our athletes, coaches and all involved to the highest of standards," Hirshland said in a statement.

"Athletes have the right to know they are competing on a level playing field.

“Unfortunately, today, that right is being denied.

"This appears to be another chapter in the systemic and pervasive disregard for clean sport by Russia.

"We know this case is not yet closed, and we call on everyone in the Olympic Movement to continue to fight for clean sport on behalf of athletes around the world."

Valieva is considered the clear favourite for gold in the women's event, scheduled to conclude with the free skate on Thursday (February 17).

The 15-year-old is the world record holder in the event and was key to the Russian Olympic Committee (ROC) claiming gold in the team event last week.

The medal ceremony in the team event appears unlikely to take place at Beijing 2022.

The US would stand to be upgraded to gold, should an anti-doping violation be confirmed at a later date and Valieva receive a sanction.

Canada would potentially secure a podium finish, having initially finished fourth in the team competition.

The Canadian Olympic Committee and Skate Canada have issued a statement following the decision, with the organisation's saying they are "extremely disappointed" with the outcome.

"The situation that has unfolded with respect to the Russian figure skating athlete’s doping case is extremely unfortunate and sad for the athletes," said COC President and International Olympic Committee member Tricia Smith.

"The COC is fully committed to clean sport and we firmly believe that no one involved in doping or other corrupt practices has a place in the Olympic Movement.

"We appreciate that the IOC/ITA, WADA and the ISU each appealed to the Court of Arbitration for Sport’s (CAS) ad hoc division at the Beijing 2022 Games to request that the provisional suspension of the Russian athlete, which was lifted by RUSADA only a day after it was initially imposed, be reinstated.

"While the COC was not permitted to be formally involved in the CAS appeal process, we have been following the details of the case closely and doing what we can to ensure the protection of the interests of Canadian figure skating athletes and all clean athletes.

"While we trust that the CAS decision was the result of a fair process, we are extremely disappointed with this result."

The organisation, which been outspoken on the Russian doping scandal, claimed the Valieva's case was a result of a failure of organisation's to ban Russia from global sport.

Russia are currently under a two-year package of sanctions, imposed by WADA on the Russian Anti-Doping Agency, leading to their athletes appearing here under the Russian Olympic Committee banner.

“Doping and the trauma of a positive test pose grave physical and psychological risks to all athletes but especially to minors," said Global Athlete.

“It is unacceptable that these risks have been placed on a fifteen-year-old.

“The volume of abuses athletes have endured over the decades can undeniably be attributed to the power imbalance that sport leaders, administrators, and coaches have over athletes.

“This power imbalance can only be resolved through an equal partnership between athletes and sporting administrators.

“Athletes must have independent professional representation and the ability to collectively bargain.

“It is blatantly clear that Valieva would have never been placed in this position if the World Anti-Doping Agency (WADA), International Olympic Committee (IOC), and the Court of Arbitration for Sport (CAS) had done their jobs and banned Russia from global sport.

“Russia has never been incentivised to reform because sport leaders favoured politics over principle and rebranding over banning.”