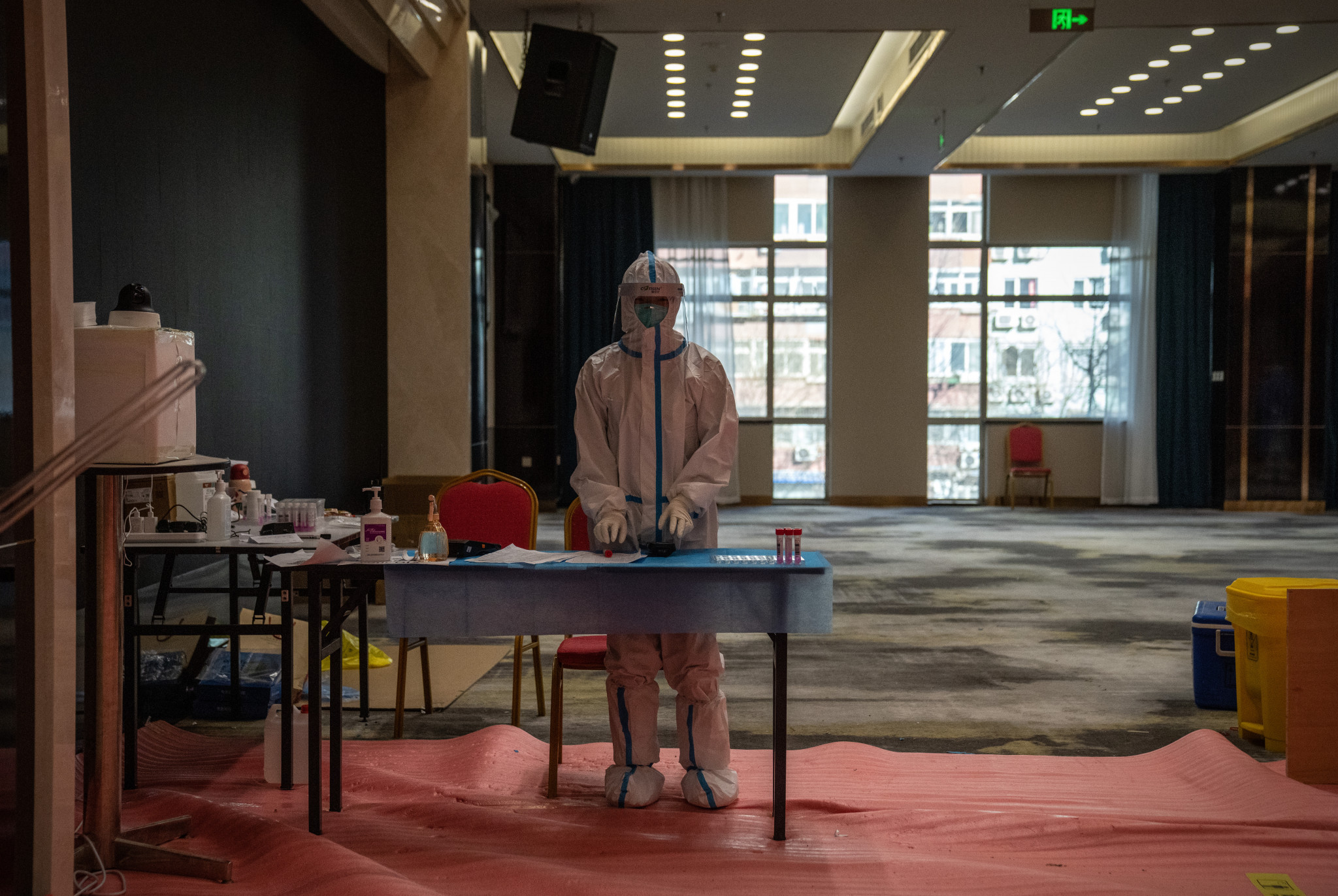 New positive COVID-19 cases have remained below 10 for the third consecutive day at the Winter Olympics here, Beijing 2022 has confirmed.

"A total of 205 Olympic-related personnel entered the airport, including 128 athletes and team officials, and 77 other stakeholders," a Beijing 2022 statement read.

"After being tested by the customs, three people were re-tested positive, including one athletes and team officials, and two other stakeholders.

"The total number of nucleic acid tests in the closed loop was 70,707, including 6,639 athletes and team officials, and 64,068 other stakeholders.

"Two people who were re-tested positive were from athletes and team officials."

The nine positive tests represents a slight increase from the previous two days, however cases remain below double figures.

Three positive cases had been recorded on Tuesday (February 8), with five reported the day before.

Organisers have completed over a million screening tests in total during the Games-time period, which began on January 23.

A total of 407 positive cases had been recorded during the period from the 1,101,726 tests conducted.

Beijing 2022 medical expert panel chair Dr Brian McCloskey had said on Tuesday that the COVID-19 situation was evolving as expected at the Games, with a declining number of cases in the days after the peak arrival period.

"We are seeing it evolve as we expected it to and we still believe the situation inside the closed-loop is extremely safe," he said.

The organisation confirmed forward Lisa Rüedi had been taken to an isolation facility near the Olympic Village.

"She has no symptoms so far," a Swiss Olympic statement read.

"Swiss Olympic and Swiss Ice Hockey are in constant contact with Lisa Rüedi and hope that she will be able to leave the isolation very soon."