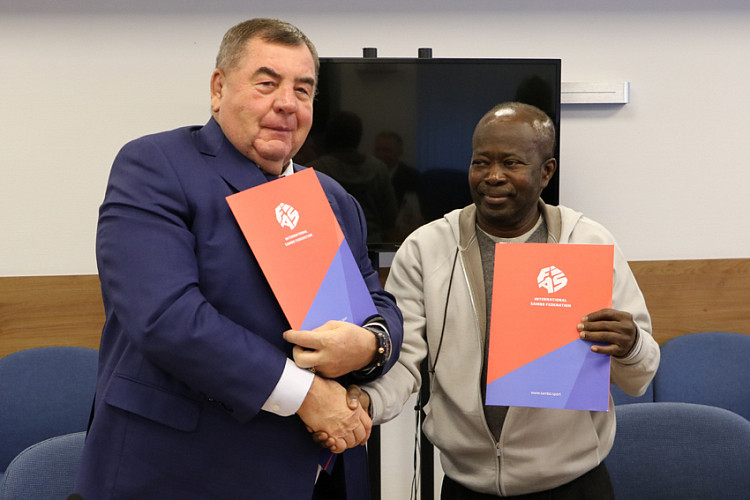 The International Sambo Federation (FIAS) and Senegalese National Olympic and Sports Committee have signed a Memorandum of Understanding with discussions on the sport's development in the country prior to the Dakar 2026 Youth Olympic Games a priority.

It intends to begin the active development of sambo in Senegal starting with the creation of an independent national sambo federation for the country.

Pozdnyakov spoke about the benefits of Senegalese athletes training at Russian facilities.

Before the meeting, Ndiaye led a delegation to visit the under-construction International Sambo and Boxing Center in the Russian capital.

The main construction work at the facility is due to be finished this year, six months ahead of schedule.

As well as competition and training areas for both sambo and boxing, there will also be fitness and medical centres and a hotel.

International Olympic Committee (IOC) member Ndiaye said he was impressed with the building, especially the mirrored ceiling which will allow people to watch the action from the street outside.

Dakar in Senegal is set to host the 2026 Youth Olympic Games.

Provided the event goes ahead, it will be the first time that an African country has staged the Games or any IOC event.

It was originally scheduled to be held in 2022 but was postponed due to the operational and economic consequences of the postponement of the Tokyo 2020 Summer Olympics.