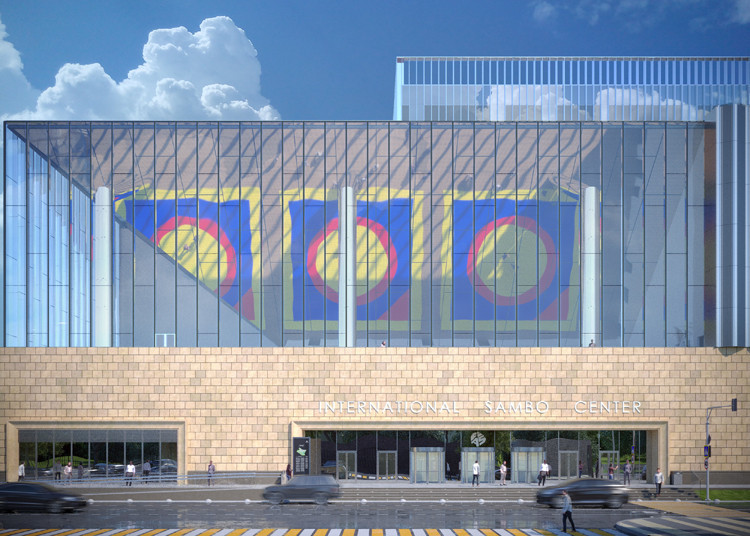 Russian mixed martial artist Vadim Nemkov has described the under construction International Sambo and Boxing Center in Moscow as a "big dream".

The 28-year-old is a four-time world champion in the 100 kilogram combat sambo class, and the current light heavyweight champion with Bellator MMA.

He said that the centre, being built at the Luzhniki Olympic Complex in the Russian capital, would be important for athletes around the globe.

The main features of the facility will be a mirrored ceiling and stained-glass glazing which will allow people to see bouts taking place from the street outside.

As well as competition and training areas for both sambo and boxing, there will also be fitness and medical centres and a hotel.

"As a person who has dedicated my life to sports and combat sambo, I can say that the emergence of such a centre is an big dream of sambists all over the world," said Nemkov to Izvestia.

"It is very important that fans of our sport all over the world find their home - a place fully equipped for their needs.

"It will be possible to train and perform there.

"As I understand it, there will also be a hotel and medical services.

"I hope that such a centre in Moscow will become the first sign, and in the near future sambists will have similar sports facilities on other continents."

Construction is expected to be completed by the end of 2021.