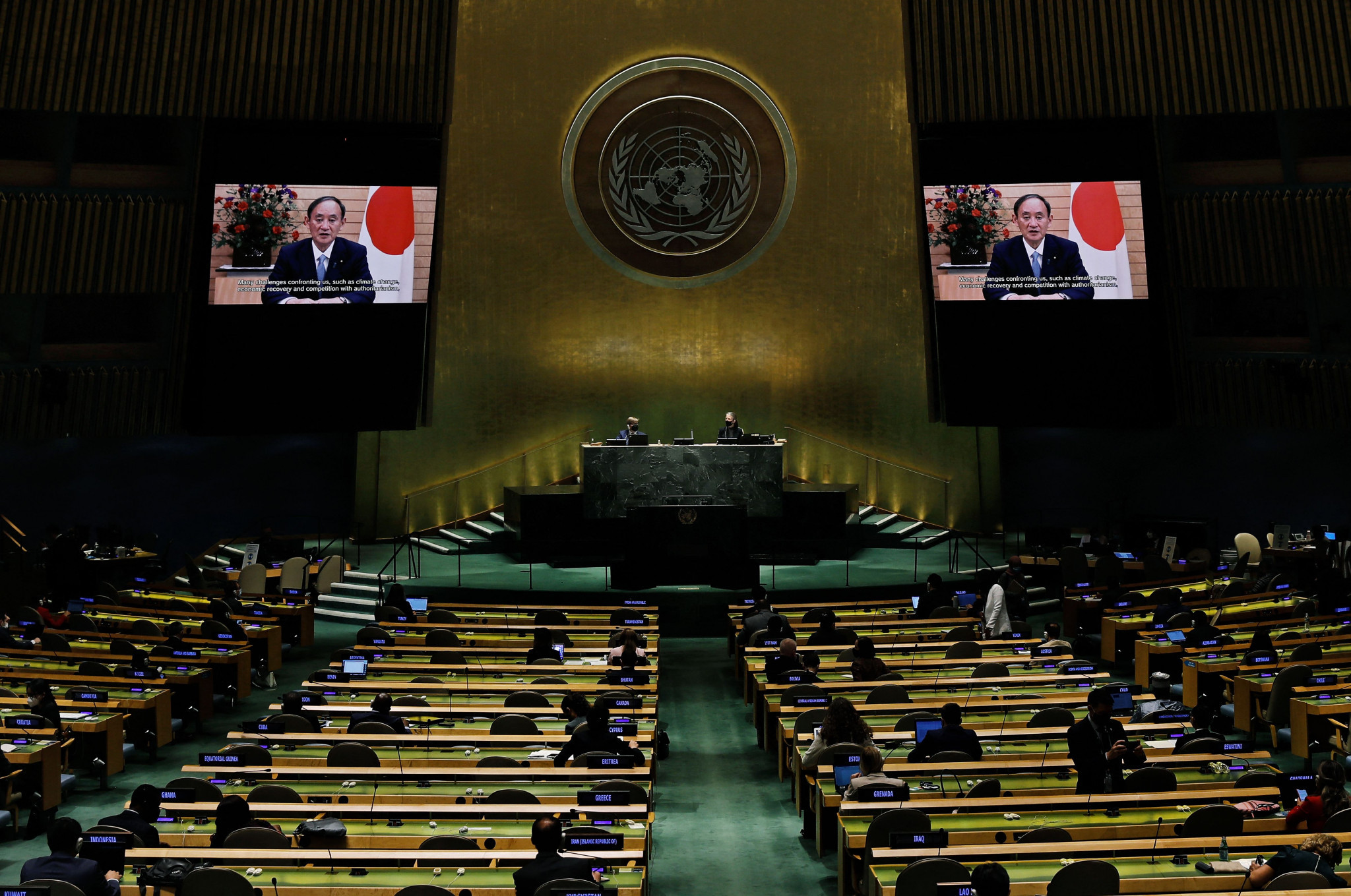 Yoshihide Suga has claimed the Tokyo 2020 Olympic and Paralympic Games served as a symbol of global unity during a message at the United Nations (UN) General Assembly in one of his final international engagements as Japanese Prime Minister.

A pre-recorded message from Suga was played at the ongoing UN General Assembly in New York yesterday.

The message was delivered days before the Liberal Democratic Party politician steps down from his role, with his year-long tenure ending on Thursday (September 30).

Suga’s time in office has been dominated by the COVID-19 pandemic and Japan’s hosting of the rescheduled Tokyo 2020 Olympic and Paralympic Games.

Both subjects were discussed by Suga at the start of his message, expressing his sympathy for those who have passed away from COVID-19 and praising medical workers, before focusing on the impact of Tokyo 2020.

"The Tokyo Olympics and Paralympics were held with the aim of building a peaceful and better world through sport, under the truce resolution adopted at this very venue of the General Assembly," said Suga, who was in Washington D.C. for a summit meeting with the United States, Australia and India.

"While there were various views about holding the Games this summer, we, as the host country fulfilled our responsibilities and achieved what we set out to do.

"Many people were deeply moved by the outstanding performances of the athletes, which gave hopes and dreams to everyone across the globe.

"The Games also demonstrated the barrier-free mindset to the world, with aspirations for an inclusive society where all people, with or without disabilities, support each other to live in harmony.

"Above all, while humanity has been faced with immeasurable hardships, the Tokyo 2020 Games proved to be a symbol of global unity among people around the world.

"I would like to commend all of the athletes, who inspired us with their performances and express my gratitude to all who made this event possible."

The Games took place despite significant opposition from the public.

Market researchers Ipsos claimed in July that more than three-quarters of Japanese respondents believed the Games should not have gone ahead because of the pandemic.

The Japanese Government’s COVID-19 restrictions during the Games led to the event taking place largely without spectators, with the capital city Tokyo having been placed under state-of-emergency conditions.

Suga’s message at the UN General Assembly also focused on vaccine equity, a call for greater action on climate change and efforts for a "free and open Indo-Pacific" region.

He announced on September 3 that he would resign from the role, with the announcement coming two days prior to the end of the Paralympic Games.

Suga’s low approval rating had led to the decision, prior to Japan’s general election in November.

Sanae Takaichi and Seiko Noda, who both formerly served as Minister for Internal Affairs and Communications, are seeking to become Japan’s first female Prime Minister.

The leadership election will be held on Wednesday (September 29).

The winner will lead the Liberal Democratic Party into the general election, which is due to take place on or before November 28.