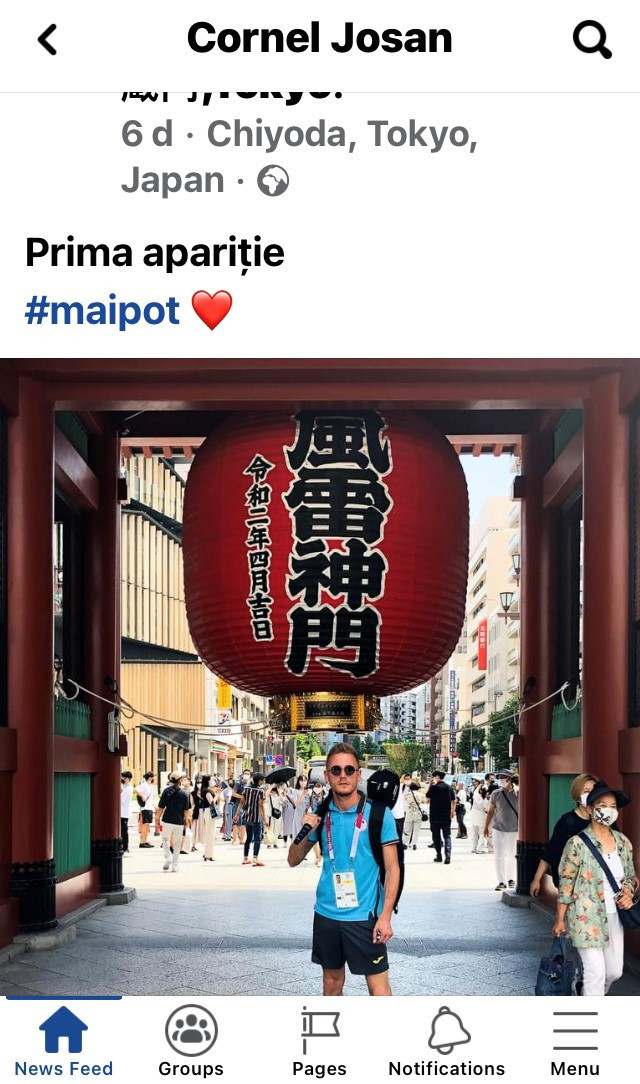 A Moldovan Olympic official who is acting as a COVID-19 liaison officer at Tokyo 2020 has been accused of "gross violations" of the coronavirus rules in place at the Games after he went sightseeing in the Japanese capital.

Cornel Josan, the marketing director for the National Olympic Committee of the Republic of Moldova, posted photos outside the Sensō-ji Temple with locals dressed in traditional kimono and at what appears to be another tourist attraction.

The photos seem to have been deleted from his social media, but a picture of a maskless Josan inside the Olympic Stadium remains on his Facebook page.

Josan is serving as a COVID-19 liaison for the Moldovan delegation at Tokyo 2020, a job which requires him to monitor their compliance with the rules in the "playbook".

Under the regulations the International Olympic Committee (IOC) and Tokyo 2020 have implemented to help hold the Games safely during the pandemic, sightseeing and other tourist activities are banned.

All Olympic participants are prohibited from walking around the city and visiting tourist areas, shops, restaurants, bars or gyms.

Team officials have also been told to always wear masks, except for when eating, drinking and sleeping.

insidethegames understands Josan’s alleged breaches of the COVID-19 rules have been brought to the attention of the Japanese Organising Committee.

Organisers and the IOC have warned those who fail to abide by the regulations could face sanctions including fines, disqualification or being stripped of their accreditation.

"Be kindly reassured that all necessary measures will be taken," Vasilianov added.

Six people - including two Georgian judoka who win silver medals at Tokyo 2020 - have been stripped of their accreditation at the Games for violating the COVID-19 rules.

The other four are contractors working for Aggreko, the company providing electrical services for the delayed Olympic Games here, after they were arrested on suspicion of using cocaine.

Eight more Games-related personnel have had their accreditation temporarily suspended.

Tokyo 2020 today revealed there had been a further 18 confirmed cases of COVID-19 among Olympic participants in Japan since July 1, bringing the total in that period to one shy of 300.

The list includes an unnamed Greek athlete in artistic swimming, whose positive test was announced by the Hellenic Olympic Committee last night.

She is among the more than 20 athletes to be ruled out of competing at the Games because of a positive test for COVID-19.