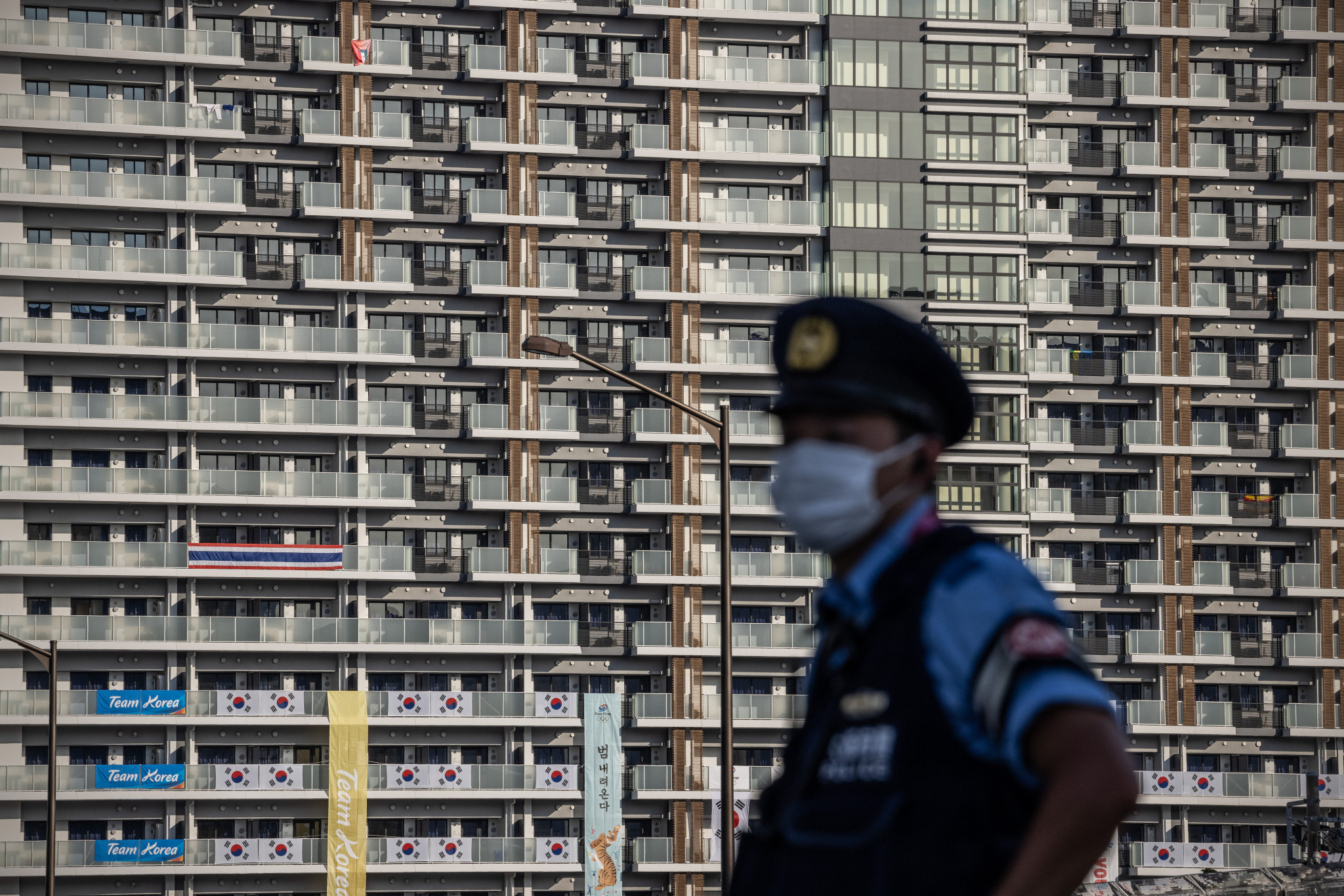 Athleten Deutschland has slammed the International Olympic Committee (IOC) for allowing athletes to spend their quarantine period in "prison-like conditions" at the Tokyo 2020 Olympics here.

The German athlete body claims there is an "insufficient provision of fresh air" in quarantine hotels with athletes feeling "left alone" and forced to clean their clothes in the sink.

Measures imposed on those that tested positive for COVID-19 have been described as "grotesque" by the Athleten Deutschland.

It has now called on the IOC to "urgently push for substantial improvement" in quarantine conditions amid concerns from athletes.

Anyone from overseas arriving in Japan for the Games are expected to follow strict COVID-19 protocols during their time at Tokyo 2020.

But Athleten Deutschland has revealed it has received reports from athletes over "a lack of supply of basic necessities".

Dutch skateboarder Candy Jacobs, among the athletes to have been ruled out of competing at Tokyo 2020 after testing positive for COVID-19, described the quarantine conditions as "inhuman".

"In the current quarantine hotel, for example, there is an insufficient provision of fresh air," a statement from Athleten Deutschland read.

"The food supply is neither rich nor balanced and does not meet the specific nutritional requirements of high-performance athletes.

"Athletes who have resumed training activities in their rooms have to clean their sweaty clothes in the sink, which hardly dry afterwards.

"They feel left alone, having to obtain a lot of information on their own.

"It is unclear to them what the exact procedure of quarantine is and what steps have to be taken after it is over.

"We have been told of language barriers in communication with medical staff."

Athleten Deutschland insists "there is no question" that the strict quarantine requirements must be adhered to at the Games following a positive COVID-19 test in a bid to ensure it does not become a "global super-spreader event".

The organisation adds that athletes do not anticipate being put up in luxury hotels but expect organisers will provide "adequate quarantine conditions" that meet their "legitimate physical and psychological needs".

"The IOC has refrained from developing a Plan B from the very beginning and therefore has a special responsibility towards all those involved, including the athletes," said Maximilian Klein, representative for international sport policy at Athleten Deutschland.

"It generates billions in revenue from their work and their performance without letting them participate in the profits as essential contributors.

"On top, the IOC has also dumped the residual risks from heat and COVID-19 on the athletes through liability waivers.

"It therefore appears grotesque that athletes who test positive have to spend their quarantine in prison-like conditions, while IOC members stay in expensive luxury hotels and are provided with high daily allowances."

Athleten Deutschland claims the IOC "neglected" the quarantine conditions in the planning of the Games and believes it did not use its capabilities to implement acceptable solutions with those in charge.

In response, IOC Presidential spokesperson Mark Adams expressed his sympathy for those having to quarantine and claimed measures were being taken to improve their experience.

"It is always concerning, but there are extra measures that have to be taken in terms of isolation," Adams said.

"We fully sympathise with everyone in this situation.

"There are certain regulations that the Japanese authorities imposed.

"The relevant stakeholders are able to have contact with their people who are in isolation.

"We understand it is not easy but it has to be within the Japanese rules and regulations."

They became the latest athletes to be forced out of the Games because of a positive test for the novel coronavirus.

More than 20 athletes have been ruled out of Tokyo 2020 because of COVID-19, either after testing positive before travelling or in the Japanese capital.

Organisers today confirmed there had been 21 more positive COVID-19 cases in Japan among those accredited for the Games since July 1, bringing the total in that period to 246.

The IOC has claimed the number of infections is what it had been expecting and is proof that the rules in place at the Games, which have been criticised by health experts in Japan, are working.