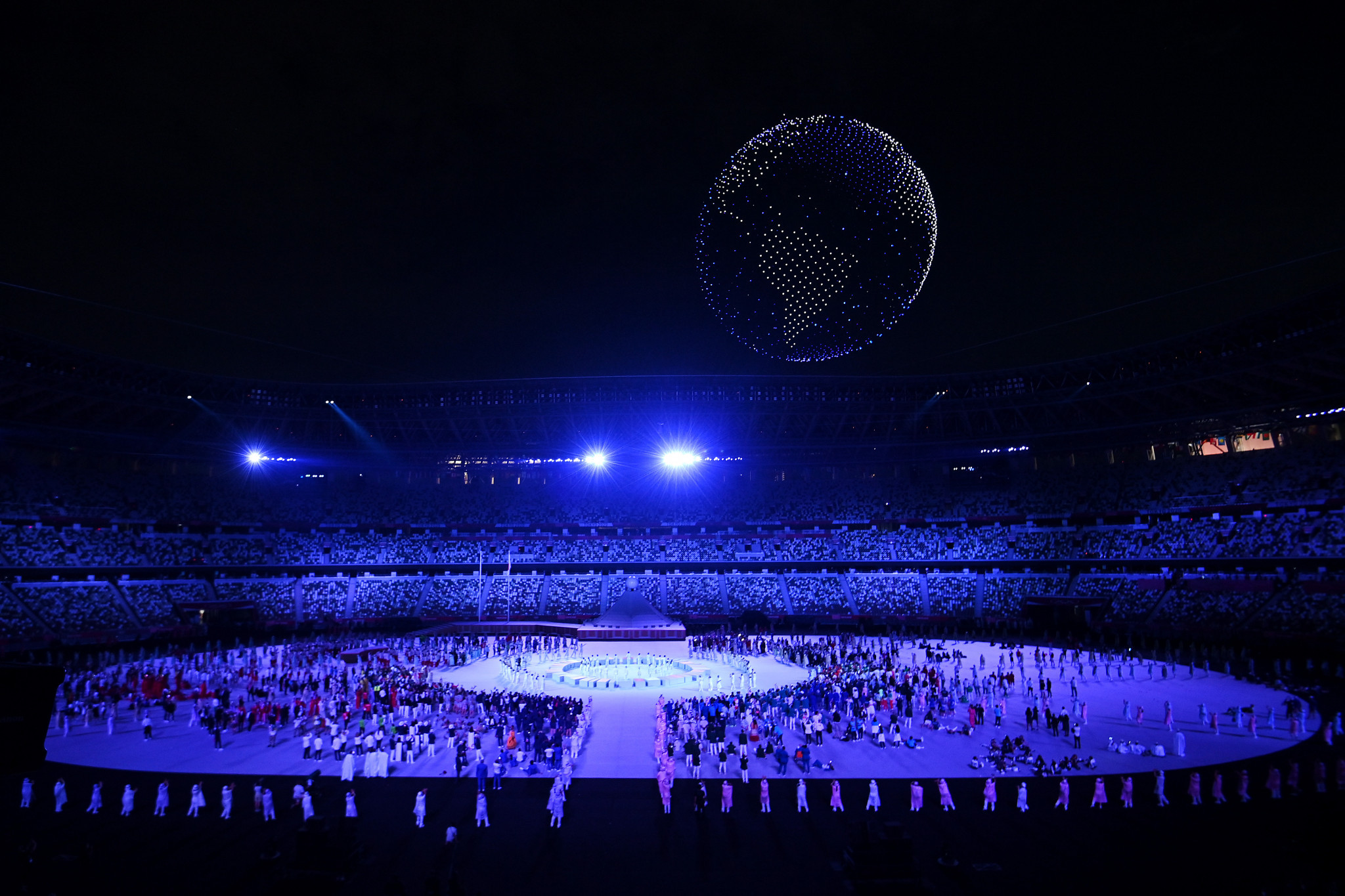 Intel, a major International Olympic Committee (IOC) sponsor through its flagship The Olympic Partner (TOP) scheme, is implementing cutting-edge technologies including drones and three-dimensional renderings of competitors at Tokyo 2020.

One of Intel's marquee pieces of Games-time tech was showcased in spectacular fashion at Friday’s (July 23) Opening Ceremony, when a drone light show formed an image of the globe above the the Olympic Stadium.

The US technology giant will also provide 3D Athlete Tracking (3DAT) for the first time at Tokyo 2020.

Pose estimation and biomechanics algorithms also contribute to the end result of 3DAT, which will feature during television replays of the 100 metres, 200m, 4x100m relay and hurdle events once track and field competition begins on July 30.

Intel True View will offer 360-degree replays during basketball matches, while the Tokyo 2020 5G Project is targeted at improving the viewing experience of spectators and officials at swimming, sailing and golf events.

Furthermore, the "2020beat" initiative will allow fans' supporting videos to be shown on screens at Olympic venues.

Intel’s membership of TOP, which currently lasts until 2024, was announced in 2017.

The Intel World Open in esports in June and July also received the support of the IOC, even though the organisation has thus far dismissed the possibility of esports appearing at an Olympic Games.