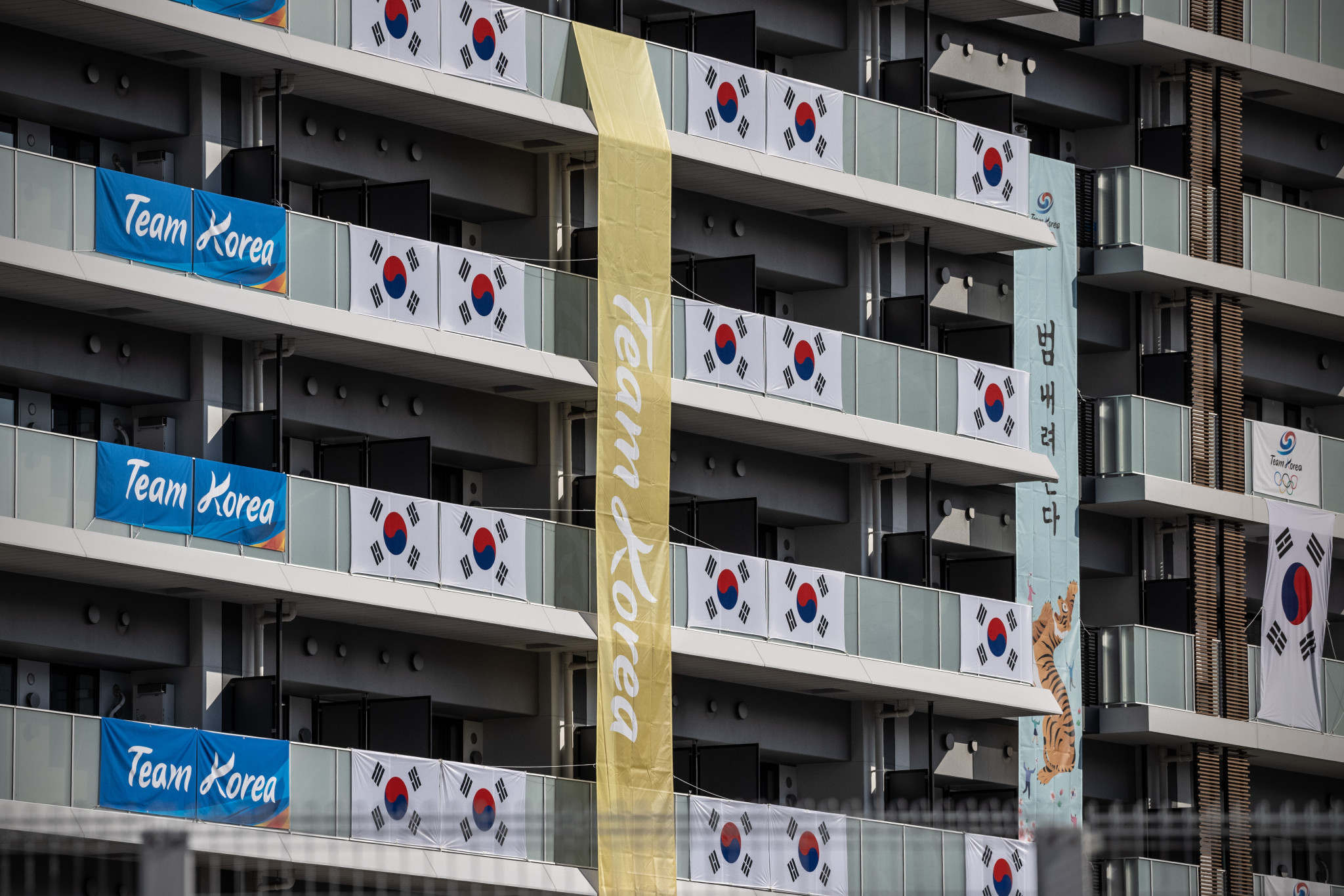 South Korea’s delegation had hung banners on balconies at the Athletes’ Village, which allegedly referenced comments made by Admiral Yi Sun-sin before he and his fleet defeated the Japanese navy in 1597, despite being outnumbered.

The message was protested by members of the minor National Party of Japan, who said the banners were an overtly political display and claimed it was anti-Japanese.

The banners were removed on Saturday (July 17), after the IOC cited a possible breach of Rule 50 of the Olympic Charter.

Rule 50 states that "no kind of demonstration or political, religious or racial propaganda is permitted in any Olympic sites, venues or other areas."

The KSOC had requested the IOC to take the same stance against the display of the Rising Sun flag.

The flag is associated with Japan’s colonial past and was used by the Japanese Imperial Army during the Second World War.

Lee told South Korean news agency Yonhap News that both the nation and hosts Japan would refrain from provocative acts.

Lee said: "It is inappropriate to do so during the Olympics, which is a celebration of peace.

"We do have the [IOC] pledge in writing.

"People shouldn't worry about that.

“We received the letter from the IOC when we removed the banners."

Relations between Japan and South Korea strained over disputes regarding "comfort women" and the Liancourt Rocks, which both nations claim.

South Korean President Moon Jae-in yesterday confirmed he would not attend Tokyo 2020 where a proposed summit could have taken place with Japanese Prime Minister Yoshihide Suga.

However, "meaningful progress" has reportedly taken place between the two nations regarding "historical issues".

The majority of South Korea's delegation for Tokyo 2020 has now arrived in the host city, with a further 69 athletes and officials from archery, fencing, gymnastics and table tennis arriving yesterday.

This added to athletes from badminton, football, swimmers and sailing, who have already arrived.

The KSOC has confirmed volleyball player Kim Yeon-koung and swimmer Hwang Sun-woo will serve as the country’s flagbearers at the Opening Ceremony.

Kim is captain of South Korea's women's basketball team and has earned three Asian Games medals during her career, including gold at Incheon 2014.

Swimmer Hwang will make his Olympic debut at Tokyo 2020.

The 18-year-old is set to compete in four events at the Games and is the junior world record holder in the men's 200 metres freestyle.