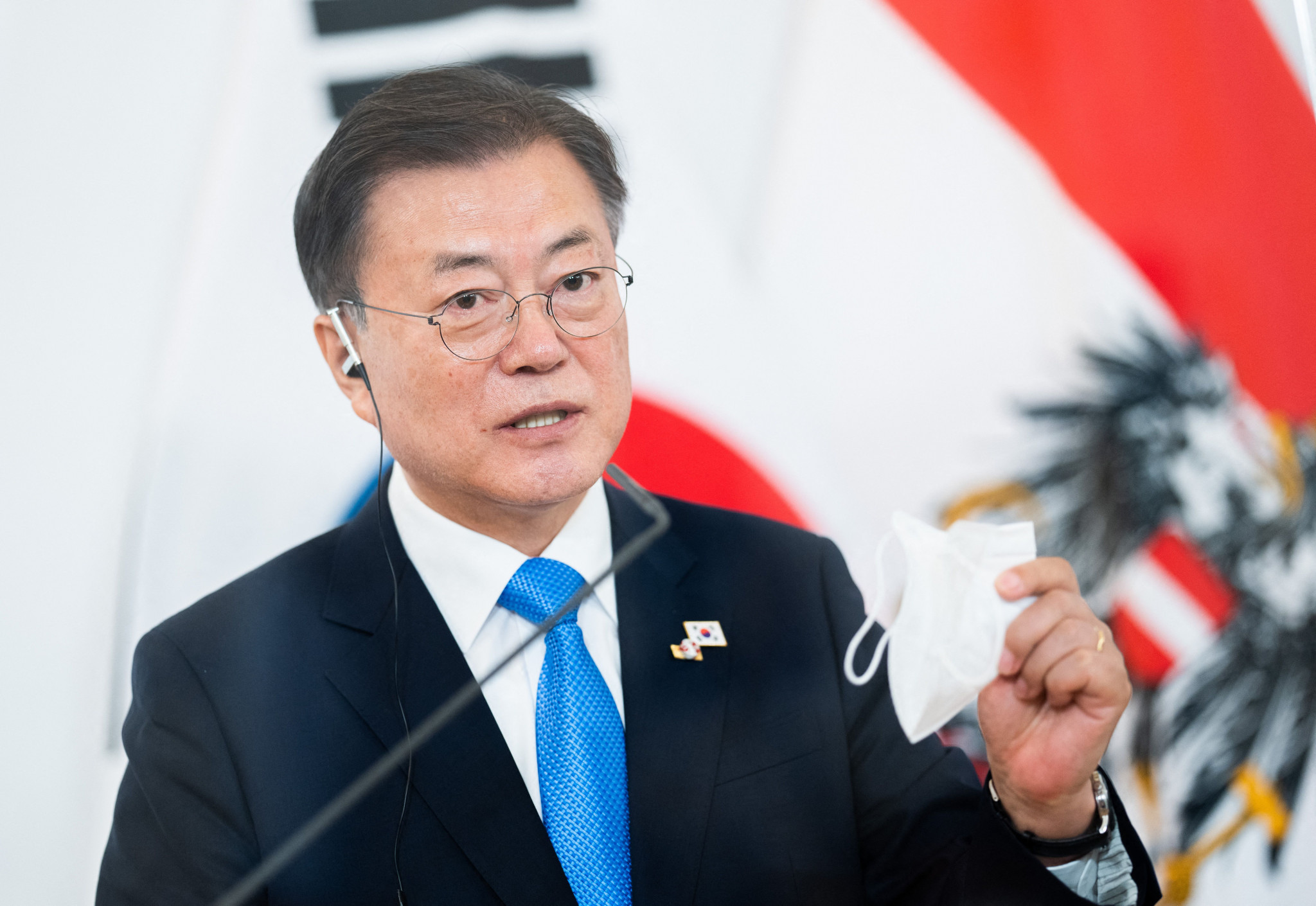 South Korean President Moon Jae-in has confirmed he will not visit Japan for the Tokyo 2020 Olympic Games.

A statement was posted by Cheong Wa Dae, also known as Blue House, the President's residence.

The executive office confirmed Moon will not make the trip but said positive talks had been held between the countries.

This is despite a summit no longer taking place between Moon and Japanese Prime Minister Yoshihide Suga.

"The governments of the Republic of Korea and Japan held meaningful discussions on progress on historical issues between the two countries and future-oriented cooperation directions with the possibility of holding a summit between Korea and Japan on the occasion of the Tokyo Olympics," a statement read.

"The consultations between the two sides were conducted in a friendly atmosphere, and although considerable understanding was reached, it was still insufficient to be regarded as the outcome of the summit, and this decision was made in consideration of other circumstances comprehensively.

"As the Tokyo Olympics is a world peace festival, we hope that Japan will host the Olympics safely and successfully.

"Our team is also in difficult circumstances, but I look forward to showing off the skills we have accumulated over the years to perform well and return home in good health."

Relations been Japan and South Korea have become increasingly strained in recent years.

An ongoing issue remains "comfort women", a term for women and girls who were ordered into sexual slavery by the Japanese during World War Two.

An agreement had been reached by Japan and South Korea in 2015, with the former issuing an apology and agreeing to pay reparations to victims and their families.

The agreement was effectively ended by South Korea in 2019.

Another ongoing dispute between the two countries surrounds the Liancourt Rocks, which both Japan and South Korea claim the as their own territory, as does North Korea.

South Koreans have also criticised Japan's use of the Rising Sun flag, associated with the Olympic and Paralympic host country's colonial past as it was used by the Japanese Imperial Army during the Second World War.

South Korea’s Olympic team were told to remove banners hung on balconies at the Athletes’ Village, which allegedly referenced comments made by Admiral Yi Sun-sin before he and his fleet defeated the Japanese navy in 1597, despite being outnumbered.

Yonhap News Agency reported this week that the South Korean team had launched its own meal service, citing over concerns that they may be fed food containing ingredients from Fukushima.

Fukushima was the prefecture impacted by a nuclear meltdown in 2011, following the devastating earthquake and tsunami.