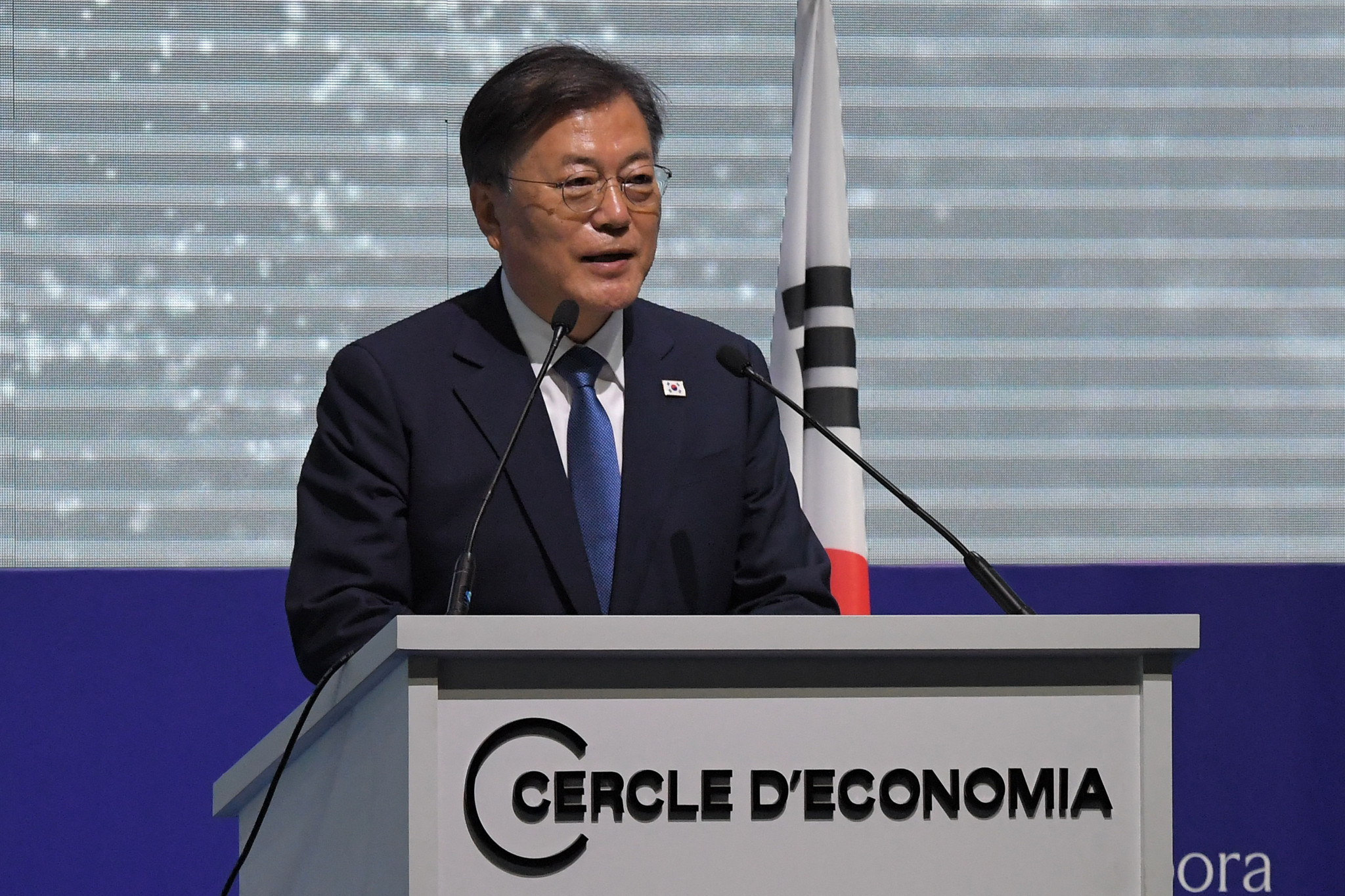 South Korean President Moon Jae-in could attend the Opening Ceremony of the delayed Olympic Games here in the Japanese capital, although his potential visit has not been confirmed.

Hwang told reporters in Seoul that a meeting between Moon and Japan’s Prime Minister Yoshihide Suga could take place alongside the Games.

"For me personally it is important that the two heads of state meet," Hwang said, according to Reuters.

Moon could reportedly arrive in Tokyo on July 23, the day the Opening Ceremony is due to take place.

The South Korean President would stay for two days, it has been claimed.

Japanese news agency Kyodo reported that it could be a first meeting between the leaders of the two countries since December 2019, when Moon met then Japanese Prime Minister Shinzō Abe.

"It's natural to treat him in a polite manner in light of diplomatic protocols," Suga told a press conference, when asked about Moon’s potential visit.

Relations been Japan and South Korea have become increasingly strained in recent years.

An ongoing issue remains "comfort women", a term for women and girls who were ordered into sexual slavery by the Japanese during World War Two.

An agreement had been reached by Japan and South Korea in 2015, with the former issuing an apology and agreeing to pay reparations to victims and their families.

The agreement was effectively ended by South Korea in 2019.

The Seoul Central District Court ordered the Japanese Government to pay damages earlier this year, although the court recently rejected an appeal from 12 women to seize Japanese assets to pay legal costs.

Suga last month reiterated that the Japanese Government had apologised for aggression during the Second World War, as well as the role of the country’s military regarding comfort women.

Another ongoing dispute between the two countries surrounds the Liancourt Rocks, which both Japan and South Korea claim the as their own territory, as well as North Korea.

South Korea controls the islands, known as Dokdo in the country, while Japan refers to them as Takeshima.

Located around 200 kilometres from Seoul in the Sea of Japan, named the East Sea by South Koreans, the area has long been a cause of tension between the two countries, who both lay claim to the islands.

South Korea believe the claims come as a result of Japan’s colonisation of the country between 1910 and 1945.

The Korean Sport and Olympic Committee last month complained to the IOC over a reference made by Tokyo 2020 on the Organising Committee’s website.

Prior to the last Winter Olympics, Japanese Foreign Minister Fumio Kishida criticised Pyeongchang 2018 for a reference to the islands on the Organising Committee's website.

South Koreans have also criticised Japan's use of the Rising Sun flag, associated with the Olympic and Paralympic host country's colonial past and was used by the Japanese Imperial Army during the Second World War.

Should Moon attend the Games, he would be among a small number of attendees for the Opening Ceremony.

A new state of emergency declared in Tokyo earlier this week, due to rising numbers of COVID-19 cases.

This led to the Japanese Government banning domestic fans from all events that are scheduled to take place in the capital.

Overseas spectators had already been barred, but there are set to be local spectators inside venues in Miyagi, Fukushima and Shizuoka.