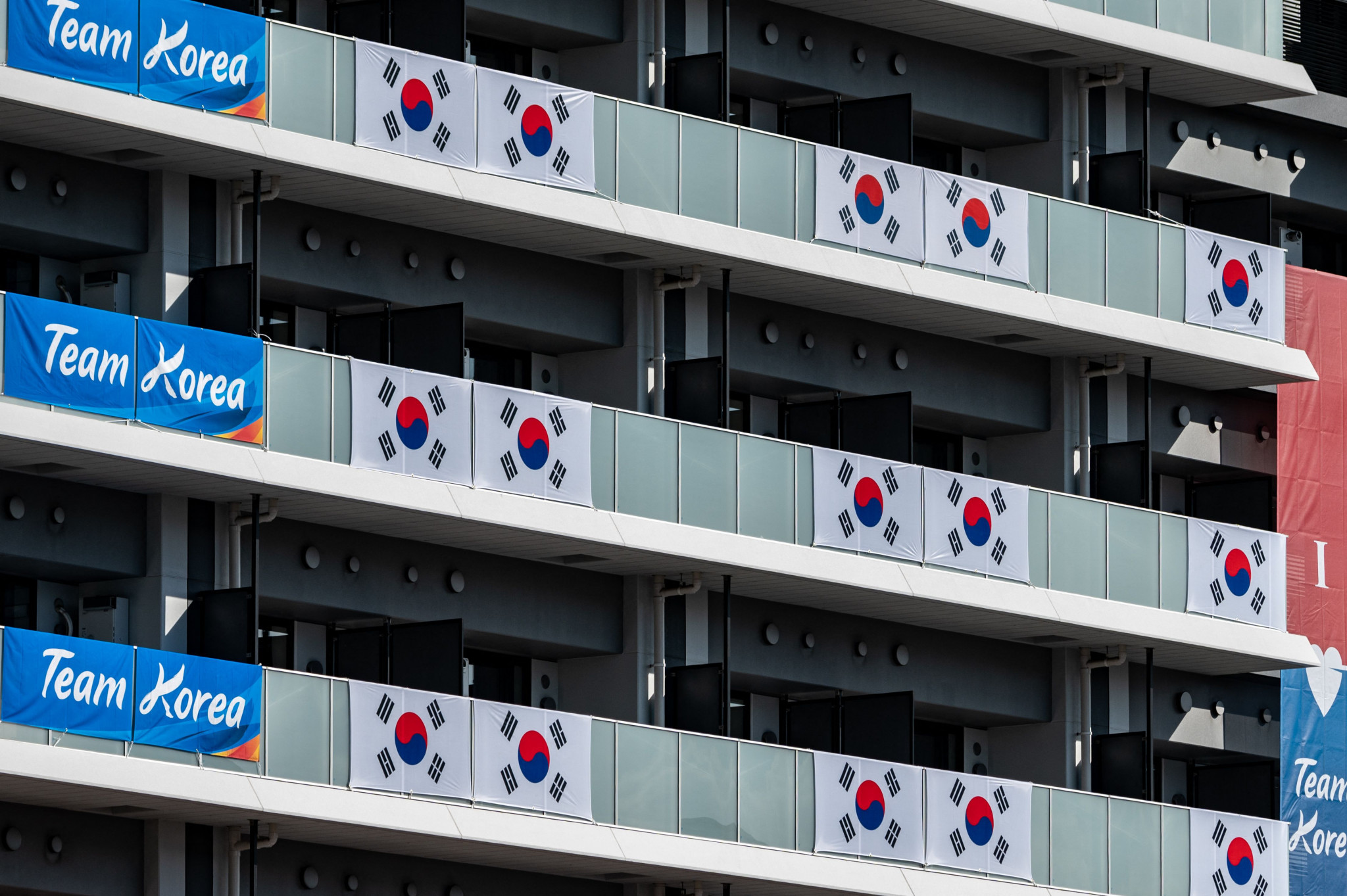 South Korea’s Olympic team were told to remove banners hung on balconies at the Athletes’ Village here in Tokyo after its message upset officials from a far-right Japanese political party.

According to South Korean news agency Yonhap, the message translates as "I still have support from 50 million Korean people".

It is sclaimed that the words made reference to the comments made by Admiral Yi Sun-sin before he and his fleet defeated the Japanese navy in 1597, despite being outnumbered.

Yi, famed for his victories over the Japanese during the Joseon Dynasty, had only 12 warships left but went on to take down more than 300 vessels.

The message on South Korea’s banners irked members of the minor National Party of Japan who accused them of making an overtly political display and claimed it was anti-Japanese.

"If they don't want to go home, they should get rid of the banners.

"If not, the Japanese people will take them down."

A protest was also staged outside the Athletes’ Village yesterday, with members of the National Party of Japan holding the Rising Sun Flag, formerly used by the Imperial Japanese Army.

The KSOC confirmed that the IOC issued a letter requesting for the banners to be taken down over concerns about the message and cited a possible breach of Rule 50 of the Olympic Charter, which states: "No kind of demonstration or political, religious or racial propaganda is permitted in any Olympic sites, venues or other areas."

The KSCO confirmed it agreed to remove the banners after the IOC pledged to take the same stance against the display of the Rising Sun flag, which is associated with Japan’s colonial past and was used by the Japanese Imperial Army during the Second World War.

Last month, the KSOC sent a letter to the IOC to pressure Japan to remove a reference to South Korea-controlled islands as Japanese territory on the Tokyo 2020 Olympic Games website.

Known neutrally as the Liancourt Rocks - as named by French whalers in 1849 - Japan and South Korea both claim the islands as their own territory, as well as North Korea.

South Korea controls the islands, which are known as Dokdo in the country, while Japan refers to them as Takeshima.

South Korean President Moon Jae-in could attend the Opening Ceremony of the Games, scheduled to be held on July 23.