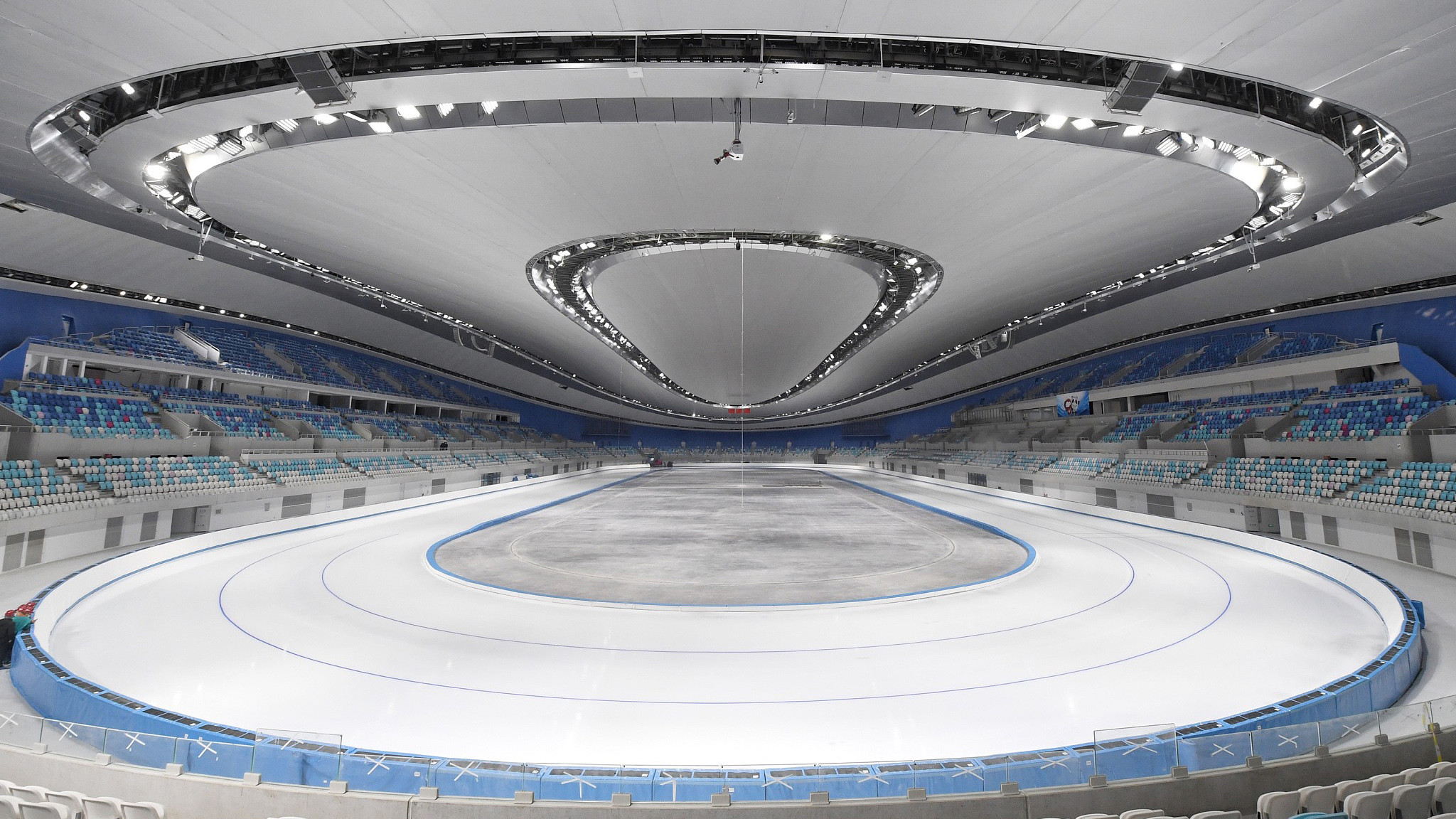 More than 100 5G base stations have been installed in 17 competition venues for next year's Winter Olympic and Paralympics in Beijing as China begins a massive communications upgrade in preparation for the Games.

China telecommunications infrastructure firm China Tower has begun to oversee the work in arenas and stadiums.

They are also installing 5G along the Beijing to Zhangjiakou high-speed railway and the Beijing to Chongli expressway, both key transport links for the Games.

According to reports in the Chinese media, China Tower is coordinating with the country's three major telecom operators to conduct infrastructure construction for 5G coverage among the competition venues and along the major transportation routes.

"We started the building of 5G base stations two years ago, and now we have completed the infrastructure construction of mobile communication network for the Winter Olympics," Cheng Jiwei, deputy general manager of the Beijing subsidiary of China Tower, said.

The construction of 5G base stations included 31 in the Beijing and Yanqing competition zones and three sets of 5G indoor distribution systems in the National Alpine Ski Centre, the National Sliding Centre and the Yanqing Olympic Village.

The target is also to ensure that there is full 5G coverage on the high-speed railway to Zhangjiakou, which is co-hosting the Games with the Chinese capital.

Zhangjiakou is scheduled to host freestyle and Nordic skiing and snowboarding during Beijing 2022.

It is planned that 49 5G base stations will be built along the Beijing-Zhangjiakou high-speed railway and 32 along the Beijing to Chongli expressway, guaranteeing 5G coverage for athletes and visitors during their trips between venues, it is claimed.

Additionally, the Beijing subsidiary of China Tower has ensured full 5G coverage in the auditoriums of the venues.

China Tower was formed in 2014, when the country's mobile carrier China Mobile, China Unicom and China Telecom transferred their telecom towers to the new company.

The three companies decided to create the new entity in a move to reduce redundant construction of telecommunications infrastructure across the country.

China ended the first quarter of the year with a total of 819,000 5G base stations, up from 771,000 5G sites at the end of 2020, according to a report published by Chinese newspaper Global Times.

By the end of the year, Chinese operators aim to install over 600,000 5G base stations, according to the report.