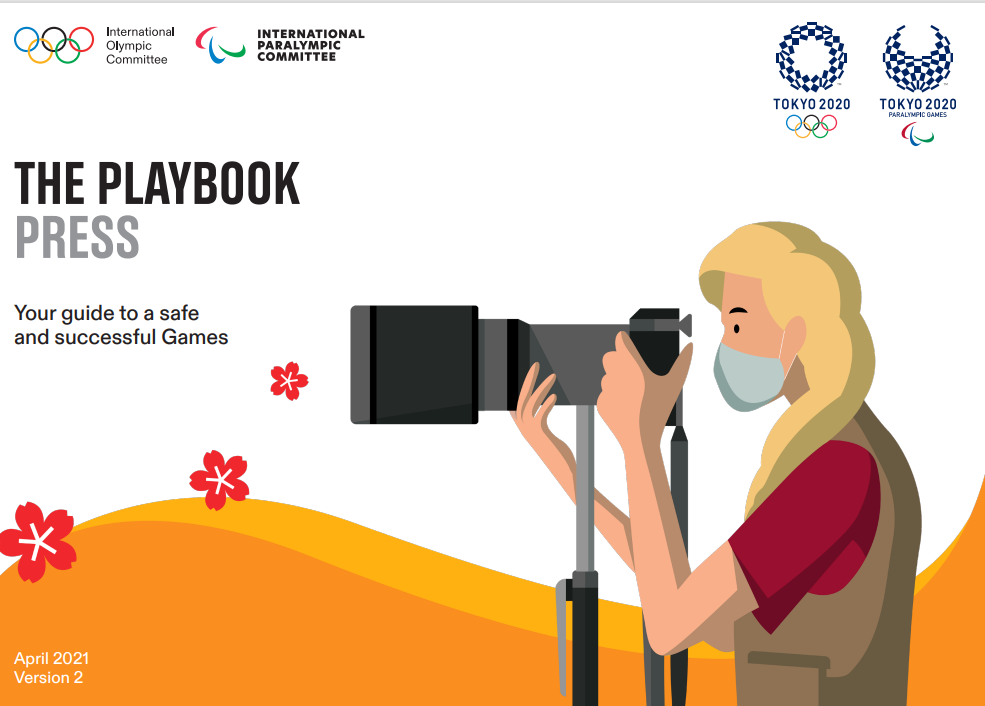 Tokyo 2020 organisers have released an updated media playbook for the upcoming Olympic and Paralympic Games and, in a major change from the first edition published in February, public transport can be used after they have spent 14 days in Japan.

The 51-page document has been designed for journalists, photographers, technicians, broadcasters and other personnel based at the Main Press Centre.

Finding alternative transportation for members of the "high number of accredited press" not staying at official Tokyo 2020 hotels had been identified as key challenge for organisers of this summer’s re-scheduled Games following the original ruling that public transport would not be available to them "unless given permission".

Under the details in the updated playbook, media personnel are not allowed to use public transport during the initial two weeks of their stay, but it may be used after that initial period as long as Japanese hygiene protocols are followed.

International Olympic Committee's head of media operations Lucia Montanarella had admitted that, following the publication of the first playbook, they had become aware that "there is a high number of accredited press who are staying in different locations" from official hotels booked through Tokyo 2020.

The playbook contains the same warnings, messaging and restrictions outlined in the document for athletes, published on Wednesday (April 28), but has been tailored for media representatives.

Participants must wear a facemask at all times, except when eating, drinking and sleeping, but the use of public transport will be allowed after the first 14 days in Japan have elapsed - an easing of the initial outright ban in the first playbook.

One of the new additions from the previous playbook is a requirement that all media organisations plus freelancers will be asked to appoint COVID-19 Liaison Officers (CLOs) who will act as a point of contact for all coronavirus matters.

CLOs will be given specific training prior to Tokyo 2020 and will be responsible for ensuring attendees understand and follow the rules in the playbook.

Another important update to the earlier playbook relates to revised border control measures in Japan meaning all arrivals must quarantine in their accommodation for three days after arrival.

They can leave quarantine, however, if they test negative each day.

The latest document warns there will be a "significant reduction of capacities for all press and photo areas" to allow social distancing to be followed.

As a result an advanced booking system for daily access to competition venues is being introduced.

"We value the work of the Press in covering these Games and distributing worldwide the images and stories of the athletes," associate director of Olympic Games media operations at the International Olympic Committee Lucia Montanarella writes in her introduction to the playbook.

"We have worked intensely with all parties involved to ensure that reporting of the Games will not be affected, despite the different working conditions in place.

"The eyes of the world will be on Tokyo this summer.

"With more broadcast and digital coverage than ever before, the performances of athletes, who have continued to train during these very difficult times, will provide much needed positivity and hope to billions of people around the world."

Accredited members of the media are required to submit requests at least in day in advance for the venues, days and if applicable sessions, that they wish to attend of a particular event.

Attendees are asked to minimise physical interaction, which includes avoiding physical contact, keeping two metres from athletes and at least one metre from others, including in operational spaces.

Media representatives will be required to take two COVID-19 tests on two separate days within 96 hours of departing to Japan and to have regular tests throughout their time at Tokyo 2020.

Hygiene is another focus of the playbook, with attendees told to regularly wash hands and to show support for athletes by applauding rather than by singing or chanting.

Athlete interviews can be conducted in the dedicated mixed zone of the Olympic and Paralympic Village Plaza, but must be no longer than 90 seconds in duration.

These locations require temperature checks to be conducted on entry and for physical distancing to be followed at all times.

Media personnel are allowed to leave Japan after the Olympic Games and then re-enter the country for the Paralympic Games, but upon re-entry they are subject to the same stricter rules that apply for the first 14 days of their stay at the Olympics.

The document concludes that non-compliance with the playbook puts media personnel at risk of losing their accreditation to Tokyo 2020.

A third updated version of the playbook is due to be published in June.

The Tokyo 2020 Olympics are scheduled to take place from July 23 to August 8, with the Paralympics set to follow from August 24 to September 5.

The latest version of the playbook for the press can be read in full here.