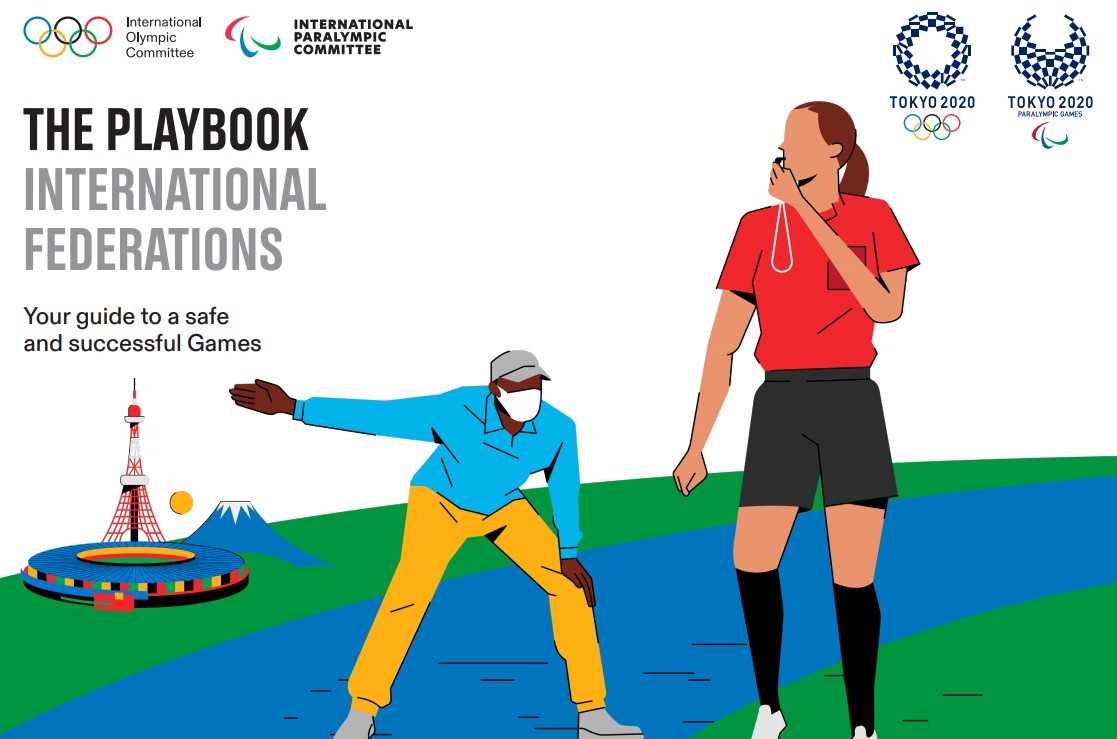 Officials attending the postponed Tokyo 2020 Olympics and Paralympics have been told not to sing or chant when supporting athletes, or use public transport without permission, under the first set of rules designed to ensure the Games can take place safely during the coronavirus pandemic.

It outlines the rules International Federation and technical officials will be expected to adhere to during the event, which organisers have insisted will go ahead despite the COVID-19 crisis.

International Federation and technical officials have been urged to "support athletes by clapping and not singing or chanting" and will be banned from visiting tourist areas, bars, restaurants and shops as part of measures aimed at limiting the risk posed on the Games by COVID-19.

They will also be prevented from using public transport "unless given permission", and will be asked to fill out an "activity plan" detailing their first 14 days of their stay in the host country.

Participants are set to be "regularly" tested for COVID-19, including before they travel to Japan, on arrival in the country, during the Games and possibly prior to their return home.

Those who test positive could be "isolated in a Government-approved facility", according to the playbook.

Asking participants to install Japan's COCOA and health reporting mobile phone applications is among the other rules.

Much of the document details measures society has grown accustomed to since the coronavirus pandemic hit, including wearing of masks - which will be mandatory for officials, except when eating or sleeping - and keeping a safe distance from others.

International Federation and technical officials have been asked to remain two metres away from athletes during the Games.

While the first "playbook" focuses on International Federation and technical officials, IOC executive director for the Olympic Games Christophe Dubi revealed it would form the "framework" for those aimed at athletes, media and broadcasters that are due to be published in the coming days.

Rules on testing, social distancing, hygiene and behaviour during the Games are all likely to be included in the other playbooks, which will be continually updated depending on developments with the global health crisis.

"This is where you will see more distinctions, such as the testing regime, and how it will be different according to the stakeholder group," Dubi added.

"From a technical stand point we are very confident for a number of reasons but for all Games participants, there will be some conditions and constraints that will require flexibility and understanding."

Delegations and staff will be required to appoint a COVID-19 liaison officer to ensure the rules in place are followed.

"Repeated or serious failures to comply with these rules may result in the withdrawal of your accreditation and right to participate in the Olympic and Paralympic Games," the playbook adds.

Dubi declined to give further details but insisted organisers were confident the "vast majority, if not all" of participants would stick to the rules.

"We do not anticipate many breaches of the rules but if there are, there will be a procedure in place," he said.

"If push comes to shove and we have to activate the disciplinary commission, then this will be done.

"The rules are simple and are there for everyone to be safe."

The playbook reiterates vaccines will not be mandatory for participants to attend Tokyo 2020, while the IOC also confirmed athletes can be expected to be tested every four days during the Games.

"All of the rules outlined in this playbook will apply, whether or not you have received the vaccine," the document reads.

Its release comes as organisers, the IOC and IPC attempt to reassure athletes and other stakeholders that the Games will go ahead as planned this year.

A surge in coronavirus cases across the world, largely attributed to the discovery of new variants of COVID-19, has led to increased speculation that Tokyo 2020 will have to be cancelled.

IOC President Thomas Bach claimed last week the rumours surrounding the Games "are hurting the athletes in their preparations".

"We're not losing time or energy on speculation about whether the Games are taking place - we are working on how the Games will take place," Bach said following the last meeting of the IOC Executive Board.

They will be updated in April, with the final versions expected in June.

The first playbook can be read in full here.