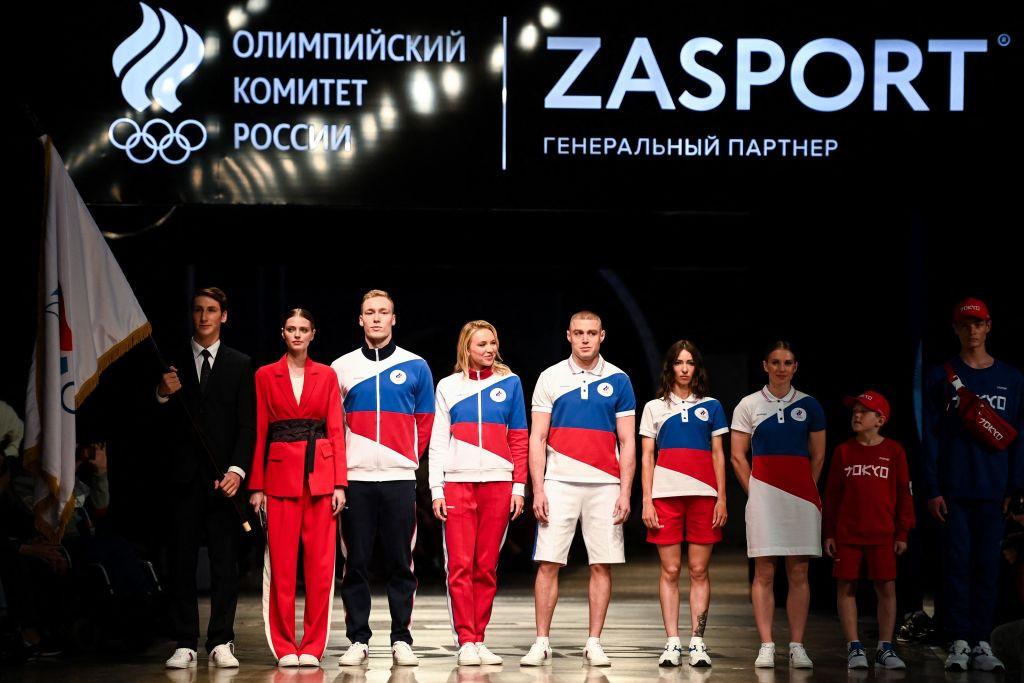 The "neutral" Russian team at this year's postponed Tokyo 2020 Olympic Games is set to wear a controversial uniform featuring the colours of the country's flag, which is banned due to doping sanctions.

Manufacturers ZASPORT have unveiled the uniform for the nation's team, which will take part at the Games as "ROC" as part of the punishments imposed on the nation for its "cover-up of the cover-up" in the doping scandal.

While the Russian flag itself is absent from the uniform to comply with the terms of the sanctions, the national colours are prominent on the majority of the kit which will be donned by ROC competitors.

It includes polo shirts and jackets with white shoulders above thick bands of blue and red - the three colours of the national flag in the order in which they appear on it.

Under the terms of the decision by the Court of Arbitration for Sport (CAS), which halved the four-year package of punishments initially imposed by the World Anti-Doping Agency (WADA), Russian athletes can only compete at the Olympic Games and World Championships as neutrals and its flag, anthem and symbols have been banned.

The International Olympic Committee (IOC) said the uniform designs were in line with the guidelines for implementation of the CAS verdict that it published in February.

"The uniforms have been approved on this basis," an IOC spokesperson added.

Critics have claimed the sanctions represent Russia being banned from Tokyo 2020 and Beijing 2022 in name only, a view which may gain traction based on the uniform design.

"The most important symbol is the flag, we cannot use it," said Russian Olympic Committee President Stanislav Pozdnyakov.

"But we used the colours of the flag.

"In those models that you have seen, the national flag is clearly visible."

The guidelines also stipulate that if the uniform contains or displays the name "Russia" in any language or format, the words "neutral athlete" - or an equivalent - must be displayed in English in a position and size that is no less prominent than the name "Russia".

"If the uniform includes the words 'Russian Olympic Committee', such wording should be removed all together or be replaced with the acronym ROC," the guidelines state.

"If removing the words 'Russian Olympic Committee' is not possible or if the word 'Russia' or 'Russian' appears separately, then the words 'Neutral Athlete' for example must be included in a position and size that is no less prominent."

The rescheduled Tokyo 2020 Olympics, postponed to this year because of the coronavirus pandemic, are scheduled to open on July 23 and run through to August 8.