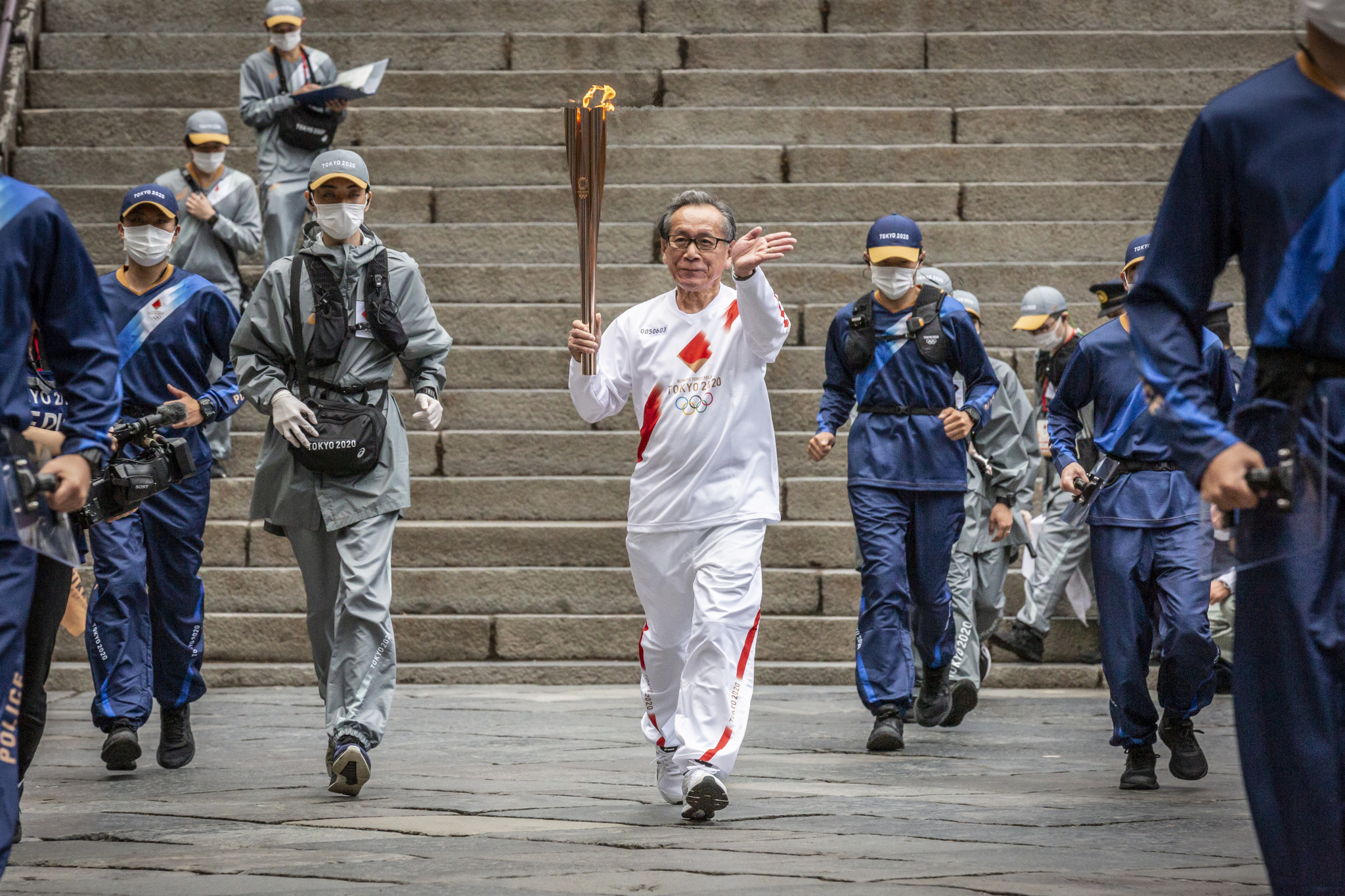 The Olympic Flame started its 121-day journey across Japan on March 25 and was scheduled to go through the Osaka prefecture on April 13 and 14.

But Suga has now decided to cancel the Torch Relay event in Osaka amid concerns over an increase in COVID-19 infections, according to Reuters.

Suga's decision comes after Osaka Governor Hirofumi Yoshimura called for the event to be scrapped in the city.

"I personally think the Torch Relay in Osaka city should be cancelled," said Yoshimura in a report by Reuters.

"We'd like to start discussions with Osaka city and Tokyo 2020."

According to reports, the Japanese Government is poised to bring in fresh restrictions in Osaka, Hyogo and Miyagi from April 5 to May 5.

A taskforce, led by Suga, was due to approve the measures today.

Under the restrictions, people will reportedly be told to work from home and businesses will be ordered to shorten hours or face fines.

Osaka and Tokyo - which is set to host this year's rescheduled Olympic and Paralympic Games - were among several areas in Japan that were placed under a state of emergency at the start of the year in a bid to reduce the spread of coronavirus.

Restrictions were eased last month but there are now fears of a new wave of the pandemic.

"In Osaka in particular, the number of infected individuals in their 20s and 30s is increasing as people continue to go out at night," said chief cabinet secretary Katsunobu Katō in a report by Reuters.

"Reports of mutant strains are also increasing, and the contagion is expected to continue."

Tokyo 2020 President Seiko Hashimoto recently claimed the Olympic Flame would "become a bright light of hope for Japanese citizens" after it began its journey in Fukushima.

Around 10,000 runners are expected to carry the Torch through Japan's 47 prefectures over 121 days, with the Olympics scheduled to start on July 23.

"It's very unfortunate, but the Torch Relay should be cancelled," Osaka Mayor Ichirō Matsui told Nikkei.