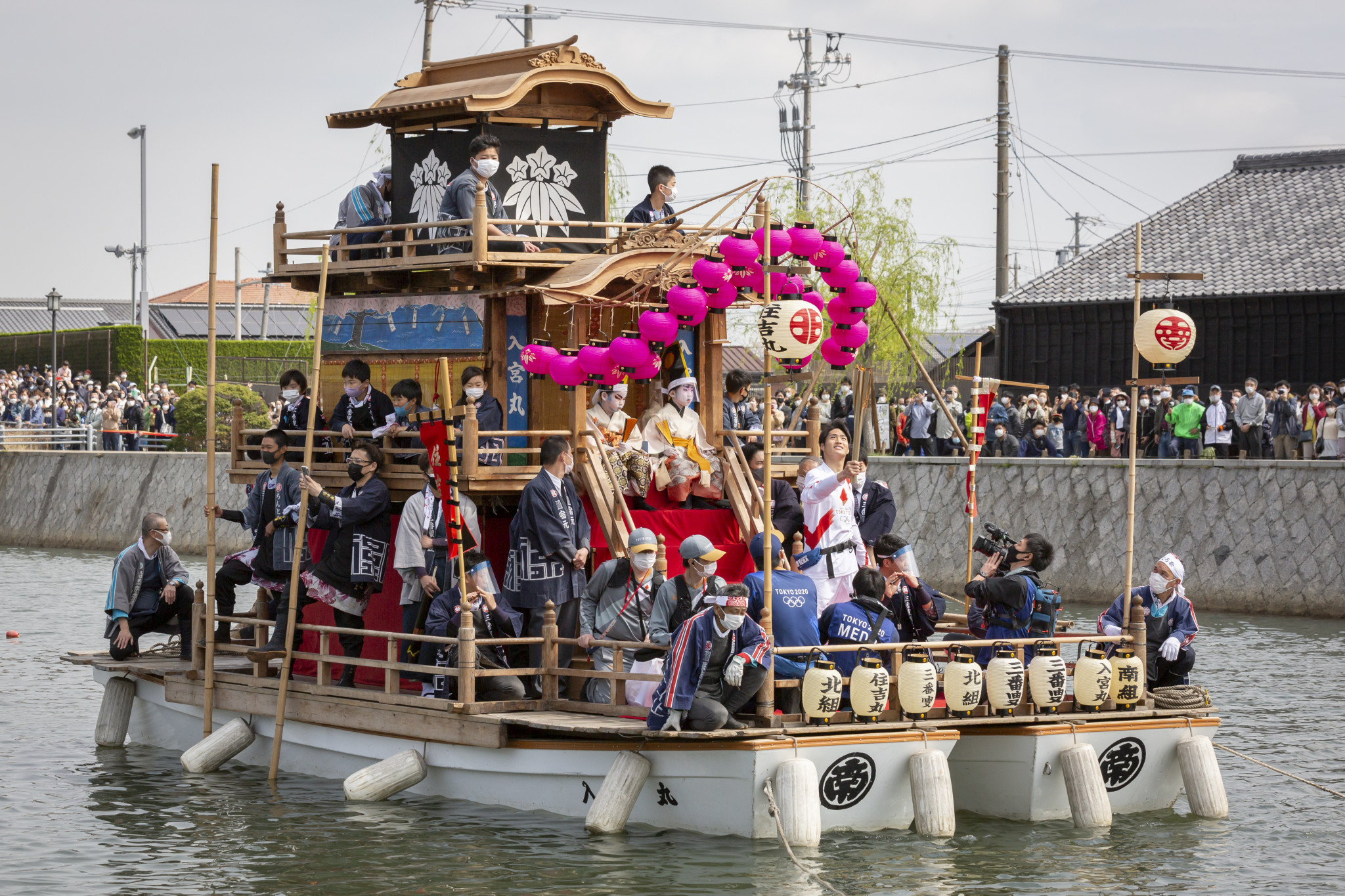 The first fortnight of a 121-day journey is now almost complete, but the Olympic Torch Relay has already been forced to sidestep another sexism controversy when it reached Handa in the prefecture of Aichi.

The Flame was carried on a traditional Chintoro boat to celebrate "Handa no Haru no Dashi Matsuri", a festival to welcome spring, which has been celebrated since the 17th century.

The Mainichi Shimbun newspaper reported that organisers were forced to make a late change to allow women to participate, following criticism.

Traditionally only men have been permitted to ride on the special Chintoro boat, during the festival, but those in charge eventually allowed three women in the crew of 30.

Festival consultant Tatsumi Shiraiwa told the Mainichi "it brought about a good opportunity to think about letting women board in future."

Six-year-old Honoka Sakakibara had been permitted to board alongside her father Masao who said "it was a once in a lifetime experience so it was a good memory to ride it with my daughter."

Although some big-name celebrity runners have elected not to participate, J- Pop idol Hirano Taishin, lead singer of Mag!c Prince, carried the Flame on board a boat festooned with colourful lanterns as part of the festival.

A robot helping to carry the torch! 🤖 🔥

When GOTO Akihito came to Toyota in 2007, his goal was to solve the problems people with physical impairments faced.

The solution? Robotics, which today helped him carry the @OlympicFlame.

Akihito Goto, an engineer with car giant Toyota, had been working on increasing mobility for those who have impaired movement and helped devise a robot.

Goto carried the Torch alongside his invention in Anjō.

Masaaki Hiromura, the Tokyo 2020 pictogram designer, had drawn his inspiration from watching the 1964 Tokyo Games as a 10-year-old.

As he carried the Flame in Toyohashi, Hiromura said: "The Olympic Games are a sports festival but also a competition for culture.

"I think the important role of connecting the Torch is to pass the baton to the future."

Basketball player Atsuya Ota, who plays in Japan’s B-League with the San-en NeoPhoenix, carried the Flame at the Toyokawa Inari shrine.

"It was a very valuable experience.

"I was glad that people came to support me."

The last time it had been on the itinerary for a Torch Relay was as part of the ill-starred Journey of Harmony towards Beijing in 2008 when demonstrations against Chinese policy in Tibet had disrupted events.

In Saku, astronaut Kimiya Yui was a Torchbearer.

In 2015 he had spent 100 days on the International Space Station.

He had watched curling at the 1998 Games and became an Olympian at Pyeongchang 2018.

The city itself has a place in Olympic history, as it also staged the equestrian events at the Tokyo 1964 Games.

The Flame has now visited six of the 47 prefectures planned.

It continues to Wie, Wakayama and Nara but next week it is scheduled to visit Osaka.

It is scheduled to spend two days and visit Osaka City proper on 14th April, but announcements last week seemed to indicate that the Torch Relay in the city has been cancelled.

A statement on Tokyo 2020 website today said: "We will continue to hold close discussions with the Osaka Prefectural authorities regarding the implementation of the Olympic Torch Relay and strive to announce the outcome as soon as possible."

Reports last week had indicated that portions of the relay had been cancelled because of high cOVID-19 infection rates in the region.

Meanwhile Kyodo News reports that the governor of Shimane Tatsuya Maruyama has agreed with Tokyo 2020 that the Torch Relay should pass through the prefecture next month.

Marayama had earlier expressed his dissatisfaction with the handling of the crisis by local and national authorities and had threatened to cancel Torch Relay events in the prefecture.