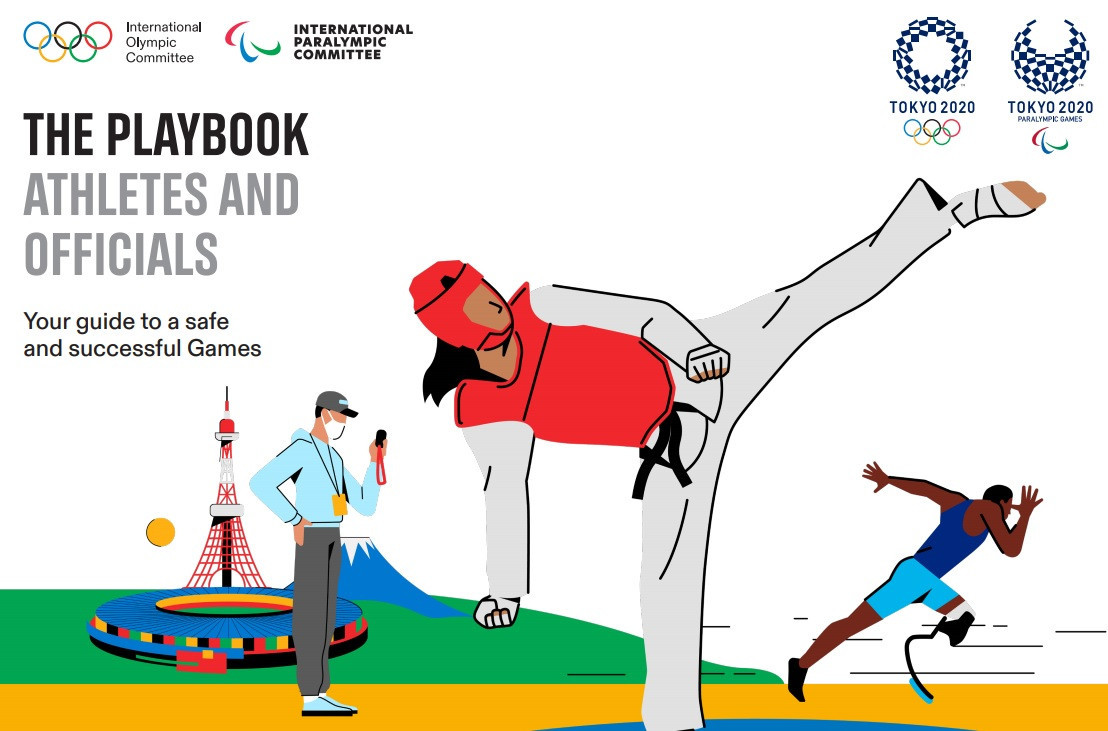 Athletes have been explicitly told to tone down their celebrations at the Tokyo 2020 Olympic and Paralympic Games under a series of strict rules designed to mitigate the risks posed on the event by COVID-19.

In the "playbook" for athletes and team officials, seen by insidethegames prior to its publication next week, competitors have been urged to "find other ways to celebrate" during the Games.

How this rule will be applied to victory ceremonies has not yet been confirmed.

Athletes who return a positive coronavirus test "will not be able to compete", as expected, and they could be placed into isolation at a Government-approved facility away from the Tokyo 2020 venues.

They have been told to get tested immediately after being notified by the health reporting app or if called to do so by their COVID-19 liaison officer.

insidethegames understands measures are being considered to prevent false positives from stopping an athlete taking part in their event, including the possibility of only barring those with a defined number of positives from competing.

As in other playbooks released this week, athletes have been warned repeated violations of the rules - which will apply to everyone, regardless of whether they have been vaccinated or not - could see them excluded from the Games.

Athletes who attend a pre-Games training camp will be tested again for COVID-19 three days before they arrive at the Village, and could be prevented from entering it if they are positive.

"You will either be required to continue isolating or be hospitalised," the playbook states for athletes and team officials who return a positive test.

"You will not be allowed to compete."

Tests will be carried out at the dedicated facility inside the Olympic and Paralympic Village "or at designated facilities for athletes staying in satellite villages (or Para cycling accommodation)", the playbook states.

Results will be "processed in a timely and efficient manner, and interpreted taking into account individual health circumstances".

A dedicated Results Advisory Expert Group (REAG) will be set up to establish "specific protocols for interpretation of results", the playbook states.

The document lacks the concrete details that athletes may have been hoping for, but the IOC, the International Paralympic Committee and Tokyo 2020 have promised to release more information in the April update to the playbook.

Many of the contents are similar to those in other playbooks published for International Federations, technical officials, and the press - including filling out a mandatory 14-day activity plan, it being required to wear a mask except for training, competition and when eating and sleeping, a ban on hugs, high-fives and handshakes and being barred from visiting tourist areas such as bars and restaurants.

But it contains a warning that athletes and their team officials have an extra responsibility to ensure they adhere to the rules.

"It is crucial that you take personal responsibility for your part in the plan," the document states.

"As athletes and team officials, you will set the standard.

"We trust that the measures laid out will mitigate any risks and impacts involved in participating in the Games, and we fully count on your support to comply with them.

"However, despite all care taken, risks and impacts may not be fully eliminated, and therefore you agree to attend the Olympic and Paralympic Games at your own risk."

The playbook also reiterates the previously confirmed "period of stay" guidelines, which tell athletes they must arrive no earlier than five days before their event at Tokyo 2020 and depart a maximum of two days after.

Athletes must only leave the Village "to carry out the activities detailed in your 14-day activity plan".

Competitors and team officials will also be banned from using public transport "unless given permission", although they are able to use airplanes and trains "if no other options are available to travel to and from or remote venues".

This rule will apply to travel to and from pre-Games training camps, where they will also only be allowed to visit training venues and their accommodation.

Athletes will have their temperature checked at all venues, where other countermeasures in areas where social distancing is impossible will also be implemented.

The playbooks form part of an effort from organisers, the IOC and IPC attempt to reassure athletes and other stakeholders that the Games will go ahead as planned this year.

A surge in coronavirus cases across the world, largely attributed to the discovery of new variants of COVID-19, has led to increased speculation that Tokyo 2020 will have to be cancelled.

IOC President Thomas Bach claimed last week the rumours surrounding the Games "are hurting the athletes in their preparations".

"We're not losing time or energy on speculation about whether the Games are taking place - we are working on how the Games will take place," Bach said following the last meeting of the IOC Executive Board.

The full playbook for athletes and team officials can be read here.