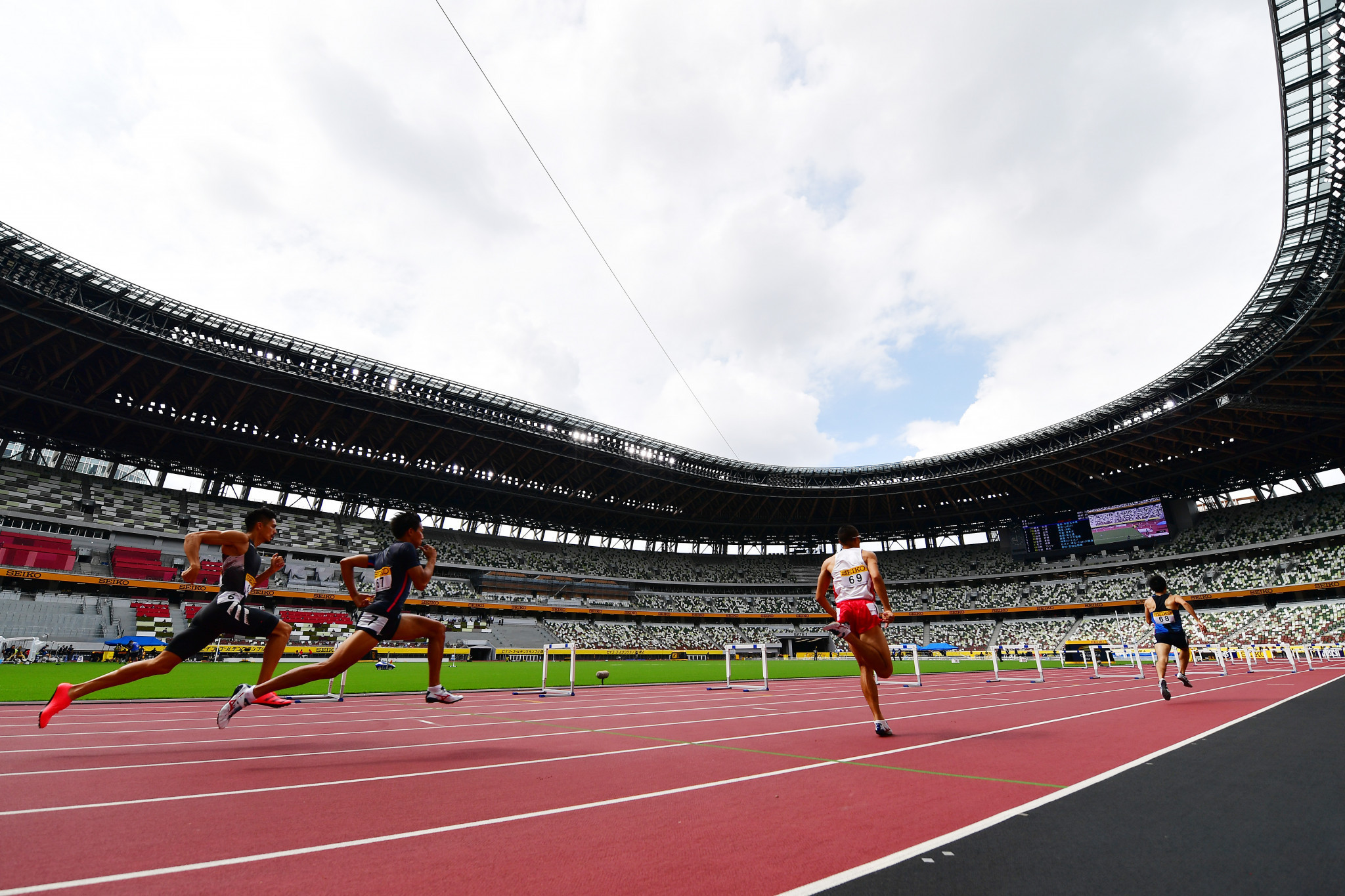 Foreign athletes may not be able to take part in the World Athletics Continental Tour meeting scheduled for Tokyo on May 9, which is doubling up as the track and field test event for the re-scheduled 2020 Olympics due to start less than 11 weeks later.

Mitsugi Ogata, senior managing director of the Japanese Association of Athletics Federations (JAAF) told Kyodo News that "it could be difficult" to invite athletes from abroad during the current pandemic.

Speculation over whether the Games, postponed from last year, will be able to open as scheduled on July 23 has intensified since the New Year, after a number of countries began to report a significant rise in coronavirus cases.

This is thought to be largely caused by more transmissible variants of COVID-19 and has resulted in a state of emergency being declared in several areas within Japan, including the capital city Tokyo.

Tokyo's new Olympic Stadium is set to host what would be the opening event of this year’s World Athletics Continental Tour Gold meeting series.

The venue - formally called the Japan National Stadium following its $1.4 billion (£1 billion/€1.1 billion) renovation for the Olympic and Paralympic Games - is also scheduled to stage the Tokyo 2020 Opening and Closing Ceremonies.

The test event for the Olympic marathon course in Sapporo is due to take place during the Hokkaido-Sapporo Marathon Festival on May 5.

It will involve a half marathon on the Olympic course as part of the Hokkaido-Sapporo Marathon Festival.

Olympic marathons and walking races are being held in Sapporo, on the northern Japanese island of Hokkaido, because of concerns over the heat in Tokyo.

Meanwhile the JAAA has announced that the final domestic Olympic qualifier for the 10,000 metres will be held on May 3 in Shizuoka Prefecture.

The national trials for combined events are scheduled for June 12 and 13 in Nagano, with the final Olympic qualifying for remaining events due to take place in Osaka from June 24 to 27.