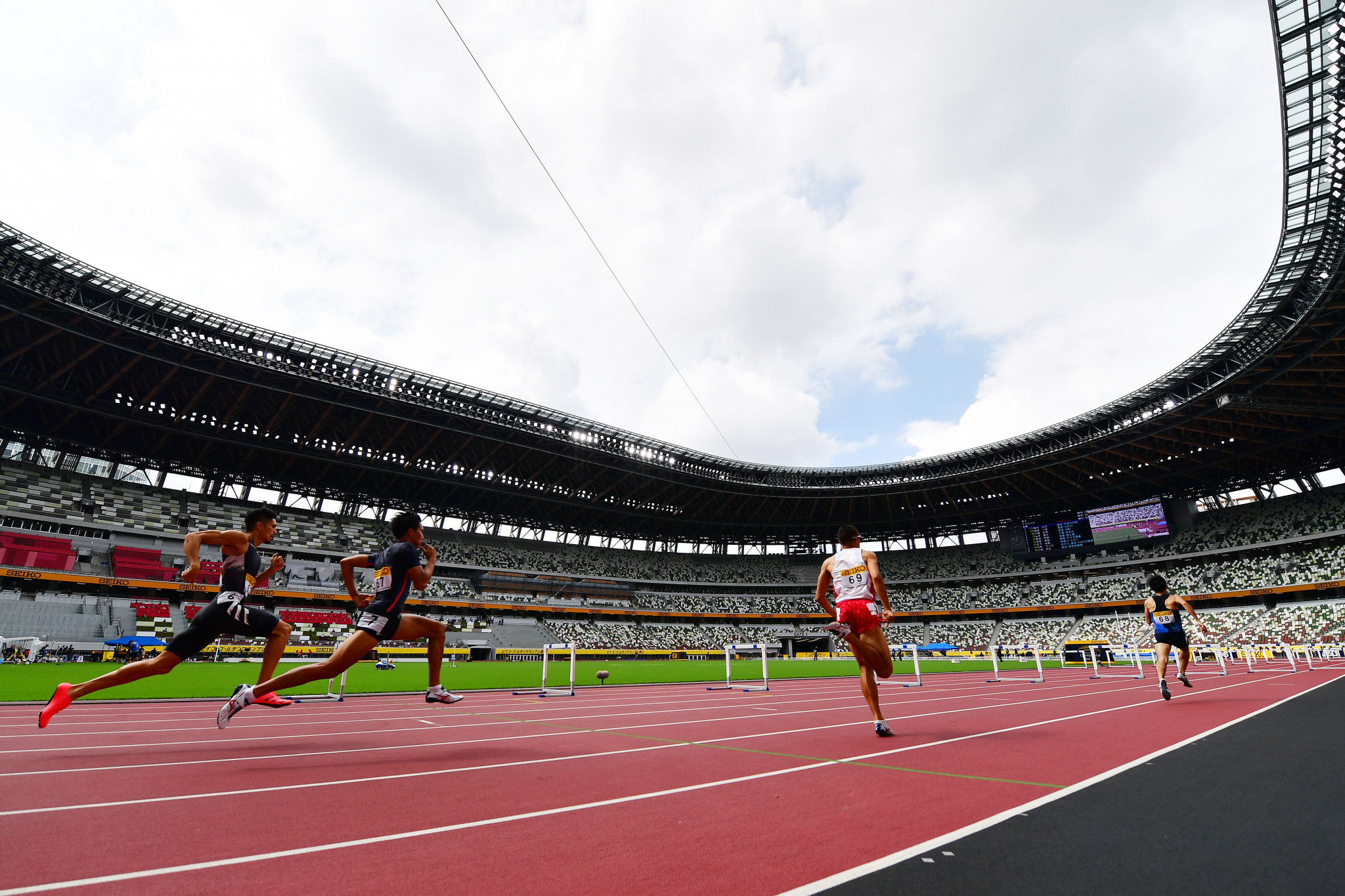 Tokyo's new Olympic Stadium is set to host the opening event of next year’s World Athletics Continental Tour Gold meeting series on May 9.

The event will act as an Olympic test event less than 12 weeks before it is due to stage the athletics at the re-arranged Tokyo 2020 Games.

The venue - formally called the Japan National Stadium following its $1.4 billion (£1 billion/€1.1 billion) renovation for the Olympic and Paralympic Games - is also scheduled to stage the Tokyo 2020 Opening and Closing Ceremonies.

The new design holds 68,089 in athletics mode with the ability to construct temporary seating over the permanent track to create an increased capacity of 80,016.

Capacity during the Olympic Games is expected to be 60,102 considering press and VIP seating areas.

It was visited in October by World Athletics President Sebastian Coe, who encouraged Tokyo to bid to host for another World Athletics having previously staged the event in 1991.

"I saw a Stadium that will be a fitting venue for a future World Championships in track and field," Coe said during his tour of the venue.

"It is our ambition, with the support of the municipalities and the local federations for us to come back to this great city as soon as we possibly can."

A total of 20 events were held in a meeting without spectators because of the coronavirus pandemic, with the highlight being the men's 100 metres won by Japan's Kiryu Yoshihide in 10.14sec.

Tokyo is due to be one of 11 meetings in 10 countries spanning four continents in World Athletics’ second tier of international meetings.

Launched this year, the aim of the Tour is to create a coherent global tour of the best international one-day meets outside of the Diamond League, reaching across every continental area.

The Tour comprises Gold, Silver and Bronze level meetings spanning the globe and held from February to December.

Despite the unprecedented challenges posed by the global COVID-19 pandemic seven of the original 10 Gold Tour meetings were held this year.

The highlight of this year’s Tour was the performance of  Germany’s Johannes Vetter, who produced the second longest javelin throw in history, and the furthest for 24 years, with an effort of 97.76 metres at the Skolimowska Memorial meeting in Chorzow in Poland.

"This year has presented tremendously difficult conditions for launching a new one-day series, but the Continental Tour has thrived in its first year, attracting huge support from both athletes and fans, and giving us great confidence that it will go from strength to strength in the coming years," Coe said.

"One of our primary goals at World Athletics is to improve the competitive and earning opportunities for elite athletes around the world and the Continental Tour is doing that with the creation of new meetings like the Kip Keino Classic in Nairobi.

"This is also creating new avenues for fans to watch our leading athletes, either in person or via broadcast or livestream, as has been primarily the case this year."

Once again, the 2021 Continental Tour Gold series will combine some of the sport's most established meetings with newer competitions.

Ten days after the Tokyo event, the tour is due to move to Europe for the 60th edition of the Golden Spike in Ostrava in Czech Republic on May 19.

The next month the Tour is scheduled to move into high gear with three meetings in four days, making stops in Kingston in Jamaica for the Racers Adidas Grand Prix on June 5, the FBK Games in Hengelo in The Netherlands on June 6 and the Paavo Nurmi Games in Turku in Finland on June 8.

After a break for National Championships, the series is due to resume in Bydgoszcz in Poland on June 30 for the Irena Szewinska Memorial, a newcomer to this year's tour, and continue in Szekesfehervar in Hungary on July 6.

Following the Olympic Games, scheduled to take place between July 28 and August 9, the Tour will resume with events in Chorzów on September 5, the Croatian capital Zagreb on September 14 before concluding, as it did this year, with the Kip Keino Classic in Nairobi on September 18.

There is also due to be a meeting in Nanjing in China, but the date still must be confirmed.