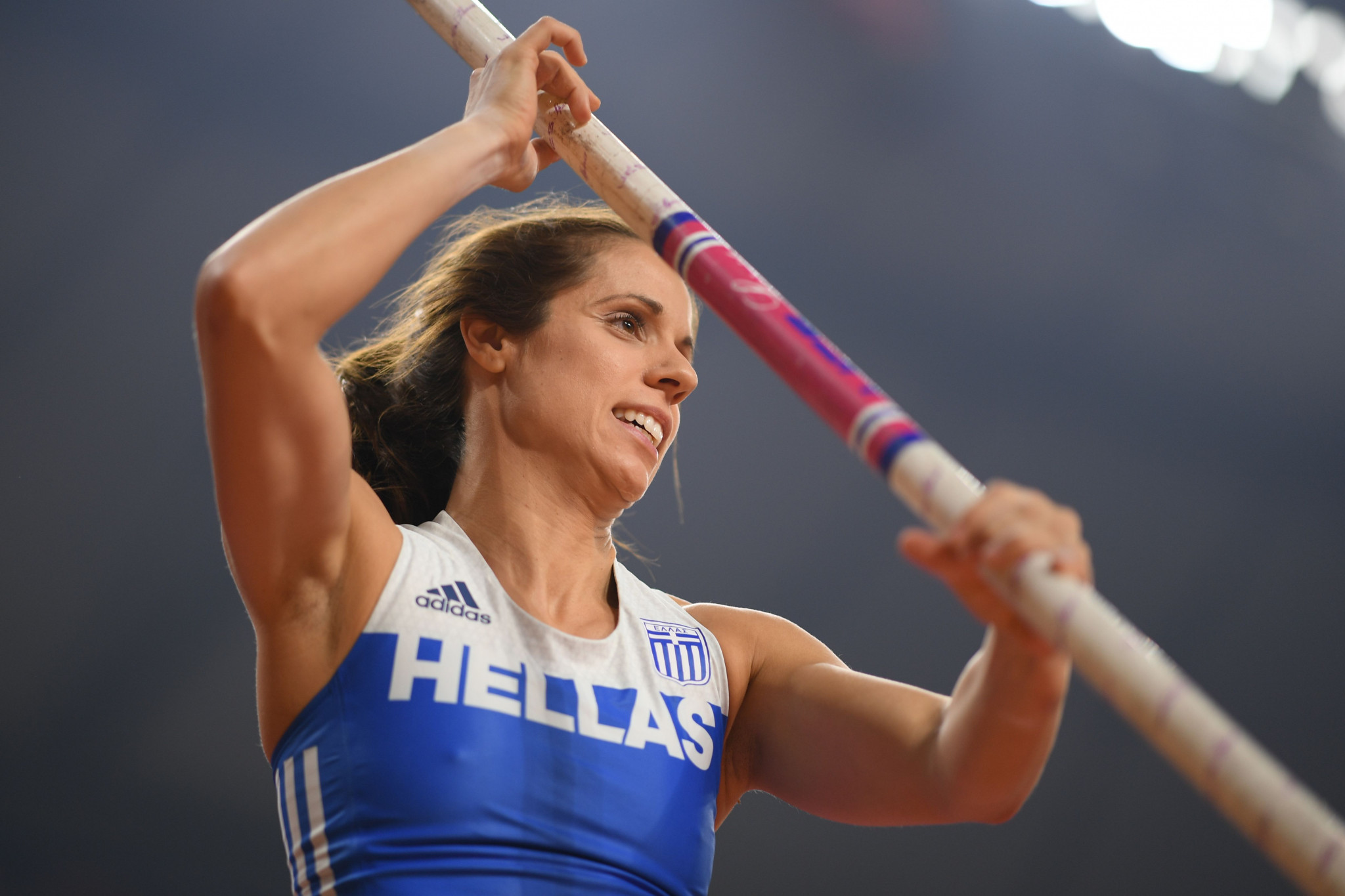 Stefanidi, who is standing for election to the IOC Athletes' Commission, claimed the majority of athletes wanted the Olympics to open on July 23.

This is despite increasing speculation about the staging of the Games as the COVID-19 pandemic shows no signs of improving.

But Britain's two-time Olympic triathlon champion Alistair Brownlee, another candidate for election to the IOC Athletes' Commission, has urged organisers to not rush into a decision regarding the Olympics, which are scheduled to close on August 8.

Stefanidi had claimed last March that around 80 per cent of athletes wanted Tokyo 2020 postponed or cancelled, and accused the IOC of leaving athletes "at risk" by going ahead with the Games.

"I think that it's a very different situation than what we had last year, where we didn't really know anything about the virus," Stefanidi told Kyodo News.

"But if we do this [survey] again, it will be reversed, then 80 per cent of the athletes would want the Olympics to go ahead."

Stefanidi also described the cancellation of Tokyo 2020 as the "worst case scenario".

"I think if we have to have the Olympics without spectators, I would prefer that than not having the Games at all," she said.

"If we can have the Olympics with some spectators, that will be better of course - for me the worst case scenario would be to completely cancel."

Stefanidi, who took gold in the women's pole vault at Rio 2016 with a jump of 4.85 metres, also sits on the World Athletics Athletes' Commission.

Concerns over the fate of Tokyo 2020 have intensified since the New Year, when a number of countries began to report a significant rise in coronavirus cases.

This is thought to be largely caused by more transmissible variants of COVID-19 and forced Japanese Prime Minister Yoshihide Suga to declare a state of emergency in several areas, including the capital city Tokyo.

Public support for the Games is appearing to wane, with a recent Kyodo News survey finding around 80 per cent of Japanese people want this year's Olympics and Paralympics in Tokyo to be cancelled or postponed.

Organisers have insisted the Games will go ahead, with IOC President Thomas Bach claiming last week that there was "no reason whatsoever" for the Olympics not to open on July 23 and there was no "Plan B".

"We just don’t know what’s around the corner with COVID, it’s such a moveable beast," Brownlee told The Yorkshire Post.

"Last year all hell was breaking loose in March and April and by the time we got to July-August, football was on again, and you start thinking it might have been possible to have had the Olympics.

"But then again look how quickly it turned south a couple of months ago.

"So I don’t think even the most well-informed person knows what’s around the corner and we all have to believe it’s on until it’s off.

"Given all that, my suggestion would be don’t rush into a decision, put all the mitigation you possibly can in place so that if you can run it under not-so-ideal conditions - and they’re not going to be ideal let’s be honest - then you can do that."

The London 2012 and Rio 2016 gold medallist is also hoping to be elected to the IOC Athletes' Commission.

Elections to the body were delayed until this year after the postponement of Tokyo 2020.

The IOC confirmed it had extended the membership of the Athletes' Commission representatives whose terms would have expired at last year's Olympic Games.

Four athletes on the Commission - chairperson Kirsty Coventry, co-chair Danka Barteková, France's Tony Estanguet, and James Tomkins of Australia, whose positions on the body carry automatic IOC membership - were due to be replaced last year.