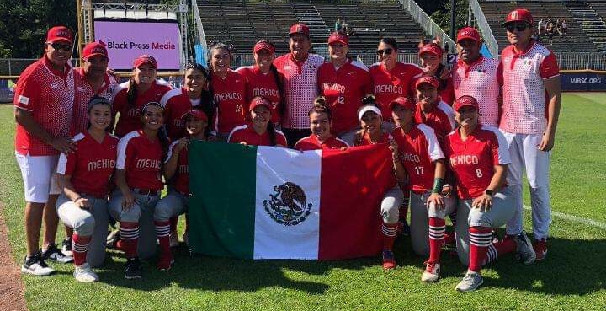 Mexico's women's softball team is set to prepare for this year's Tokyo 2020 Olympic Games with training camps and practice games in the United States.

Carmen Alanís, manager of the Mexican Softball Federation, said there were already plans for the preselection to begin for Tokyo 2020.

"They are going to have a camp where there will be some practice games and try out type tests, because it is still a preselection," said Alanís.

"This will be held in California, but first we are seeing where we can find the field due to the situation that is experienced by the global pandemic."

Players are scheduled to start their training in California, before moving to Florida and then Dallas in Texas.

A return to California will come after their time in Dallas.

In February, the team plans to travel to Australia - where several teams, including Taiwan and Italy, are currently training - to play Japan.

In March, Mexico are again set to travel to Florida and Australia.

The team's players are currently training at home with equipment.

"There is a follow-up both with a physical trainer or with the national team coaches," added Alanís.

"They are sending their reports electronically, they are monitored by means of sensors on the days that they are not together."

As well as games against teams such as Japan, Mexico are scheduled to play professional teams and university teams in the United States.

"The girls are active to be able to continue with their training in good shape so that when they arrive at the Olympic Games, they are as good as possible," added Alanís.

Softball matches are due to be held between July 21 and 27 in Yokohama and Fukushima.

The sport is set to make a its Olympic return at Tokyo 2020 having been dropped from the programme following Beijing 2008.