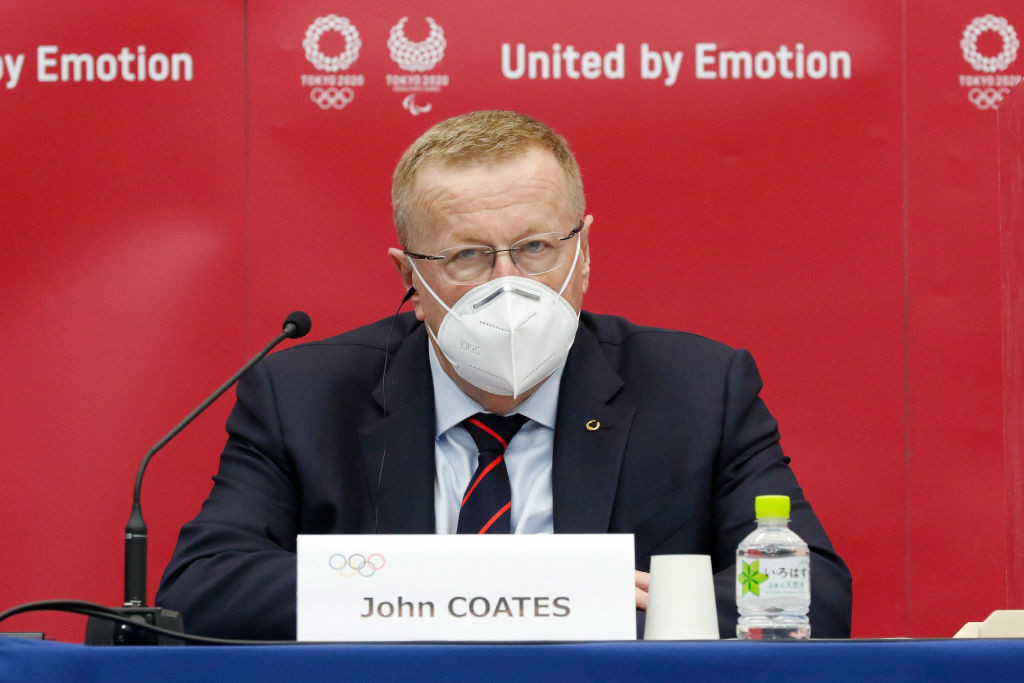 Athletes competing at the postponed Tokyo 2020 Olympic Games next year are set to be encouraged to limit their stay at the Athletes' Village as much as possible to reduce the risk of COVID-19 infection.

Coates, also an IOC vice-president, warned of the need to ensure the Athletes' Village is the "safest place in Tokyo" during the Games and to control the facility so it does not become "overly populated".

The Australian official said his National Olympic Committee (NOC) were planning on sending athletes to the Village four or five days before their competition starts and that they would return home "one or two days" after their event has finished.

Athletes are also likely to be told to remain in the Village during their stay in the Japanese capital and will be encouraged not to go out sightseeing to mitigate the risk posed by coronavirus.

"The number of athletes won't reduce, but we have to make sure the Village is the safest place in Tokyo," Coates said.

"Athletes have to have confidence in the safety of that.

"The period of staying longer increases the potential for problems.

"There will be that natural decision by the teams and the NOCs/International Federations, and we are looking at preparing guidelines for everyone."

The number of officials attending the Opening Ceremonies of the Olympics and Paralympics will be limited to six as part of coronavirus countermeasures which are set to be in place at the Games.

Coates said countries with smaller numbers of athletes will not be able to fill their delegation in the parade at the Ceremonies with officials, as has happened at previous Games.

Tokyo 2020 President Yoshirō Mori said organisers would "have to consider" the number of people involved in the parade, but said "no athlete can be deprived" of their right to participate in it.

Countermeasures were among the main items discussed during the Project Review, but Tokyo 2020 chief executive Toshirō Mutō said no conclusions or decisions had yet been reached.

Mutō claimed an interim report from a three-party working group tasked with devising measures which will allow the Olympics and Paralympics to go ahead would be revealed soon, suggesting it could be published as early as next month.

The Project Review coincided with IOC President Thomas Bach's departure from Japan and came as the country recorded its highest daily number of COVID-19 infections.

More than 2,000 new cases were reported yesterday, 493 of which came in the Japanese capital.

Bach visited the National Stadium and the Athletes' Village during his visit to Tokyo, his first trip outside of Europe since the coronavirus pandemic hit.

The IOC President said yesterday that the organisation would encourage athletes who compete at Tokyo 2020 to have a COVID-19 vaccine, but stressed it would not be an entry requirement for the Games.

American company Moderna earlier this week revealed a COVID-19 vaccine it is developing is nearly 95 per cent effective.

Coates said the IOC would look to assist athletes in poorer countries with a vaccination, but admitted not every athlete will be willing to take it.