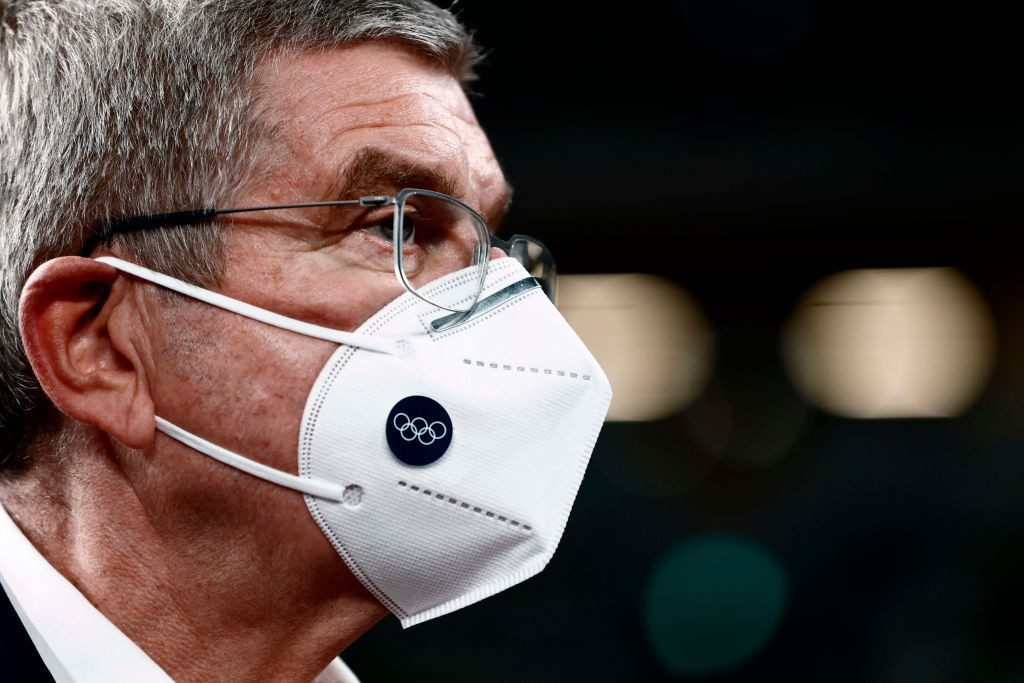 International Olympic Committee (IOC) President Thomas Bach has encouraged athletes to have a COVID-19 vaccination before the postponed Tokyo 2020 Olympics but insisted it would not be an entry requirement for the Games.

Bach, speaking during his first visit to Japan since the global health crisis hit, said making a vaccination for COVID-19 mandatory for athletes wanting to take part at the Games would be "going too far".

The IOC President claimed taking a coronavirus vaccine would be a "free decision" for athletes and others involved in the event, but said they should do so as a "sign of respect" for other competitors and the host nation.

"We will encourage athletes that whenever possible they have the vaccination because it is better for their health, and it is also a demonstration of solidarity with their fellow athletes and also the Japanese people," Bach said.

Bach yesterday suggested the IOC will shoulder some of the costs for vaccinating participants at Tokyo 2020, pushed back to 2021 because of the coronavirus pandemic.

American company Moderna yesterday revealed a COVID-19 vaccine it is developing is nearly 95 per cent effective.

Bach, who has previously insisted a vaccine is not a "silver bullet" for the Games taking place, said the IOC was in talks with manufacturers and other health experts but claimed the organisation would not jump the queue ahead of those who need a vaccination most.

"We made it clear from the very beginning that the first priorities are for the nurses, medical doctors and everybody who keeps our society alive, despite the coronavirus crisis," Bach said during a visit to the Tokyo National Stadium, set to be the centrepiece of Tokyo 2020.

"These are the people who deserve to be the first ones to be vaccinated."

Bach has struck an upbeat tone during his visit to Japan this week, which also included a trip to the Tokyo 2020 Athletes' Village today, as he aims to convince the Japanese public that the Games will go ahead in their rescheduled slot next year.

According to Agence France-Presse, Hunt said the IOC had reassured him "they have moved to secure vaccines for all athletes and officials who would be attending from around the world".

"Our expectation is that there will be vaccines for all athletes from all nations and all officials from all nations, and they'll be well and truly ready long in advance of the Olympic Games," Hunt added.

Organisers are relying on a coronavirus countermeasures taskforce, formed of officials from the Japanese Government, the Tokyo Metropolitan Government and Tokyo 2020, to come up with measures and ways to allow the Games to run as scheduled in 2021.

Queensland's potential bid for the 2032 Summer Olympics and Paralympics was also discussed by Bach and the Australian officials.