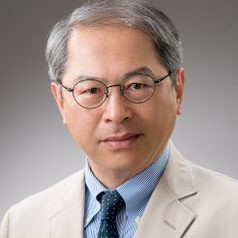 Tokyo 2020 advisor Makoto Yokohari has claimed heat may be a "nightmare" at next year's Olympic and Paralympic Games.

Doubts still swirl over the likelihood of Tokyo 2020 taking place in 2021, with cases of coronavirus still high in various countries around the world.

Yokohari, a professor of environment and urban planning at the University of Tokyo, suggested that even if the Games were held, they would be marred by heat and humidity.

He analysed data going back to the Los Angeles 1984 Olympics, and found Tokyo had the highest average temperature and precipitation of a host city during the period when the Games were held.

Temperatures this July, when the Games were originally due to take place, were significantly cooler in the Japanese capital then on average, however.

"When it comes to heat stress or heat stroke, the problem is not only the temperature but also the humidity as well," Yokohari said, as reported by Reuters.

"When you can combine these two... Tokyo is the worst in history."

"The temperature [this year] was not that high so if we could have this kind of weather next year, maybe it will be okay.

"But, if the weather turns out like right now, or like last year, then it is going to be a nightmare."