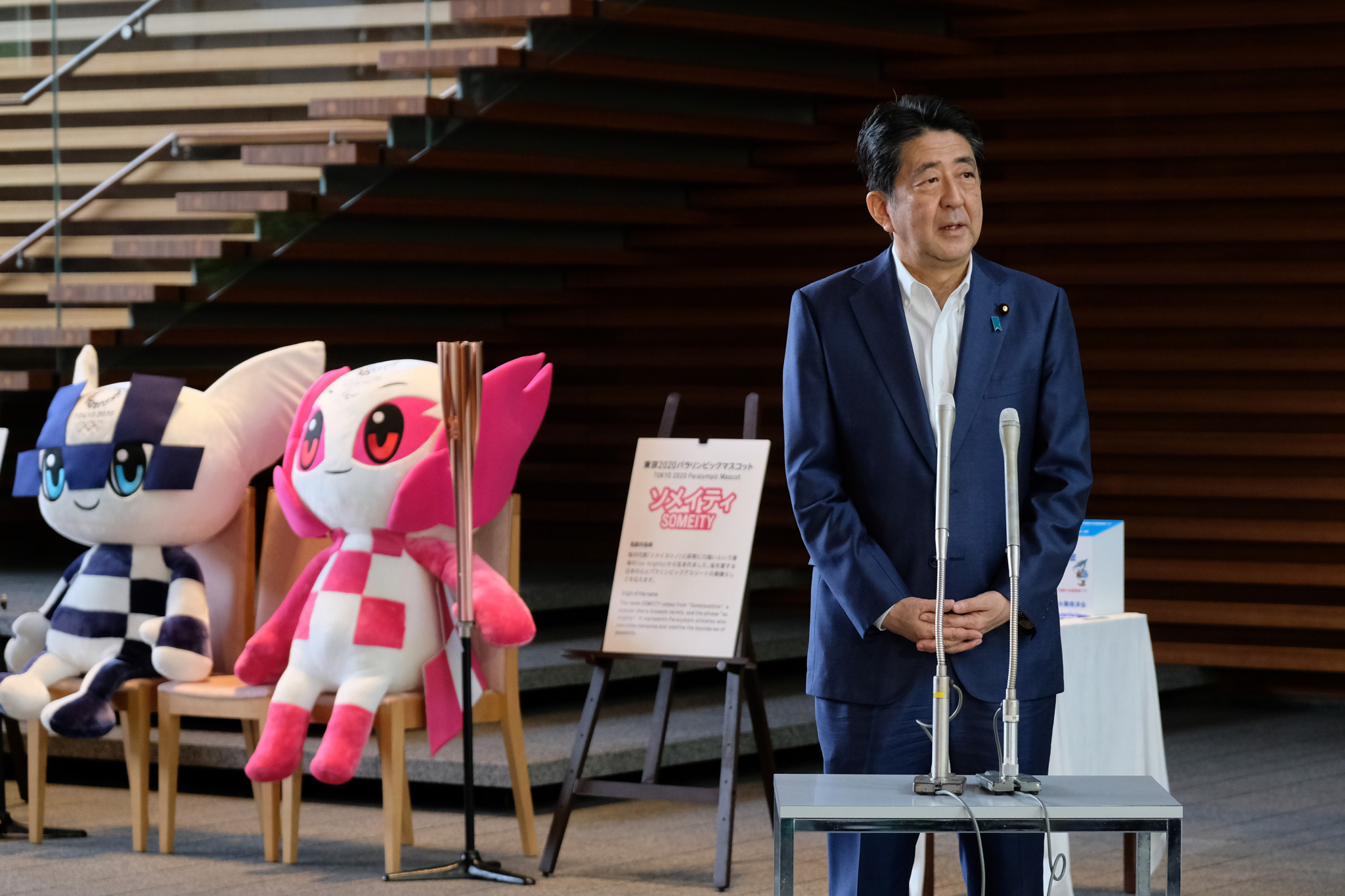 Japanese Prime Minster Shinzō Abe has announced that he is to resign, citing ill health.

Abe, who suffers from ulcerative colitis, is to receive new and more prolonged treatment.

Thomas Bach said that Abe "could always be trusted" and was a "strong partner".

Abe has been Japan's Prime Minister since 2012 and heavily backed Tokyo's bid to host the 2020 Olympic and Paralympic Games.

The Japanese capital was awarded hosting rights at the 125th IOC Session in 2013 - an event Abe spoke at.

Abe flew to Buenos Aires in Argentina from a G20 Summit in St Petersburg in Russia to address IOC members and allay fears over the Fukushima nuclear accident.

At the Rio 2016 Closing Ceremony, he appeared dressed as the popular Nintendo character Mario in one of the extravaganza's most memorable moments.

It now appears Japan will have a new Prime Minister should the the Olympics and Paralympics go ahead as planned.

Bach said in a statement issued to insidethegames that he had learnt of Abe's resignation "with great sadness".

"First of all, I would like to wish him all the very best in his fight against this disease with all the strength we know him to have," Abe said.

"His engagement was crucial to making the Tokyo Organising Committee the best prepared ever.

"Throughout these years, Prime Minister Abe was a strong partner who always stood up for the interests of Japan, and who at the same time could always be trusted.

"In this way, we were able to find solutions, even in the most difficult circumstances of the COVID-19 pandemic, which allow his vision for Japan to still come true, even if with one year’s delay.

"All the Japanese athletes and the athletes of the entire world are very grateful to him."

Abe was previously Prime Minister from 2006 to 2007, but stepped down because of his ulcerative colitis.

The 65-year-old made a series of hospital visits this month which were widely reported by the Japanese media.

His term is due to end in September 2021, with whoever is elected new LDP leader poised to complete it.

Abe will remain Prime Minister until the party has chosen a successor.

The Japanese Government's handling of the pandemic has been far from universally popular, with a poll from news agency Kyodo earlier this month reporting that the Cabinet had only a 36 er cent approval rating.

IPC President Andrew Parsons paid tribute to Abe and wished him "a swift and full recovery".

"His commitment to the Olympic and Paralympic Games has been unwavering and few will forget his involvement at the Rio 2016 Olympic Closing Ceremony when he appeared dressed as Super Mario," Parsons said.

"What has impressed me the most during his tenure is his desire to use the Tokyo 2020 Paralympic Games as a catalyst to drive social inclusion in Japan.

"He saw the full potential of the Paralympics and initiated several programmes and pieces of legislation that will change Japan forever.

"Thanks to his commitment to the Paralympic Movement, millions of persons with disabilities can pursue their dreams as active members of Japanese society, fully harnessing their potential and capabilities.

"There can be no better legacy than transforming the lives of millions of people for the better and on behalf of the whole Paralympic Movement, I would like to thank Prime Minister Abe for his dedication and commitment.

"In the meantime, the IPC look forward to working with his successor once elected and will continue preparations apace to deliver truly memorable and lifechanging Paralympic Games in 2021."

Tokyo 2020 President Yoshirō Mori, himself a former Japanese Prime Minister, expressed thanks for Abe's efforts and wished him a swift recovery.

"Prime Minister Abe led the vanguard in securing Tokyo's bid to host the 2020 Games, building a strong and collaborative organization at all levels", Mori said.

"This year, facing an unprecedented decision to postpone the games, the prime minister put his full and complete support - including a focus on the prevention of COVID-19 - toward ensuring the delivery of the Games next year."

Tokyo 2020 hopes to receive support from Abe regardless of his position, Mori added.