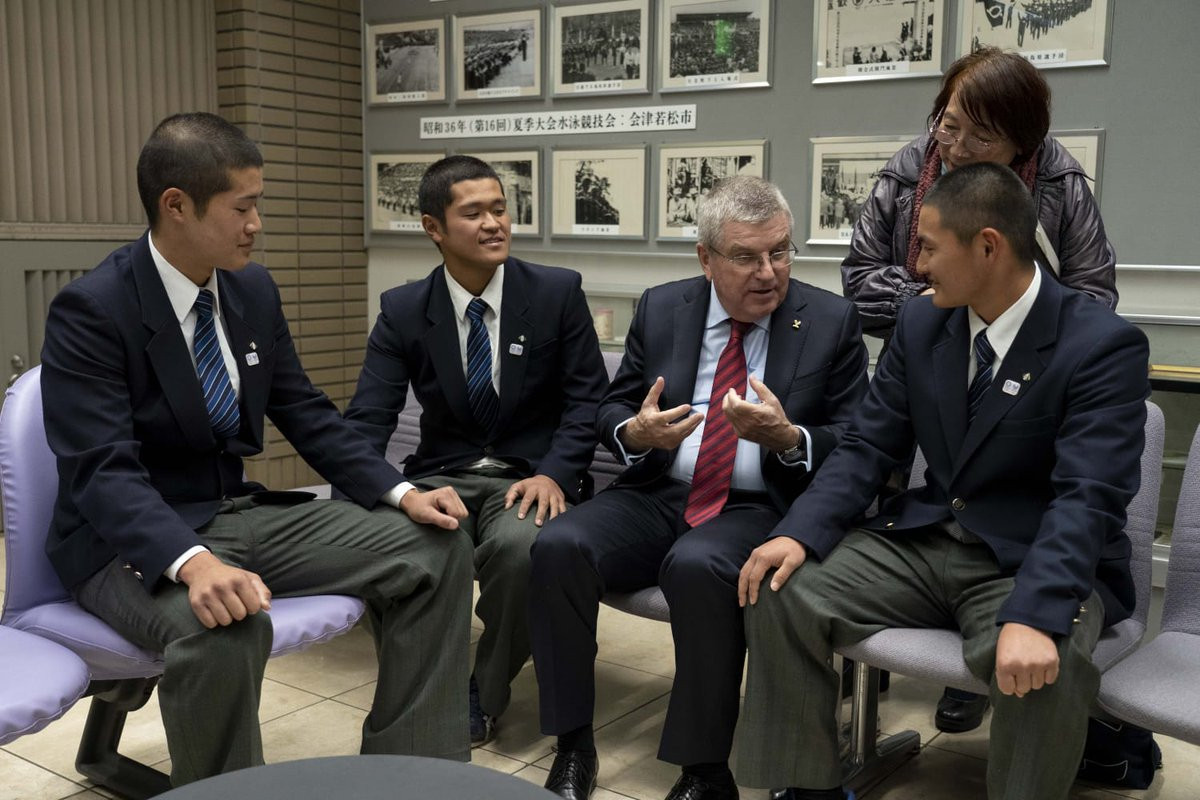 The 2020 Olympic and Paralympic Games are seen as a vital marker in the efforts to rebuild the region.

It is due to hold baseball and softball during Tokyo 2020.

Bach and Abe visited the Azuma Baseball Stadium, the host for the matches to be played during the Olympics, and met 60 youngsters who played baseball and softball.

"Sport and baseball have given hope to you and your families," Bach said.

IOC President Thomas Bach visited Fukushima prefecture today to view the Fukushima Azuma Baseball Stadium, one of the venues that will host softball and baseball matches during the Tokyo 2020 Games, and to meet with Prime Minister Abe. @Olympics @iocmedia pic.twitter.com/RPUALKrcxZ

"And sport has helped you to overcome many challenges as well as giving you the opportunities to meet team-mates and friends.

"In the end, this is what sport is all about."

Fukushima has also been chosen as the start of the Tokyo 2020 Torch Relay.

The passing of the flame is scheduled to start on March 26 in 2020 - a date that will mark the ninth anniversary of the disaster which killed 18,000 people and destroyed three nuclear reactors.

Areas near the crippled nuclear plant remain uninhabitable because of radiation dangers.

During a meeting with Bach, afterwards, Abe told him: "Japan was determined to showcase progress in the recovery of the region."

He praised the IOC for its "courage in deciding to have softball and basebaĺl in Fukushima during the Olympic Games".