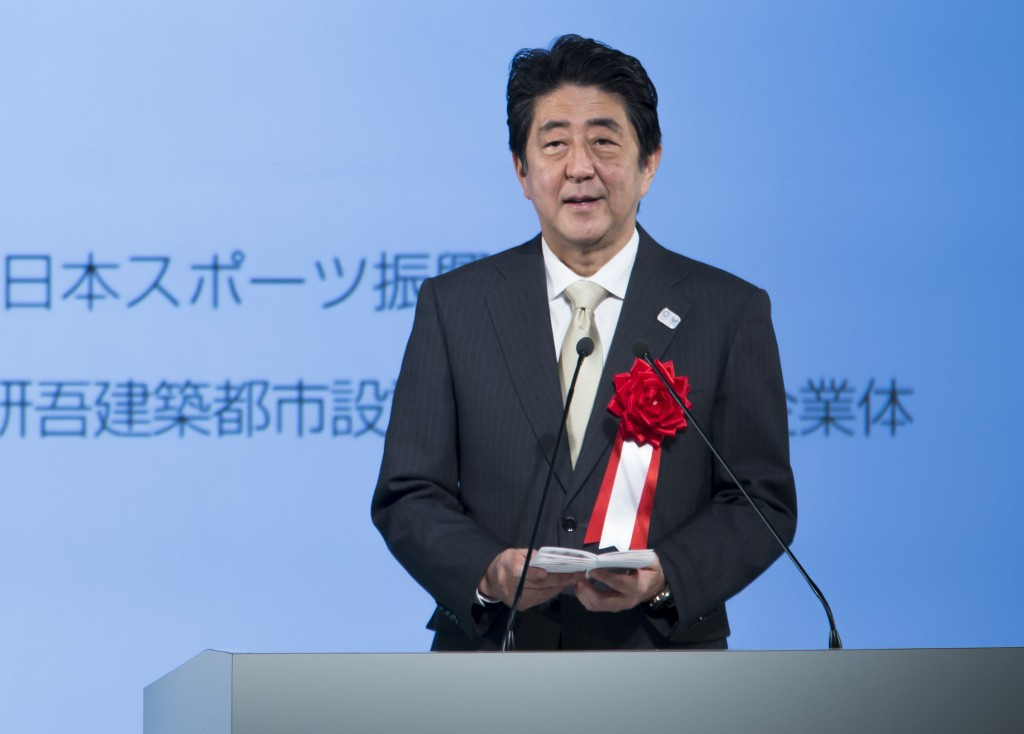 Japanese Prime Minister Shinzō Abe has expressed his confidence that the new Tokyo Olympic Stadium will become a "stronghold" for Japanese sport when attending a "groundbreaking" ceremony to launch the construction process today.

The ceremony, for which Tokyo Governor Yuriko Koike and Olympic Minister Tamayo Marukawa were also present, should mark the end of a fractious 16-month period since Abe announced the scrapping of initial designs for the new stadium.

Earth excavators arrived on the site last week to begin to lay the foundations of the new structure.

A 36-month construction timetable is then due to be completed in November 2019.

Opening and Closing ceremonies and athletics competitions are due to take place in the Stadium at both the Olympic and Paralympic Games, as well as yet-to-be-confirmed Olympic football matches.

"When we scrapped the original plan last July, I vowed to make the new venue be one that will be celebrated by the people and athletes, a place that can generate dreams and inspiration," Abe said today, as reported by Kyodo News.

"The new image of the stadium will realise an athlete first policy with the best universal design in the world and some Japanese flavour.

"I am very confident that this can be the stronghold of sport and culture for the new era."

New plans designed by architect Kengo Kuma - who was also present for the ceremony today - are focusing upon a scaled-down, wood-rich Japanese-style interior decoration scheme.

"I am delighted with the start of the construction work for the new national stadium," added Tokyo 2020 chief executive Toshiro Muto.

"I would like to express my sincere gratitude to the Japan Sport Council, which is in charge of the delivery of the new national stadium, and all related parties for their efforts.

"We are looking forward very much to using it as the centrepiece of the Tokyo 2020 Games.

"I am confident that the stadium will be the perfect setting for both athletes and spectators alike."

One lingering concern relates to fears that "illegal" timber may be used to construct the stadium.

According to AsianCorrespondent, a letter endorsed by 44 organisations and environmentalists around the world has been hand-delivered to the International Olympic Committee (IOC).

It highlights concerns that the use of timber imported from endangered rainforests in Malaysia and Indonesia could have "devastating consequences for biodiversity, climate change, and local communities who rely on forest resources for their livelihoods".

“Efforts by the Japanese Government and the Tokyo Olympic organisers to mitigate these serious risks have been woefully inadequate," the letter reportedly added.

“We urge the International IOC to take immediate action to ensure the sustainability aspirations of the Olympics are met and the timber used for Olympic construction does not leave a legacy of human rights violations and environmental devastation."

insidethegames has contacted Tokyo 2020, the Japan Sports Council and the IOC for a response.

Another issue with the venue is that no place has been found for the Olympic cauldron at the partly wooden venue.

It was supposed to host the Rugby World Cup Final in 2019 but delays caused by the first plan being scrapped mean it will not be ready in time.