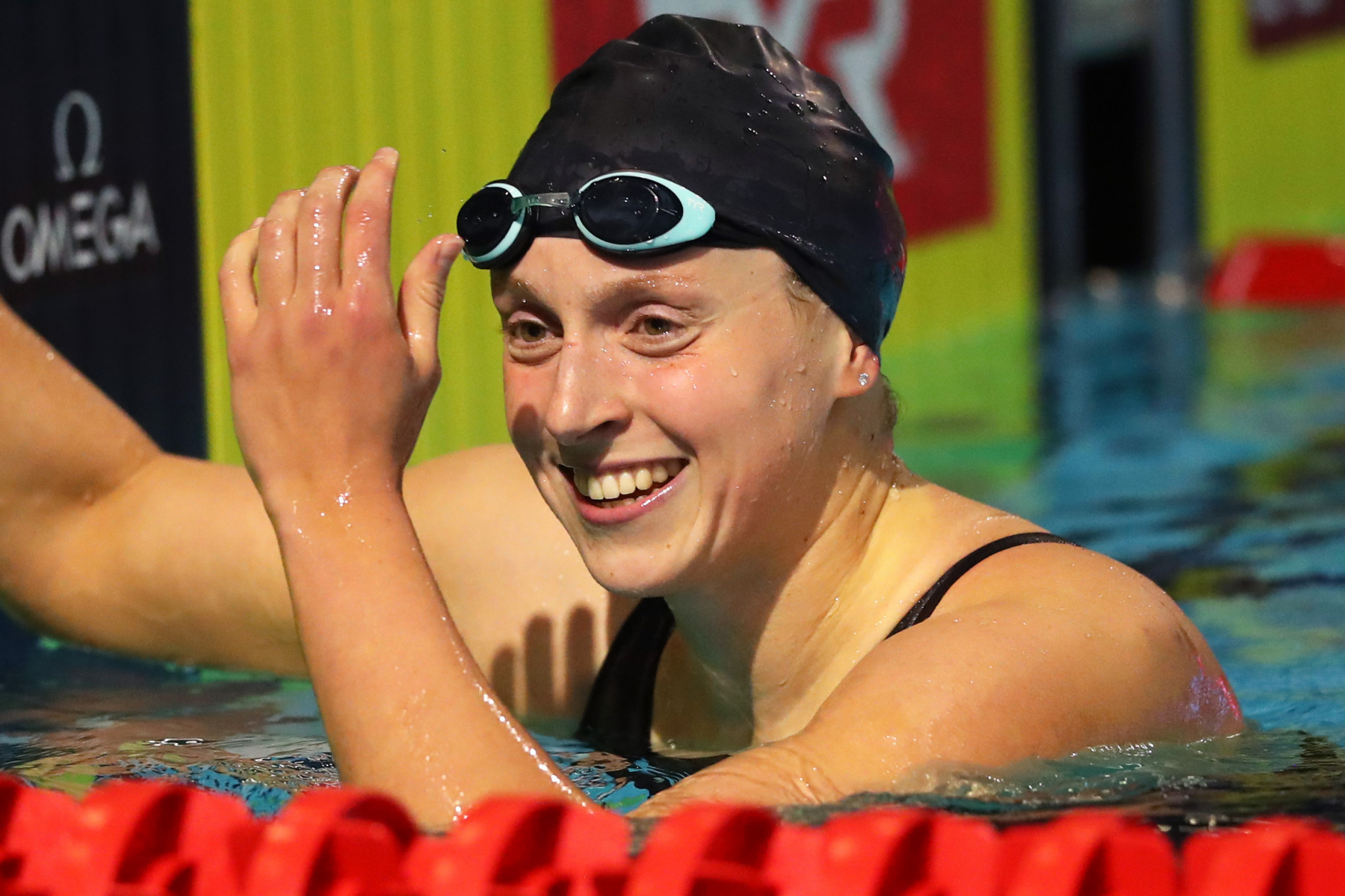 Five-time Olympic swimming champion Katie Ledecky says athletes are "ready to adjust" to a scaled-down Games in Tokyo next year.

The American gave an extensive interview to Kyodo News about Tokyo 2020, postponed until July 23 to August 8 2021 due to the coronavirus pandemic.

Both the International Olympic Committee and local organisers have promised to deliver a simplified version of the Games next year.

The possibility of the Olympics being held behind closed doors has also not been ruled out.

"I think we all understand that the Olympics next year might not look like a normal Olympics, and that there will be some changes," Ledecky said.

"But really, nothing about our lives is normal right now.

"So I think we are all ready to adjust and be ready for anything that we need to do as athletes to make sure that the games are able to go on."

The 23-year-old, who won the 800 metre freestyle at the London 2012 Olympics and added victories in the 200m, 400m and 800m freestyle events as well as the 4x200m freestyle relay at the Rio 2016 Games, was able to train during lockdown by using a recreational pool at a friend’s house.

She revealed her first emotion following the postponement of Tokyo 2020 was relief.

"I think my initial reaction was one of relief because I think the week or two weeks leading up to the announcement, we all were feeling a lot of stress and we were kind of anticipating the postponement," Ledecky said.

"You could kind of see it coming and I was relieved that we didn't have to scramble to try to figure out how to train during this time."

There are still doubts about next year's Games taking place at all, however.

To date, there have been more than 15.7 million confirmed cases of COVID-19 worldwide, resulting in the deaths of at least 636,000 people.

Japan has also recently seen a spike in COVID-19 cases, with Tokyo hitting more than 200 new cases daily for the majority of the past two weeks.

Ledecky, who has also won 15 world long-course golds, said she understood if Tokyo 2020 was cancelled over safety concerns.

"It's hard as an athlete to train very hard for something and have it be canceled.

"But at the same time, I understand the reality that we are all facing.

"I know it's a decision that isn't being taken lightly by anyone and I know that a lot of thought and a lot of minds will go in to that decision and I trust that the best decision will be made for our world, not just for us as athletes."