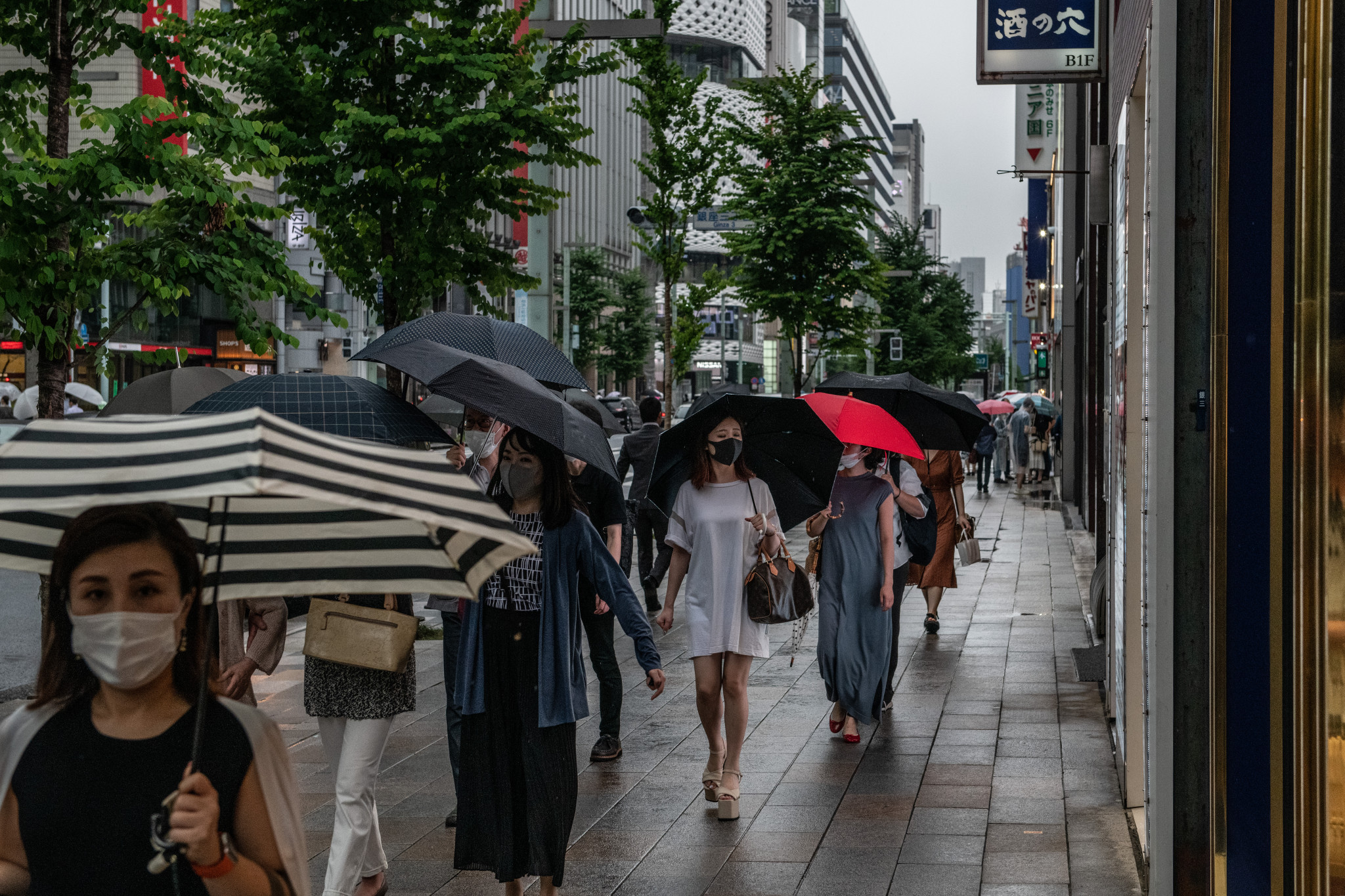 A record high of 224 daily coronavirus cases in the Olympic and Paralympic host city of Tokyo has been attributed to increased testing.

It is the highest number of daily cases in Tokyo since the coronavirus pandemic began.

Tokyo Governor Yuriko Koike claimed that increased testing had led to the surge, with night-time businesses encouraged to have their staff tested.

Officials have also argued that the rise in cases is dissimilar to the spike in April.

This time, it is mainly people in their 20s and 30s who are testing positive, with this age group unlikely to become severely ill.

The Japanese capital will subsequently not re-enter a state of emergency.

Tokyo's virus monitoring panel meeting did hear a report that infections were increasing among people in their 40s and 50s, however.

Japan has reported more than 20,100 cases of coronavirus in total, resulting in 980 deaths.

The third phase of reopening in the capital began at the start of June, which included allowing bars and restaurants to have longer opening hours.

Nightclubs and other entertainment industries not included in the third phase of plans were allowed to open towards the end of June.

Since Koike allowed businesses to open again, there has been a rise in daily cases, roughly tripling since the re-opening date.

The 67-year-old was re-elected as Tokyo Governor last week.

Along with coronavirus, Koike will also have to deal with the re-organisation of the Olympics and Paralympics during her second term.

The Games were postponed to 2021 because of the pandemic.

A survey conducted by the Japan News Network suggested that 77 per cent of Japanese people believe the event cannot go ahead next year.